The top things to do in Fukushima prefecture

Despite the tragedies that occurred in Fukushima over five years ago, this northern prefecture - one of Japan's largest - is open for business. You won't find hordes of other travelers here, leaving you to enjoy the sites in serenity. What you will find are beautiful castles, old post towns, numerous traditional crafts and mouth-watering food.

Here are the top 10 things to do in Fukushima, in no particular order:

This old post town was once located on the road that connected parts of Tohoku with the shogunal mausoleums of Nikko in Tochigi Prefecture. Even today, the village is remarkably preserved, making visitors feel as if they have stepped back into the Edo Period. The few dozen houses double as craft shops and small eateries, many of which serve miso-slathered rice dumplings or handmade soba noodles. The best view of the town comes from the viewpoint near the hillside shrine.

Arguably Tohoku’s most impressive castle, Tsuruga is often remembered for its role in Japan’s Boshin Civil War, when it was one of the last remaining samurai strongholds. It was destroyed in the conflict, but rebuilt in the 1960s and now houses an interesting history museum. The castle roof is the only one of its kind to use red tiles. The grounds of Tsuruga-jo are an excellent place to catch Tohoku’s cherry blossoms in mid-April; the view from atop the outer walls is particularly impressive.

Iimoriyama’s place in history is a sad one, having been the spot from which the young samurai corps known as the Byakkotai, or White Tigers Corps, committed ritual suicide as they watched their stronghold of Tsuruga Castle burning in the distance. Two museums devoted to the young warriors’ story are located on the hill, as is the Sazaedou Pagoda, a spiral-shaped wooden structure that visitors can actually enter in order to view the unique interior.

The Gran Deco ski resort is one of Tohoku’s top winter escapes, with snow conditions that are perfect for both skiing and snowboarding. In the warmer months, visitors can explore the myriad hiking trails that crisscross the surrounding Bandai-Asahi National Park. Come autumn, some of Tohoku’s best fall foliage can be viewed from the nearby Azuma Bandai skyline drive. The resort’s proximity to Tokyo makes it a popular escape in any season.

Tonohetsuri, a name from the old Aizu dialect that means “cliff overlooking a river”, certainly lives up to its name. The natural landmark is comprised of a 200-meter long series of cliffs that have been weathered into unique shapes over the centuries. The forest along the cliffs is a popular spot to catch the autumn foliage. A bridge leads from across the river to the cliffs themselves, though recent flood activity has made much of the old walking route impassable.

The historic Nanokamachi Street is located not far from the castle district of Aizu-Wakamatsu. The street is lined with craft shops, many selling such local goods as akabeko (red cows said to ward off bad luck), Aizu’s famous candles and the region’s famed lacquerware. A handful of sake breweries also line the street, offering visitors the chance to taste some of the Aizu’s best brews. Nanokamachi Street is easily reached via the Aizuwakamatsu Loop bus, which connects it to the city’s main train station as well as Tsuruga-jo Castle.

Abukuma-do, or Abukuma Cave, is the only limestone cave in Fukushima. The cavern’s impressive stalactites and stalagmites have been formed over the course of 80 million years. Some have been given unique names, such as “the Christmas tree” or “Dragon’s Palace”. There is a route of paths and stairs through the cave, though some parts can get a bit narrow and dark. Abukuma makes for the perfect summer escape, as the cave maintains a consistent 15 degree Celsius temperature year-round.

Even if you don’t recognize Hideyo Noguchi’s name, you’ve surely seen his face – on the front of the ¥1000 bill. In Fukushima, you can visit the Noguchi Memorial Hall to learn about what earned this man his place on Japan’s currency. Among other accomplishments, Noguchi worked to develop the first vaccine to guard against yellow fever and discovered the agent responsible for causing syphilis. Noguchi’s work earned him a Nobel nomination. The memorial hall also encompasses part of Noguchi’s Meija-era home.

Goshikinuma, or the “five-colored marshes”, are a series of ponds and lakes located in the highlands of Bandai-Asahi National Park. The multi-colored lakes were formed after an eruption in 1887 caused aluminum and silicone to leach into the newly-created bodies of water. Algae and iron oxide later lent even more distinctive hues. A hike leads from the Urabandai Visitors’ Center around a dozen of the lakes; fit individuals can easily walk the route in an hour.

Fukushima Prefecture offers plenty of opportunities to taste local specialties. The ramen of Kitakata in the western part of the prefecture is considered one of Japan's main ramen types. The noodles are characterized by their flatness, and the aging process gives them the perfect texture to hold up to the hot broth. Fukushima City itself is noted for its emban gyoza, served in over a dozen eateries.The crescent-shaped dumplings, filled with a variety of ingredients, are fried and served in the form of a disk. Fukushima's peaches are noted for the sweetness, perfect on their own or in the form of jam or jelly.

Fukushima is easily reached by a variety of means of transportation. The prefecture is linked to Tokyo and the rest of Tohoku by both the shinkansen and regional trains, while domestic flights serve Fukushima Airport. 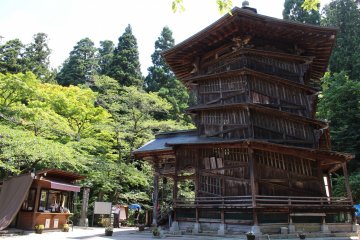 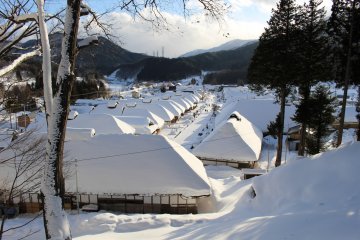 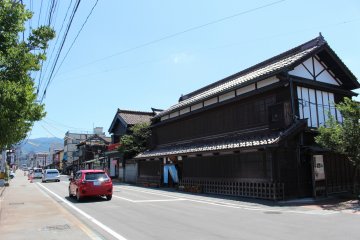 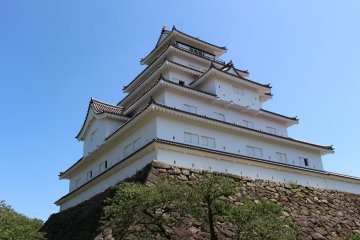 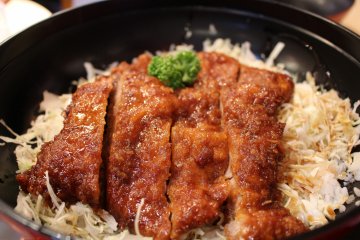 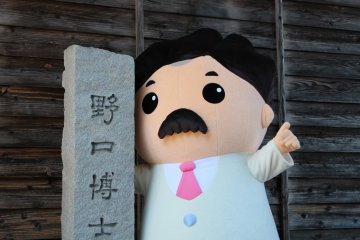 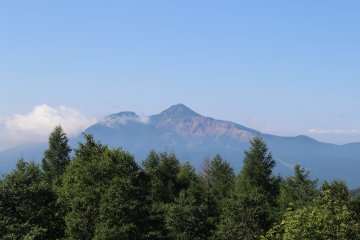 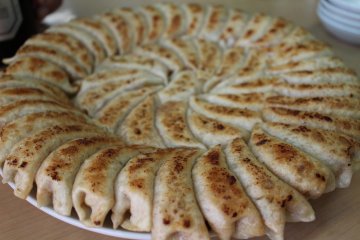 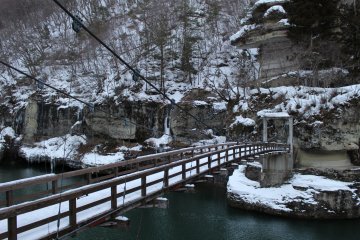 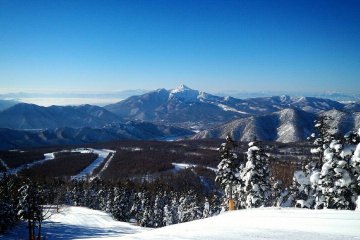 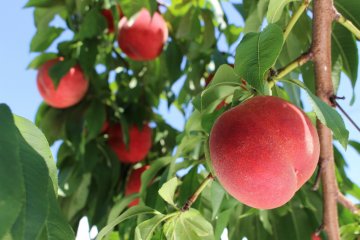 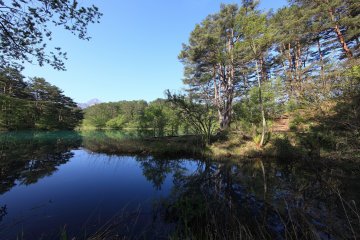 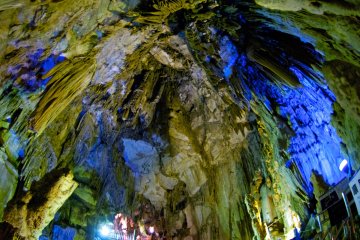 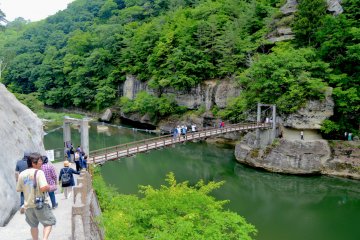