Last week the 2017 results of the authoritative “Annual Japan Sake Awards” were announced by the National Research Institute of Brewing. The title of “Best Sake in Japan” is again Fukushima. This marks the 5th consecutive year Fukushima prefecture has been awarded the most Gold Prizes in the century old contest.

Out of a total of 242 Gold Prizes awarded across Japan, Fukushima received 22. A close second is Miyagi with 20, and Akita third with 16. It has long been said the six prefectures of Tohoku, located in the northern part of the main island Honshu, produces exceptional sake. This year’s results confirmed the popular belief with the region as a whole claiming 35%, or 85 of the coveted Gold Prizes.

A Gold Prize is only given to the best of the best of sake. This year there were 437 entries from across the nation, with each brewer allowed to only submit one unprocessed Ginjo-shu sake for consideration. Sake are evaluated through a blind test for “aroma” “taste” and “total quality” with overall sensory evaluation included in the final judging. The judging panel includes sake manufacturers, sake specialists from prefectural research centers, and technical officers from the National Tax Agency.

Fukushima sake quality is said to have progressed rapidly since the 2011 Great East Japan Earthquake. Sake brewers suffering from radiation scares experimented with new innovative techniques in order to survive as a business. With the tagline “Fukushima Pride”, Fukushima breweries are not only raising their own standards, but challenging all of Japan to produce better sake each and every year.

Information about the Annual Japan Sake Awards, and a list of this year’s winners, can be found on the National Research Institute of Brewing website. 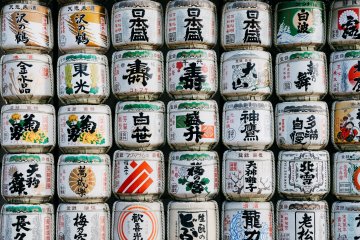 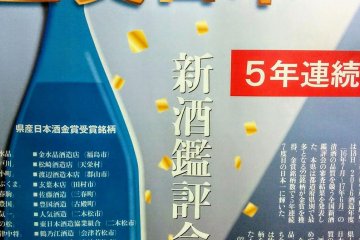