Deep in the country, enjoy the works of Salvador Dali!

One summer, I decided to get right out into the countryside, into the beautiful but very rural district of Urabandai, where the biggest hub of activity for miles around is the local 7-11. At least, that's what I'd thought; but checking a map online, I discovered the improbable existence of a grand museum here, dedicated to the works of Salvador Dali. This I had to see.

Set back from the main road, it's an impressive long building, in a classical style which reminded me a little of a central European barracks. There's a moat-like pond in front of the museum, and a gentle stream running through the grounds, which also give a good view of the surrounding hills.

The main room is one big, long space, pretty much the whole length of the museum, reminiscent of the mighty exhibition halls of Paris. It's full of Dali's signature surreal sculptures: Space Elephant, with a crystal ziggurat on top and spindly, absurdly elongated legs; Giraffe Venus, a reimagining of the Venus de Milo with a massive long neck; floppy watches draped over limbs, drawers opening out of human bodies, a tiny angel on a giant winged snail.

Then in a room to itself at the end there's The Battle of Tetuan, Dali's largest painting, depicting a battle from Spain's occupation of Morocco. It's inspired by another Spanish painting contemporary to the battle, but with his typical knowingly comical egotism, Dali has inserted himself and his wife Gala into the action.

As well as this feast for the eyes, the museum also holds special exhibitions, often featuring works from the museum collection by other artists, such as Renoir, Picasso and Cezanne. When I visited, I saw an exhibition on Dali's lifelong collaborations with photographer Philippe Halsman, and very interesting it was too, helped by plentiful English explanation.

I learned, for example, that the extraordinary picture Dali Atomicus wasn't made by montage or trickery, but really was just a single shot, created by throwing cats and water across the room, and snapping at just the right moment. According to Halsman, to get the perfect shot it took five hours, twenty-six attempts, and a lot of mopping; but while by the end the artists and assistants were drained, the cats were just fine.

After you've enjoyed all the art, you can get your souvenirs from the museum shop, selling a decent range of prints, cards, bags, T-shirts and other Dali-related merchandise. Then admire your purchases over coffee or locally produced juice at the cafe, while Dali watches over you through a magnifying glass.

The museum is just down the road from Active Resorts Urabandai and the Urabandai Visitor Centre. The nearest station is Inawashiro on the JR Ban'etsu west line; from there it's about twenty minutes on the bus, to Morohashi Kindai Bijutsukan Mae bus stop.

It's open daily from 9:30 to 17:30 (17:00 in November), but is closed from December through April, and closes also for exhibition changeovers. The exact closure dates vary each year, and can be found on the museum website.

Admission is ￥1300 for adults, with substantial discounts for groups, university students and high school students. There's free admission for children of junior high school age or younger, and for the disabled and their carers. A museum passport (which I assume allows admission for one year) is available for ￥2500. 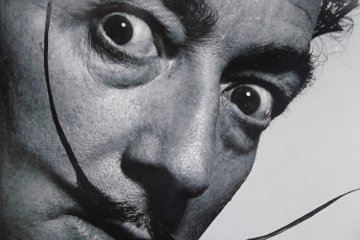 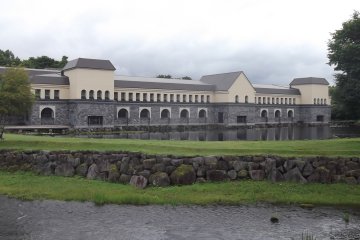 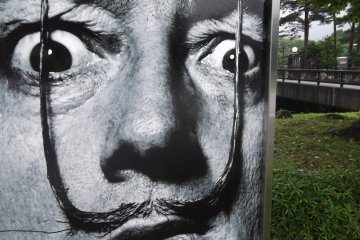 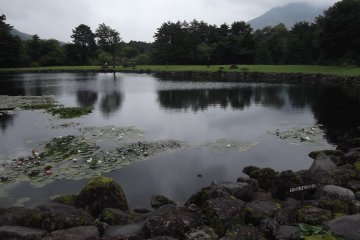 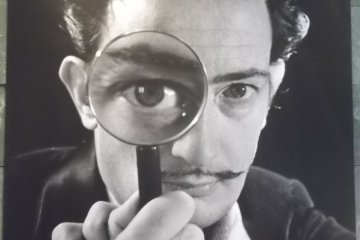 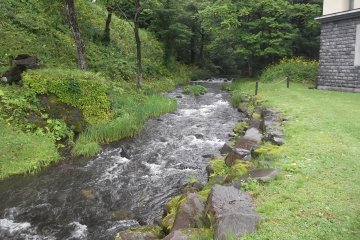 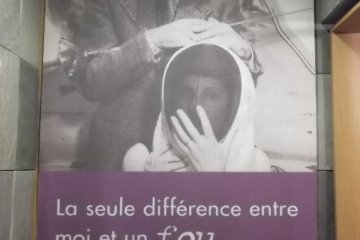 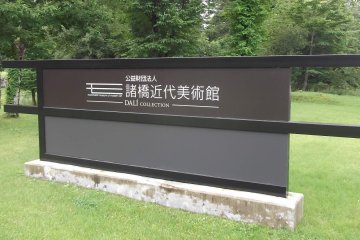