Add a dose of kawaii to your travels

Japan has long been known as the home of all things kawaii, or cute, and this extends to many realms of life that can often be regular or even mundane -- including transport! These five trains help give a hearty dose of fun to any journey, and make travel anything but boring.

The Hello Kitty Shinkansen made its debut in 2018, and makes the journey from Shin-Osaka to Hakata (and vice-versa) along the Sanyo Shinkansen Line. Both the interior and the exterior of the shinkansen is decorated in theme, with pink-colored carriages and dedicated photo spots. You can see more of the Hello Kitty shinkansen interior on the official website.

The Fujisan Express operates from Otsuki to Kawaguchiko and is part of the Fujikyu Railway. It was designed to offer patrons a better view of Mount Fuji, and there is a special observation car on-board. The route also stops at Fuji-Q Highland Station, which is right by the amusement park of the same name.

Pokémon With You train

Running from Ichinoseki in Iwate to Kesennuma in Miyagi (and vice versa), the Pokémon With You train initially started as a way to revitalize the Tohoku region after the earthquake and tsunami in 2011. Pikachu is depicted everywhere throughout the train, including on the seats, the curtains, and more. There is also a dedicated playroom car, which is perfect if you're traveling with little ones.

Operating on part of the San'in Main Line between Tottori Station and Yonago Station, the Conan Tottori Liner has been in operation since 2012 and provides a fun travel experience for fans of the Detective Conan manga series. The monthly timetable for when the Conan trains run can be found on the Tottori Prefectural website here (in Japanese).

Whilst technically not a train, Nara's Ikoma Cable Line certainly has cute carriages that warrant a mention. The line itself has been in operation since 1928, but the bulldog and cat decorated cable cars were only added to the route in 2000. The cable cars are the easiest way to reach Mount Ikoma, which offers some great views and pleasant hiking opportunities. 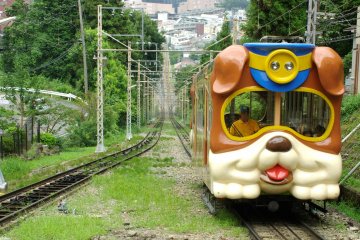 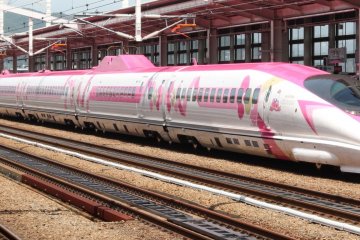 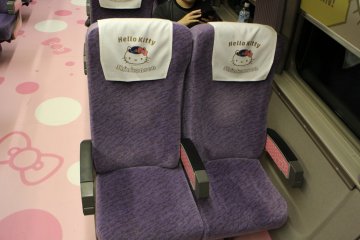 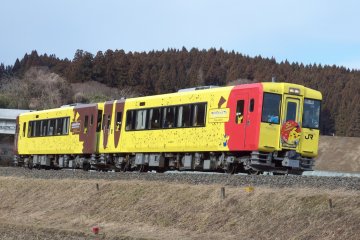 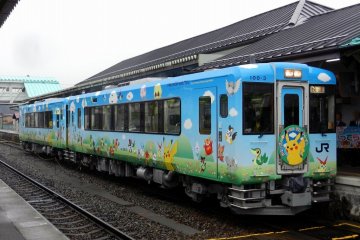 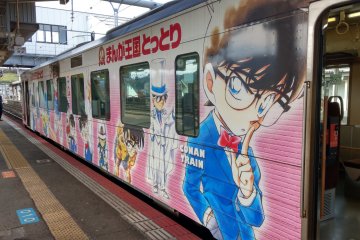 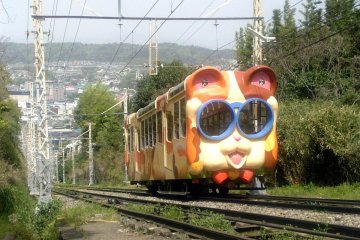 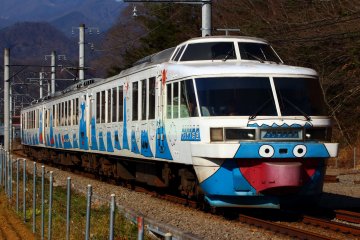