Smoke from burning plant debris drifted through the trees and over and around the closed down stores and buildings of the Ikoma-Sanjo Amusement Park filling the air with an acrid and familiar winter smell. A view of open sky down an alleyway between shops and attractions hinted at an unobstructed view to the north. As I approached the perimeter of the park the view materialized and spread wide firing my awe and spurring me into a run.

The border between Nara and Osaka Prefectures is marked by the 642 meter high (2,106 foot) Mt. Ikoma. It's a prominent landmark on Nara's western horizon and with trains running past its base and two sets of cable cars running to its summit, one of the most accessible mountains in the Kansai Region. Hozanji Temple and the historic shopping and entertainment district that grew up around and below it, hiking and the Ikoma-Sanjo Amusement Park at the summit of the mountain make it a great outing for those in Osaka, Nara or Kyoto.

The Ikoma-Sanjo Amusement Park is aimed squarely at families with children. None of the rides are especially scary so roller coaster fans and thrill seekers should best look elsewhere for their thrills. The park's attractions were closed on my wintertime visit, but walking the deserted grounds and being one of less than 10 people in the area was an eerie, almost post-apocalyptic but enjoyable experience. The expansive views stretching from Kansai International Airport in the southwest, Osaka and Kobe in the west, the southern part of Kyoto in the north and northeast, and the mountains, oceans and islands visible beyond them were well worth coming to see. Being level with planes taking off from or coming in to land at Itami Airport in Osaka was a great cherry for the top of the cake.

Mt. Ikoma is most easily accessed by the Ikoma Cable Cars in Ikoma City in Nara Prefecture. Get the Kintetsu Line to Ikoma Station, go out one of the 2nd floor gates on the south side of the station and walk along the walkways to Torii-Mae Cable Car Station. Take the cable car to the Hozanji Temple stop (near Hozanji Temple and the historic district around it) and then walk across the platform to the second cable car for the ride to the summit. The one way fare from Torii-Mae to Ikoma-Sanjo is ¥360. Stopping off at Hozanji to see the temple and its historic on the way up or down is permitted and make the trip even more fun. 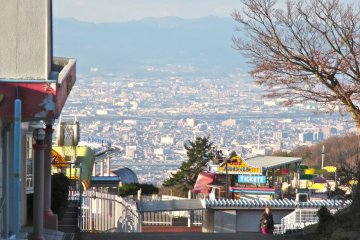 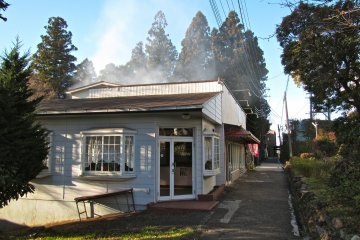 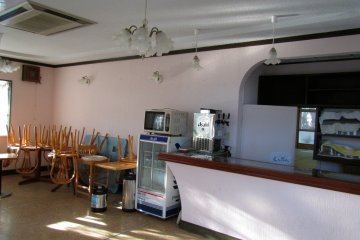 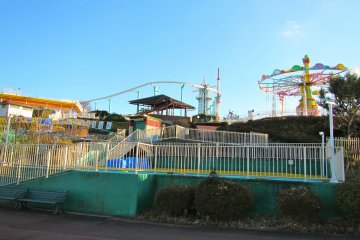 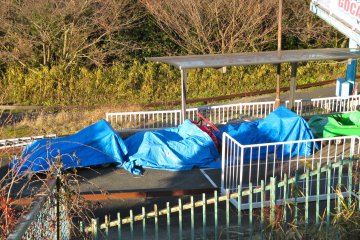 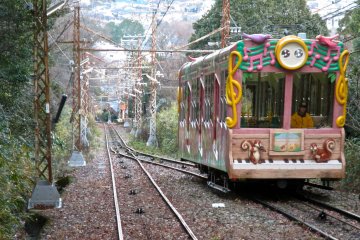 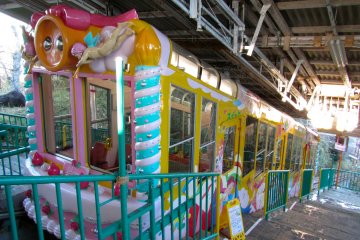 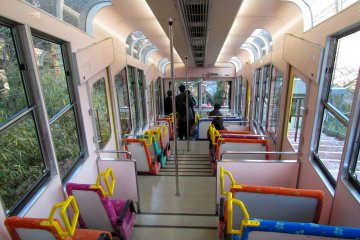 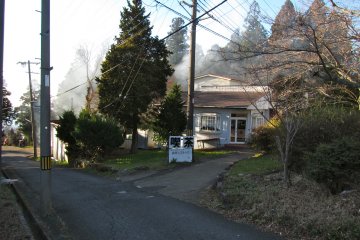 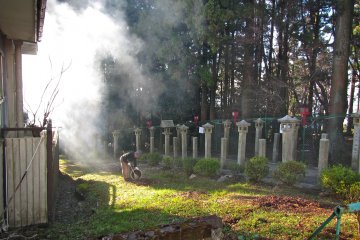 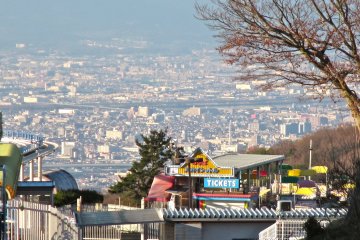 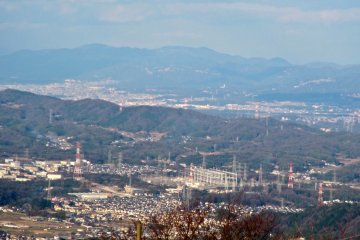 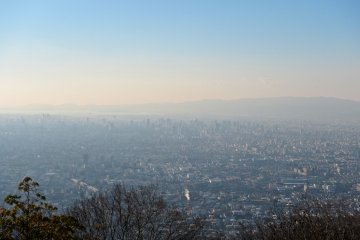 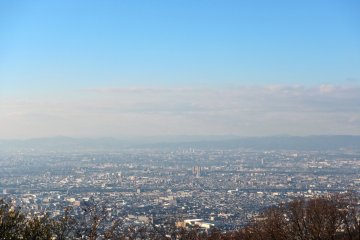 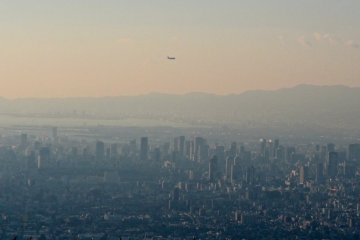 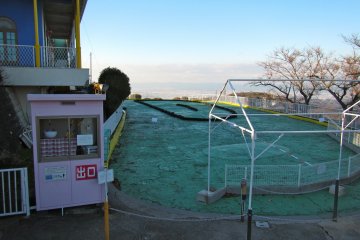 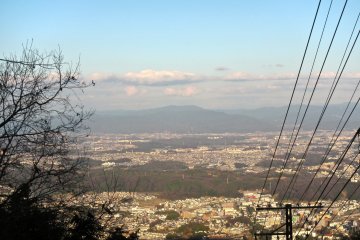 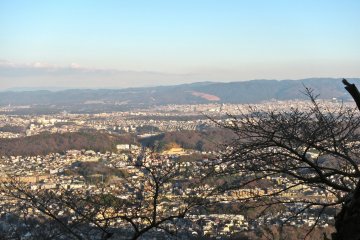