5 of Japan's Best Castles for Sakura-viewing

Japan has a huge number of incredible places to enjoy the best of sakura season, and a number of castle grounds are filled with cherry trees galore. If you'd like your cherry blossom experience to come complete with a castle as the backdrop, look no further - here are five of the country's best spots!

If you're seeking a quintessentially Japanese springtime scene, Himeji Castle is hard to beat. The castle's origins date back to 1333, and it was recognized as a UNESCO World Heritage Site back in 1993. There are close to 2000 cherry trees on the grounds here, and the spectacular scenery will have you understanding why this is the country's most-visited castle.

Osaka Castle is one of the city's most popular destinations year-round, but there's something extra special about the spring season here. There are approximately 3000 cherry trees on the castle park grounds in both Somei yoshino and yaezakura varieties, ensuring that there is plenty of beauty for visitors to enjoy. The best time to catch the trees at their peak is typically from late March until early April.

The grounds of Niigata's Takada Castle are home to over 2000 cherry trees, and the annual sakura festival held here draws in visitors from both inside and outside the prefecture. Part of the festival involves the trees being illuminated after dark, which creates a magical, ethereal scene - there's something special about the delicate pink sakura being reflected off the castle's moat.

The grounds of the Hirosaki Castle Park are filled with around 2600 cherry trees in several different varieties, including the likes of Somei Yoshino and Shidarezakura (also known as weeping cherry blossoms). Interestingly, the trees at the park here are said to yield more blossoms than other places in Japan due to a special pruning technique that was derived from apple tree pruning.

Matsue Castle is fascinating in and of itself given that it's one of Japan's few original castles, but it's extra delightful during the spring months. Around 200 sakura trees dot the grounds here, and the best time to catch them in full bloom is from late March through until early April. Visitors can head inside the castle, too, and enjoy some fantastic views out over Matsue City from the top floor. The castle grounds are free to enjoy, but if you do want to head inside the castle there is a fee of 680 yen. 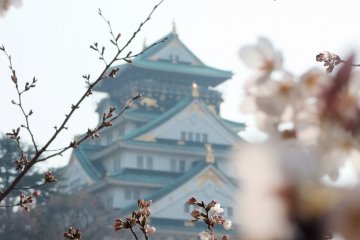 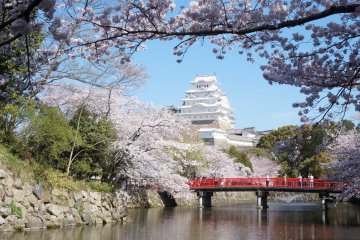 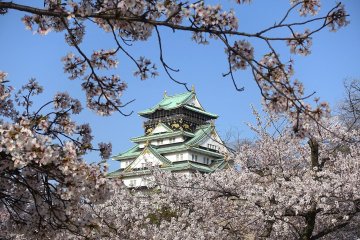 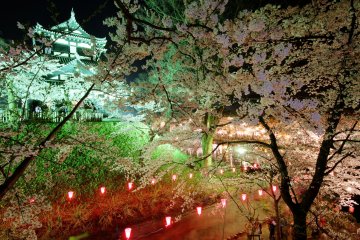 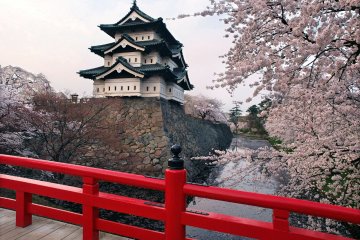