An ideal 5K loop you must do when in Tokyo

If you have time for only one run in Tokyo, you must do the Imperial Palace course. Home to the most famous family in Japan, the palace lies at the heart of the capital. The 5 km circuit around the palace is extremely popular among runners, and many races have been held there over the years.

Its most famous runner is Crown Prince Naruhito – who is occasionally spotted jogging the perimeter. During lunch and after working hours, the pathway becomes congested with throngs of runners who share the space with tourists. Police have to divert runners to an alternate course for part of the circuit during the cherry blossom season to accommodate the influx of viewers.

Centrally located, it is the ideal course to run. To the south are the Ginza shopping area and Marunouchi business district. To the west is the Diet, and further west, Akasaka and Roppongi. To the northeast is Akihabara electric town and Ueno. If you are looking at doing a 10-15 km run from your hotel or accommodation, the palace is most likely accessible and easy to find.

Proceed with the palace always to your left – etiquette requires runners to follow the course counter-clockwise, which helps keep the flow of joggers moving. Imagining the palace as a clock:

The perimeter of the palace is strategically dotted with drinking fountains and toilets. Note that there are no vending machines or convenience stores along the route, even on the opposite side of the road, but if you do need any assistance, there are several koban (police boxes).

For a locker and shower facility, Runbase is located a little off the course, just 3 minutes away at about 7 o’clock in the map. Store your stuff, rent running gear, change, shower, relax and hydrate with cold pressed juices and smoothies. Runbase also organizes free training sessions with professional running coaches.

As well as following the course counter-clockwise, runners are strongly urged to refrain from using headphones and mobile phones while running. Some parts of the course can be quite narrow so prepare to walk or run in a single file. Group runners should not run side by side and block the footpath, which is shared with bikers and tourists alike.

So if you're looking for the best time to run around the palace, early in the morning is perhaps optimal. There are fewer runners and tourists so it feels like you have the circuit to yourself. It is a great way to start the day whether you have sightseeing or business meetings ahead. And who knows, you just might see the Emperor or other royal family members leave the Palace. They might even give you a wave.

The Imperial Palace can be accessed from several stations but if you plan to use Runbase, use Nagatacho Station. 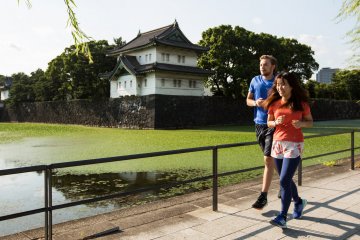 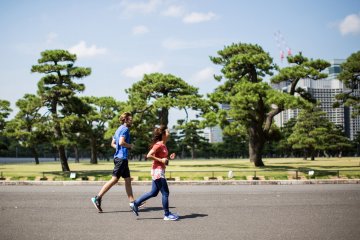 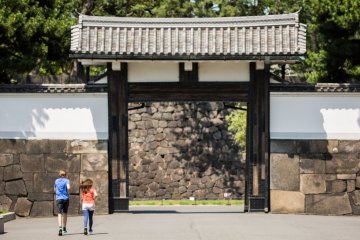 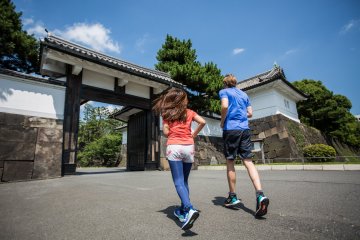 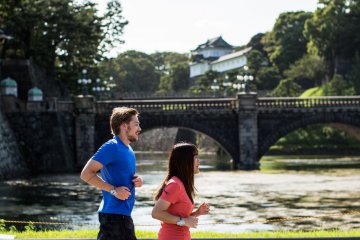 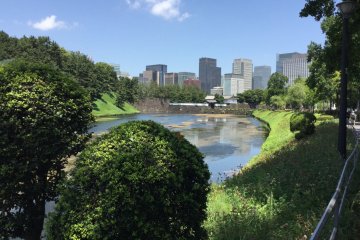 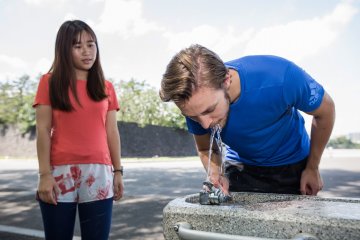 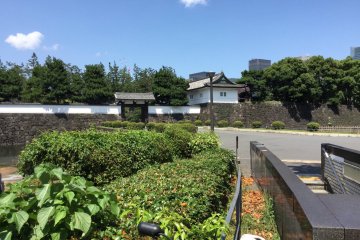 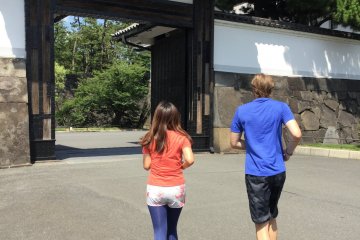 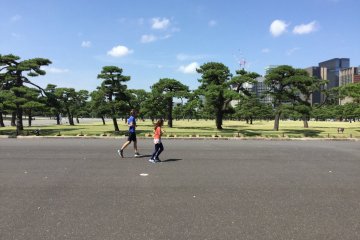 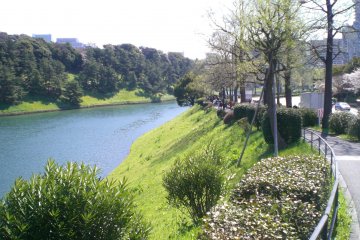