Akemashite Omedeto Gozaimasu (Happy New Year)! The New Year is fast approaching. How will you celebrate? Something we found unique and exciting to share with our friends & family back home was the New Year Greeting from Their Majesties the Emperor and Empress, and other members of the Imperial Family. Every year on January 2nd you can receive the greeting by joining hundreds of locals and foreigners alike on the grounds of the Imperial Palace in Tokyo. On this rare occasion, you will be given a souvenir National flag called “Hinomaru" to wave when the Royal Family appear on the balcony to address the crowd paying homage.

As stated in the Constitution of Japan, the Emperor is "the symbol of the State and of the unity of the people" and derives his position from "the will of the people with whom resides sovereign power." This is why so many flock to greet and listen with intent to His Majesty the Emperor as he delivers an address. Also known as Ippan Sanga, the New Year’s Greeting is scheduled throughout the 2nd day of January between 9:30am and 3:00pm. It is just one of two days that the Imperial Palace is open to the public (the other is on the Emperor’s birthday, December 23rd). Depending on the time you arrive at the palace grounds, you can catch a glimpse of the ritual at 10:10am, 11:00am, 11:50am, 1:30pm, and 2:20pm.

The orderly journey begins once you step through the security check; bags will be examined and a brush of the wand for extra safety measures. You then proceed to the numbered roped-off sections and patiently wait until the palace policemen release the next wave. Expect to wait here for about 45 minutes, so be sure to dress warm. If you look beyond the Main entrance, you can estimate when you’ll start the pilgrimage to see Their Majesties the Emperor and Empress, and other members of the Imperial Family. The hundreds of visitors crossing Nijubashi Bridge will soon disappear into the grounds of the Imperial Palace.

Now it’s your turn to enter the Imperial Palace. As you make your way up, don’t forget to look back and see where you've started. You’ll be amazed with where you are and whom you are standing amongst. It’s just surreal! Then continue making your way through what is now a steel bridge. Nijubashi Bridge was originally made of wood and doubled for support (niju means “doubled” and bashi means “bridge”). The uphill path begins to curve and at the top is Kyuden Totei Plaza, which is located in front of Chowaden Hall. The Hall has a glass balcony that is temporarily installed outside of the corridor where the Imperial Family will stand. Get your cameras ready! Once the family is present, everyone begins to wave their flags to express their thanks and offer greetings. This probably lasts about a minute and the chatter comes to a complete halt. His Majesty the Emperor then addresses the public in Japanese, for about three minutes.

Once on the palace grounds, everything happened so quickly so be sure to soak in the royal environment. It was such a great experience! How cool is it to say that you were in the presence of His Majesty the Emperor of Japan? On November 19, 2013, Caroline Kennedy, the incoming U.S. Ambassador tweeted: "Honored to present my credentials to His Majesty the Emperor of Japan. What a memorable day!"

To access the Imperial Palace in Tokyo, I would recommend getting off at Yurakucho Station on the Hibiya Subway line. This will lead you directly the Main gate. Otherwise, from Tokyo Station it’s about a 10-minute walk. 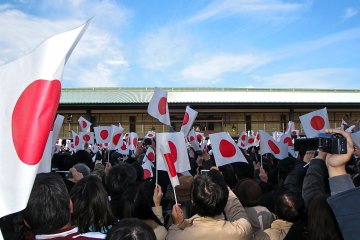 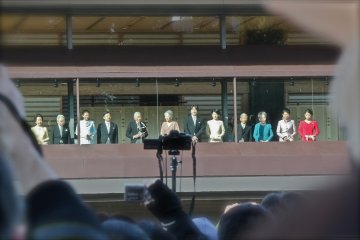 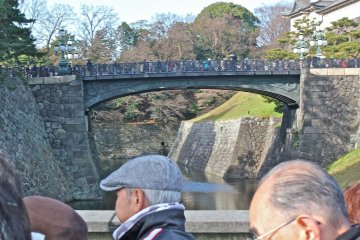 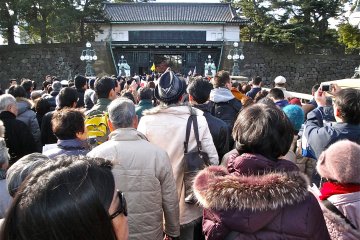 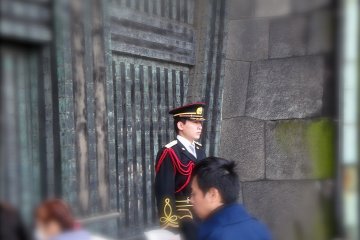 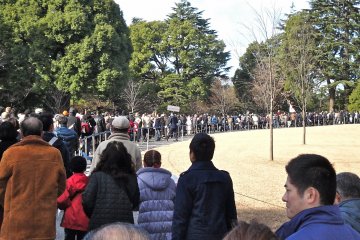 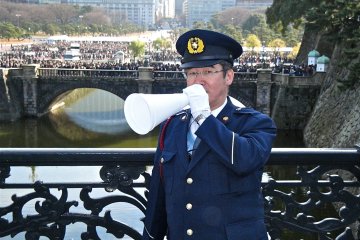 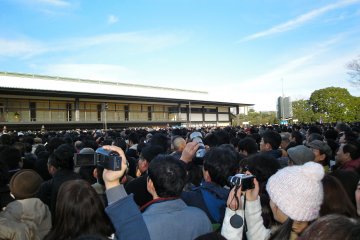 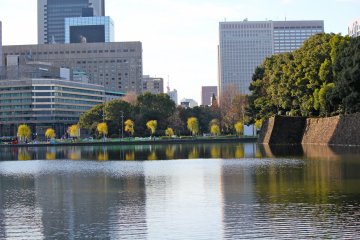 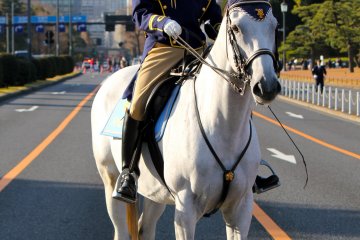 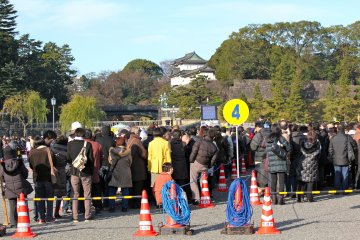 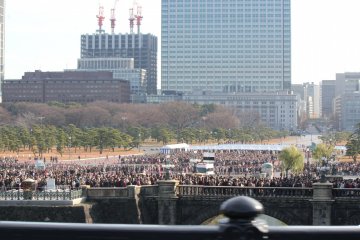