Tokyo Imperial Palace, home of the Emperor of Japan

For centuries, the Imperial Palace has been the home of Japan's ruling family. Presently, it is the official residence of the Japan's Imperial Family, specifically Emperor Akihito and Empress Michiko. Japan's Imperial Palace can almost be described as being a world apart from the rest of Tokyo. It is a place where traditional style buildings still exist, nestled amongst rolling, manicured lawns and vast waterways.

The current Imperial Palace is built over the site of Edo Castle. In the middle ages, the Edo Castle was once the home of the Tokugawa shogun. Eventually, the shogunate system of government was overthrown, and Japan's capital and Imperial Residence was changed from Kyoto to Tokyo. It took over twenty years to build the new Imperial Palace, which is now one of the most visited sights in Tokyo.

While access to the inner gardens and palace buildings are restricted, there are several portions of the Palace that are readily accessible to the public. There are only two days a year when visitors can visit the inner gardens, December 23 for the Emperor's birthday and on January 2 for the New Year's Greeting. On these days, visitors are welcome to enter the inner palace grounds. Members of the Imperial Family are also seen throughout the day as they make several public appearances from the balcony. Throughout the rest of the year, guided tours of the palace are available by making reservations with the Imperial Household Agency.

Kokyo Higashi Gyoen, or the Imperial Palace East Garden and Kita No Maru Koen Park are free of charge to visit and open to the public. A very popular photo spot is the Niju-Bashi Bridge, which is made up of two bridges that form the entrance into the inner palace grounds. Niju-Bashi Bridge can be seen from Kokyo Gaien or the main plaza found in front of the Imperial Palace. Niju-Bashi was once a two-story wooden bridge before the present day stone bridge replaced it, thus earning it the name Niju-Bashi or Double Bridge.

In addition to its gardens and official buildings, the Imperial Palace is also home to one of the most extensive collections of traditional Japanese art. Sannomaru-Shazo-kan, or Museum of the Imperial Collections is the home of Emperor Hirohito's art collection. Here, visitors are able to view some Japan's finest antique kimonos and traditional paintings. 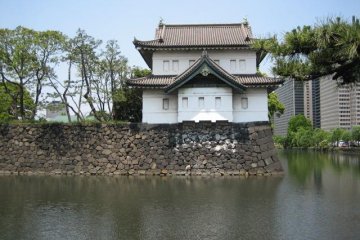 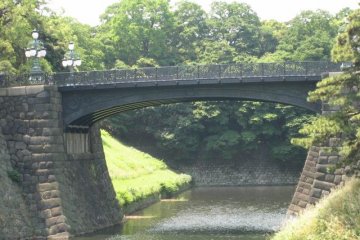 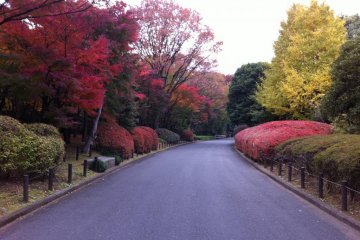