Guide to Typhoons in Japan

Know what to do during a typhoon in Japan

October 2019's Typhoon Hagibis goes to show typhoon alerts should be taken seriously—this one caused widespread damage and even affected Japan's Rugby World Cup scheduling. Every year, 20 to 30 typhoons of varying sizes affect Japan. Some of these may never reach the coast to make a lasting impact but several can cause flash rain, floods, and structural damage. Unfortunately, every year typhoon season catches many unprepared.

It’s important to know what to expect, take sensible precautions—and above all—remain calm. Most typhoons pass without major incident and monitoring news sources can keep you informed.

Instead of giving the typhoons specific names, they are referred to by number (i.e. the 16th typhoon of the year is “Typhoon Number 16”) in Japanese media. Western Japan tends to suffer more damage from typhoons than the east coast. Typhoons almost always travel northeast, starting with Okinawa; thus, the Ryukyu Islands are heavily affected during the annual typhoon season. Although the number of typhoon-related casualties has decreased steadily in recent years thanks to sturdier buildings, however, it goes without saying that they can still cause damage and claim lives.

When do typhoons occur?

Typhoon season typically lasts from May to October, with August and September being peak months. It just also so happens to be one of the best times to visit Japan with so many festivals and events going on. If you’re staying in Japan during the typhoon season, it’s important that you know how to get accurate information and stay alert.

Don't take warnings and typhoon news lightly. It might be an annoyance when your vacation is interrupted by a typhoon but you’ll be happier when you come out the other side, safe and dry. Aside from torrential rainfall and strong winds, the following can be typical before, during, and even after the typhoon makes landfall.

Preparing for a typhoon

Preparation is important during any natural disaster, and typhoons are just the same. Keep a level head and start preparing as soon as the typhoon is announced. Many stores and conbini will sell out of food (bread is usually the first the go) so you’ll want to stock up fast. Make a checklist based on the items below and you’ll be ready in no time.

The typhoon has arrived. Stay calm. Don’t panic. Here are some simple tips to keep you and your loved ones safe.

In case of evacuation

If you’re staying at accommodation lodging, chances are that someone will brief you or staff will guide you in case of an evacuation. If, however, you’re staying on your own or a friend’s house, you may need to know the evacuation process.

“Evacuation” in Japanese is “hinan” (避難). Often loudspeakers in the area will announce whether or not it’s necessary. The only problem is that these announcements are in Japanese and even then, they can be difficult to understand due to outside noise and the delay between words. Also note, pets are not allowed at most evacuation centers.

It can still be difficult to know if your area is evacuating, though a great tool (assuming you’ve charged your cellphone) is emergency apps, such as Safety Tips (Android/ iOS) which can be set to display hazard and evacuation information in English, Korean, and Chinese (simplified and traditional).

Other useful apps include:

It’s important to know who to call in an emergency. Here’s a simple list of emergency numbers and more details, should you need them.

Here’s a simple list of items you may find yourself in need of: 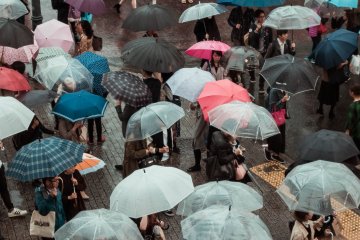 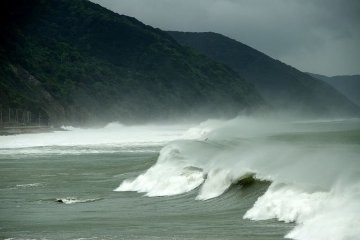 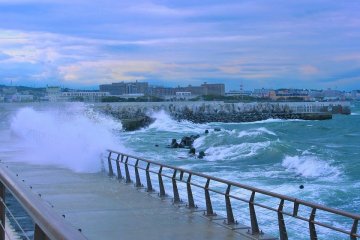 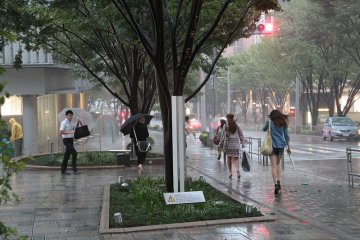