A taste of some of the local foods of Kagoshima

Strong flavours and a rich seafood tradition, the cuisine of Kagoshima prefecture is well suited to the prefecture's powerful warrior heritage. Truly unique seafood like barnacles shaped in the manner of a turtle's foot are enjoyed along with the prefecture's signature fishcake treat as well as the unmistakable beauty of the silver herring and flying fish. Here is a simple guide to some of the regional cuisine of Kagoshima.

Looking like turtle hands, kame no te literally means that but, in fact, are little barnacles. With a hint of brine, this crab-like delicacy found clinging to the rocks of Yakushima island, make for a tasty, and certainly unique, treat. Usually served boiled nibble or as part of a soup broth, kame no te are particularly good with miso soup.

Satsumaage fried fishcake is one of the prefecture's signature foods. Known locally as tsukeage, these cakes are said to have been inspired by the southern Ryukyu Kingdom. Made from fish ground into paste and seasoned with various spices, the fish used will often depend on the town but dipped into a sauce of soy and ginger or mustard, is a real treat.

Eaten all year round, though best in summer, kibinago are little silver herrings that are a divine treat when served as raw sashimi. Also prepared as a tempura dish, broiled with salt or even as part of a soup, kibinago are extraordinarily beautiful with their shiny gleam. When plated in the form of the chrysanthemum flower, it is easy to understand why kibinago is the nicknamed the glass fish.

Popular in Kagoshima's south, particularly in Yakushima island, tobiuo flying fish are enjoyed as a mild-flavoured sashimi dish. Served also as salt-cured himono dish, the entire fish is deliciously edible when fried. Mild and delicate also in texture, the flesh of tobiuo is best eaten during the warmer summer months. 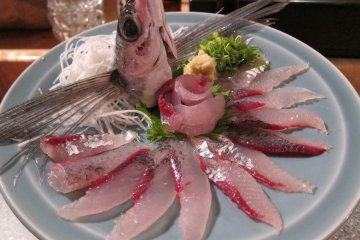 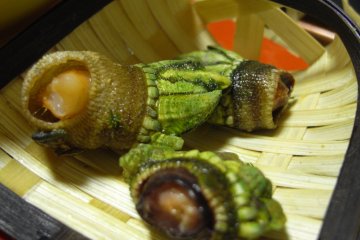 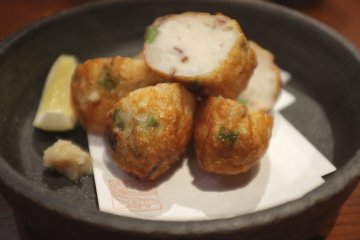 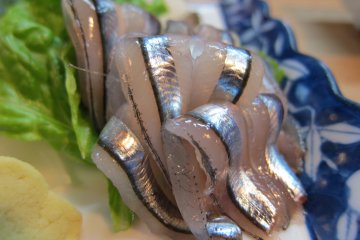 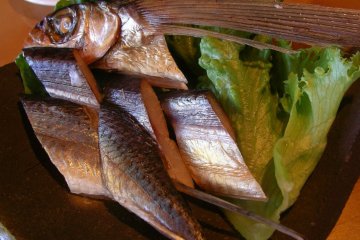