Introducing the ramen of Hokkaido

Ramen in Japan's northernmost region is as rich and varied as anywhere else in the country. While miso, salt or soy sauce form the basis of most of the ramen here, lard is a common ingredient, giving ramen in Hokkaido a decidedly unique depth. Noodles in the region tend towards the medium-thick and curly, a perfect complement to the thick flavours and winter heartiness. Here is a simple introduction to some of the types of ramen in Hokkaido.

The broth of Sapporo ramen, one of the great ramen of Hokkaido, is one hearty bowl of happiness. Originally made with a soy and salt-based broth, miso has become the go to ingredient. The firm curly noodles, along with the addition of a dollop of lard or butter to help thicken the broth, makes this ramen a heavily delightful noodle dish.

The noodles of Asahikawa ramen are curly and somewhat drier than usual. Lard or butter are again added to a soy sauce broth, helping it to retain heat. However, with its unique pork and dried mackerel stock, the taste of Asahikawa ramen turns out to be surprisingly lighter than its appearance might first suggest.

Full of umami, Hakodate ramen is made with a salt-based broth that, unlike the rest of the region's ramen, is reasonably clear, lighter in taste and somewhat similar to the original ramen introduced into the country centuries earlier. Another departure from the rest of the prefecture are the straight thin noodles used in place of curly ones.

Made with a soy sauce-based broth, Kushiro ramen flavour is deepened with a blending of kelp and dried sardines as part of its stock. The noodles used are quite thin and curly and their high moisture content makes them quite elastic. Being made organically, it's said that Kushiro ramen can only be eaten in the eastern seaboard town of Kushiro. 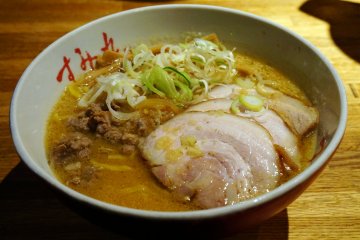 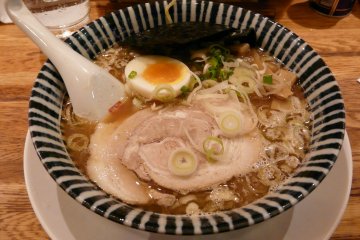 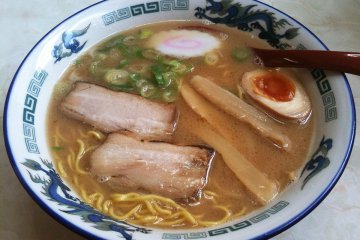 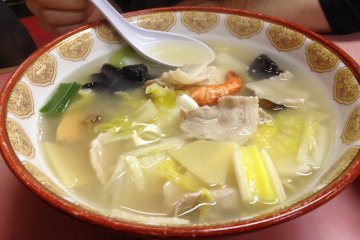 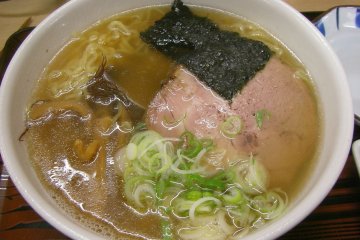