Bursting with open spaces, there are more than enough parks in Tama City to make it not only a popular place to live but also to visit. With its hilly terrain, the city's many parks have lovely views and an adventurous ambience. Here is an introduction to just some of the parks of Tama and how to reach them.

Well forested and punctuated by plenty of open spaces and hilly surrounds, Sakuragaoka Park offers views of Mt. Fuji, fantastic modern play equipment for the children as well as walking trails and campgrounds. Its uneven terrain creates a feeling of wonder while the memorial hall to the late Emperor Meiji adds that extra touch of the regal.

A 10-minute no.2 bus ride from Seiseki-Sakuragaoka Station on the Keio Line.

Known for its wide open spaces, the relaxing atmosphere that is Tama Central Park is home to a beautiful pond complete turtles and Japanese koi fish. Picnics are popular here with scores of families taking advantage of the open landscape. The park also features the Parthenon Tama, a hilltop cultural centre with a museum and space for live performances.

A 5-minute walk from Odakyu Tama-Center Station on the Odakyu Tama Line.

An almost semi-secluded spot it may be but Toyogaoka Park sits right by the local train lines giving train enthusiasts plenty to cheer about. Outside of that bonus, the park itself is surrounded by residential areas and yet is still able to offer rustic walking trails, hillside nature and a rest area at the summit with great views over the city.

A 12-minute walk from Tama-Center or Nagayama stations on either the Keio Sagamihara or Odakyu Tama lines.

A lot more extensive than it first appears, Tsurumaki Nishi Park is full of seasonal trees and an almost tiered design with hill landscaping and water canals that lead to a large pond at its base. Blooming flowers, open space and plenty of views, the park is pleasantly surprising and worth a peek or two.

A 3-minute walk from Karakida Station on the Odakyu Tama Line. 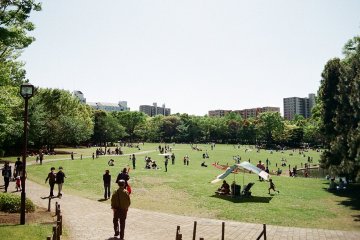 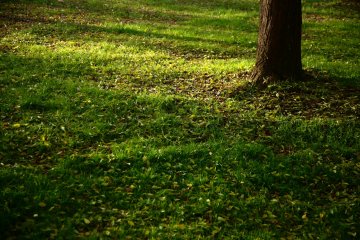 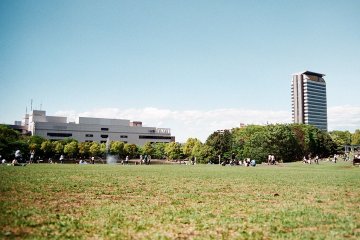