The 11 Islands of Tokyo

A simple guide to the Izu & Ogasawara island chains

Known for its bustling mega-city atmosphere, Tokyo also happens to be home to the stunningly beautiful subtropical island chains of Izu and Ogasawara. The Izu chain consist of nine inhabited islands while further south lie two inhabited islands that make up the Ogasawara chain. These slow paced islands, accessible via ferry, planes and/or helicopter, are dominated by their volcanic origins which feature natural wonderlands of unique flora, fauna and some truly incredible views. Here is a simple guide to the islands that make up Tokyo's southern wonderland.

The largest of the Izu islands, Oshima Island is home to Mt. Mihara, an active volcano and the usual stunning views while ten minutes by helicopter lies Toshima Island, a tiny village where tourism has yet to be developed and a great place to literally do nothing. Further on is Niijima Island, accessible by plane and the surfing centre of the islands, it's also world famous for its glass.

Miyakejima Island is the island of birds with unique volcanic formations courtesy of Mt. Oyama. The entire island of Mikurajima Island has been designated as a National Park and its waters are filled with wild dolphins. Hachijojima Island is a proper subtropical paradise of wildlife, flora and rugged volcanic ranges. The Izu chain is brought up by Aogashima Island, famous for its volcano within a volcano and is also untouched by the tourist trade.

The first of the Ogasawara islands is Chichijima Island, the largest of the two inhabited islands in this chain. Accessible only by a twenty-four hour ferry ride from the mainland, the island is another subtropical paradise of beaches and lush greenery as well being a sanctuary of marine flora and fauna. History finds a place in Hahajima Island, the furthest place you can travel and still be in Tokyo. Two hours further south by ferry from Chichijima Island, World War II relics feature here, along with some spectacular ocean views. 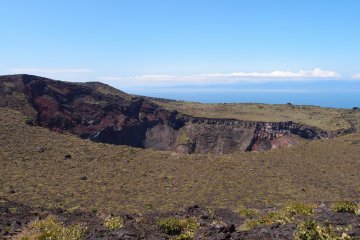 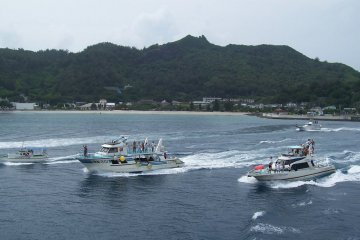