Ah, donburi! One of the most Japanese meals you can get. All across the country, there are staple donburi dishes and regional specialties. The dish's beauty is in its simplicity, a bowl of rice topped with fish, meat, vegetables, or other ingredients, even leftovers at home. Donburi from a fast-food chain—like from Matsuya, Yoshinoya, or Sukiya—will only set you back 500 yen, but the high-quality bowls can go for thousands of yen. So, just who is the Don of the donburi world?

Likened to the modern-day Hawaiian loco moco dish, present-day donburi is said to have originated in the Muromachi period (1333-1573) and is associated with a dish called houhan; this dish was a bowl of rice piled with veggies, fish, and then topped with sauce or soup. It does sound similar to a modern donburi predecessor. Other sources argue that donburi was born in the Edo period (1603-1867) and that the first donburi was a heaping portion of unadon (eel donburi).

Let’s take a look at some of the most common types of donburi that you’ll come across in Japan.

Gyudon is one of the most common and beloved donburi across Japan. With slightly sweet marinated slices of tender beef and simmered onions atop a bed of fluffy white rice, gyudon is the pinnacle of a comfort meal on a cold day. If you want to mix it up try kimchi, green onions, cheese, or raw egg yolk as a topping. If you’d like higher quality and thicker slices of meat, order a kalbidon, which is a better cut of beef than regular gyudon.

Butadon is the pork version of gyudon. It originated in Obihiro, Hokkaido, but has long since spread across the nation. The dish has a stronger marinade flavor compared to gyudon. Typically, the sauce has a soy sauce and garlic flavor, which lends itself well to the higher fat content of pork. It’s often mixed with simmered onions or peas.

If you’re craving something fried (i.e., tempura) but also want rice, tendon is for you. With the fast-food chain Tenya being a leader in the tendon world, you can choose from any sort of tempura imaginable, along with seasonal specials.

Go all-in for scallops, squid, shrimp, and other seafood, or keep it simple with some battered veggies like eggplant, mushrooms, lotus root, and sweet potato. Of course, if you want a more traditional taste, we recommend the chikuwa (steamed fish paste sticks). Top your tendon with sweet, salty tempura sauce and you’re ready to dig in.

Another variant of the tendon is tentamadon. In this version, the tempura is simmered with beaten egg, and then the whole thing is put on top of a bed of rice. It’s like tempura, rice, and scrambled eggs in one, a truly delicious combination.

Possibly Japan’s first donburi according to some historians, unadon is grilled eel donburi and is renowned for its lush flavors and textures. After being slathered with a teriyaki-like sauce, glazed kabayaki-sauce eel is grilled over a charcoal fire until its edges are just crispy. There are many variants of the beautiful unadon from all over Japan; those include unajyu (unadon served in a lacquerware box), nagayaki (eel and rice are separated), and hitsumabushi (a Nagoya classic unadon served with more condiments and soup). If you’re in the mood for a delicious Japanese dish that will fill you up, this is it.

How about some parent-and-child donburi? That’s the literal meaning of this dish, which makes sense when you think about the dish's composition of simmered chicken and egg mixture poured over rice and topped with scallions. It’s poetic in the sense that both egg and chicken are used in the dish. Other versions of oyakodon include salmon and salmon roe (sake oyakodon) and pork and egg (tanindon).

If you want a fried pork cutlet, katsudon has you covered. The savory pork cutlet is simmered with egg and onion and then topped on rice. Many regional variants exist of katsudon, and they’re all spectacular. Be sure to visit the fast-food chain Nakau for their cheese katsudon that's sure to hit that cheese-and-meat craving.

Can’t get your hands on sushi but have the need for some seafood? Try ikuradon where a huge helping of salty salmon roe is seasoned and served atop rice. The way the roe bursts inside your mouth creates a pop of flavor and leaves you feeling fresh. Some common garnishes include wasabi, nori (seaweed) strips, and shiso (beefsteak plant) leaves. Ikuradon also sometimes includes a bit of salmon sashimi or crabmeat on the side.

A delicious sashimi-based donburi, tekkadon is topped with thinly sliced raw tuna. It can also be served spicy in an orange sauce, marinated in spices, or both! The name itself comes from Edo-period gambling rooms, called tekkaba, where this dish was created and commonly served. If you’re looking for the salmon version of tekkadon, order sakedon.

Now that we’ve discovered the basics of the donburi world, here are some regional specialties you’ll also love!

A specialty of Fukui prefecture, sosu katsudon is similar to the aforementioned katsudon, but rather than simmering it with onion and egg, the pork cutlet is crispy and features a Worcester-based sauce. Ergo, sosu, or sauce, katsudon! If the idea of an eggy pork cutlet left you with an uneasy stomach, then this may be the pork cutlet bowl for you!

Hokkaido is renowned for its fresh and quality seafood, so it makes sense that their regional donburi would star the bounty of the sea. Especially famous is the region's sea urchin, called uni. So, be sure to try this soft and rich-flavored seafood. If the soft texture of sea urchin isn’t your thing, pile up scallops, shrimp, crab, or salmon roe. At many local Hokkaido morning markets (ichiba), you can choose your toppings and you’ll be charged by what types—and how much—you select.

This version of oyakodon replaces the chicken with kamaboko (fish-paste cakes) and is especially popular in Kyoto and Osaka in the Kansai region of Japan. The texture of the kamaboko is soft and a little chewy, giving the whole dish a great mouthfeel alongside the eggs, which are usually cooked by the heat of the steamed rice.

A great meat replacement dish, aburafudon uses deep-fried wheat gluten that is cooked with eggs—similar to katsudon—and then served over rice. It was created in the 1990s as a dish for people who wanted to replace meat in donburi, which is an autumn staple of Miyagi and Iwate prefectures.

A traditional donburi from Kanagawa prefecture, shirasudon contains baby sardines, sand lances, and herring that are eaten fresh and raw. This dish might not be on everyone’s bucket list of dishes to try, but the subtle fish flavor appeals to those who don’t like strong fish flavors but are still craving some seafood. It’s often accompanied by seaweed, leeks, and soy sauce.

No one is quite sure where this luxurious donburi originated (although Tokyo is a safe guess), but the French fusion dish is your usual bowl of rice topped with not-so-usual thick cuts of foie gras. The creamy and rich flavor of the foie gras combined with the fluffy, warm rice is a match made in heaven.

Which donburi will win your heart on your next visit to Japan? 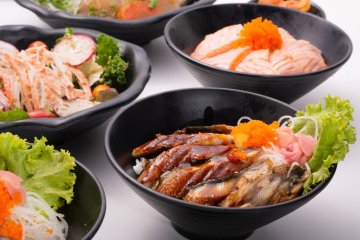 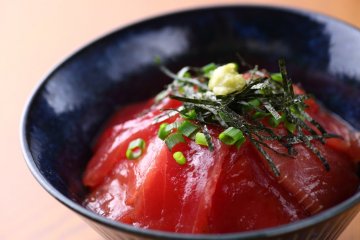 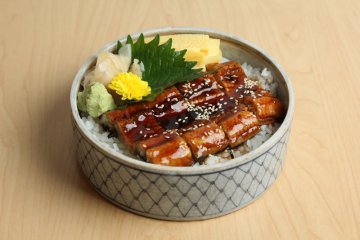 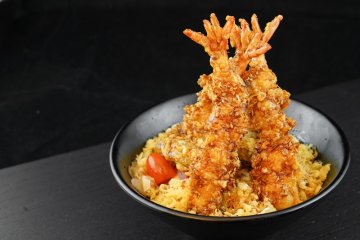 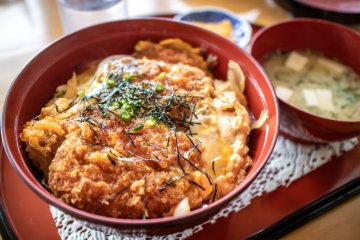 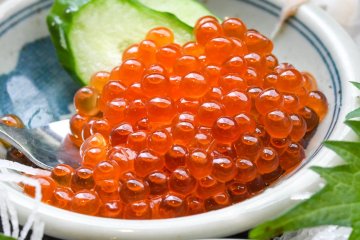 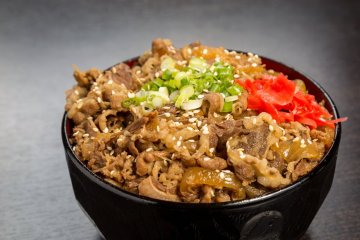 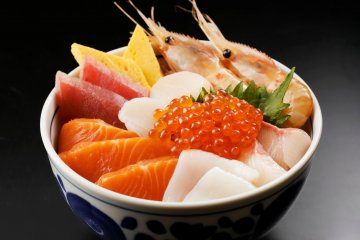 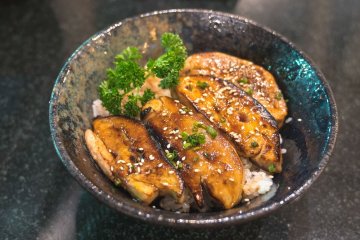