Escaping into a suburban treasure

Famous for the third largest bronze Buddha statue in Japan, Jorenji Temple also features some fascinating deity statues of hell, good fortune as well as some curious stone statues brought over many centuries ago from Korea. The temple makes for part of a great day trip in the area.

Nineteen minutes from Narimasu Station on the Tobu Tojo Line.

A branch shrine of the Kumano Shrines of Wakayama Prefecture, Shiroyama Kumano Shrine was founded over 1000 years ago. Featuring a room full of ema votive pictures from the Edo period onward, the shrine also contains a curious display - fire extinguishers used between the Edo and Meiji periods.

Four minutes from Shimura-sanchome Station on the Toei Mita Line.

Tokyo's first municipal garden, the Akatsuka Botanical Gardens features over 600 varieties of plants. It also serves as the entrance to the Man'yo Garden, a nod to Japan's ancient past with numerous classical medicinal herbs mentioned in Japan's oldest poetry work, the Man'yoshu.

Sixteen minutes from Narimasu Station on the Tobu Tojo Line.

Family friendly, Mitsugi Park centres around a large pond offering chances for some easy fishing and boat rides with the children. Along with a waterfall and play area, the park is home to around 200 plum trees and with the cherry blossoms, makes for a beautiful location during spring.

Five minutes from Shimura-sakaue Station on the Toei Mita Line.

The first museum in Japan to specialise in calligraphy, the Japanese Calligraphy Museum is a must for serious admirers of Japan's calligraphic arts. Works from the ninth century up until modern times are on display while the museum is heavily involved in the promotion of traditional calligraphy.

One minute from the North Exit of Tokiwadai Station on the Tobu Tojo Line.

Tokyo's first municipal art museum, the Itabashi Art Museum showcases avant-garde Japanese works and is not only known for its collection of Edo period Kano school paintings abut also for its support of artists connected to the local area. The museum was upgraded in 2019 to coincide with its 40th anniversary.

Thirteen minutes from Nishi-Takashimadaira Station on the Toei Mita Line.

A bit of imagination is required here but this was once the base for Yoritane Chiba who held dominion over the area in the 15th century and played a leading role in the Battle of Sakainehara of 1478. The site's turbulent history has been replaced with the much more cordial sight of plum trees.

Twenty minutes from Narimasu Station on the Tobu Tojo Line.

Immediate access from the South Exit of Oyama Station on the Tobu Tojo Line. 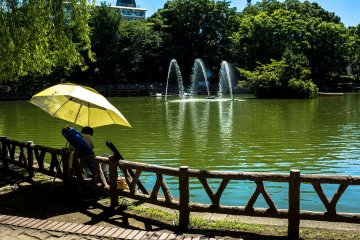 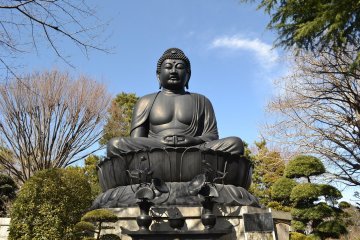 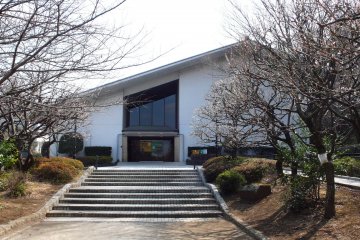