In the far west of the nation's capital lies a world completely different to that of central Tokyo. Okutama Town, a nature lovers dream, is filled with breathtaking natural formations, rivers and valleys. Hiking, fishing and camping opportunities abound while dotted within the town's borders are many spiritual sites like Yakumo Shrine with its traditional theatre stage and the incredible Nippara Limestone Caves, one of the largest in the country and once a retreat for mountain monks. The town also features the Shinrinkan Forest Museum and the well-placed Mugiyama-Ukihashi Floating Bridge..

Said to have been founded at the end of the fourteenth century, Yakumo Shrine is situated at the top of a flight of steep stone steps and is surrounded by mountain foliage. A stage also exits here where traditional performances have been performed and is considered a valuable property of the region.

Fifteen minutes from Kawai Station on the JR Ome Line.

Once used by mountain monks as a spiritual retreat, the Nippara Limestone Caves are the largest in the Kanto region. An incredible display of natural design, the caves extend to almost a kilometre below the surface. At a constant 11°C no matter the season, the caves are a popular year round visit.

Thirty minutes by Nishi-Tokyo bus from Okutama Station on the JR Ome Line.

Dedicated to giant trees, the Shinrinkan Forest Museum is the only one of its kind in all of Japan. The museum building is itself an amazing structure and inside, you'll find not only video footage, pictures and visuals but also a guide on how to 'tree watch.' Forest fauna also receives attention, including deer and serow.

Crossing one of the numerous arms of Okutama Lake, the Mugiyama-Ukihashi Floating Bridge and its floating pontoons offer an incredible 'ground-eye' view of the waters of the lake. The bridge also leads to the secluded Ogouchi Shrine on the nearby peninsula.

Twenty-five minutes by bus from Okutama Station on the JR Ome Line. 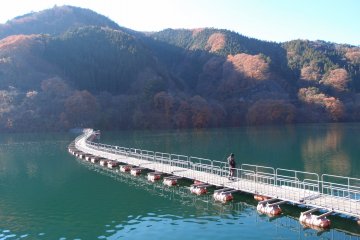 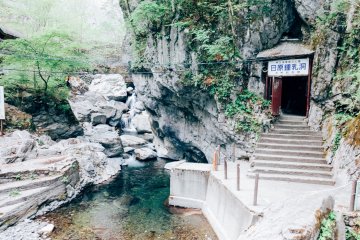 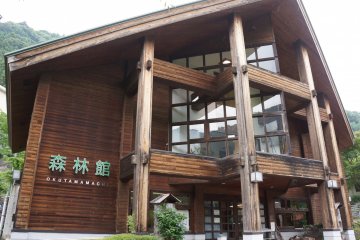 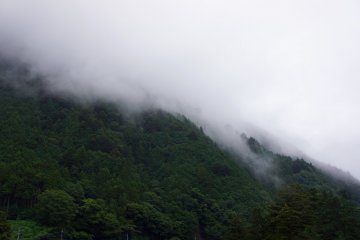