An unheralded bit of everything

Filled with local art gallery spaces and niche museums, Toshima City Ward stands well above its image as the so-called gritty cousin of neighbouring central wards. Ancient international history, dedicated niche hobbies as well community driven and contemporary arts all flourish within its borders. Here is an introduction to some of the museums and galleries of Toshima and how to reach them.

A treasure trove for fans of history and archaeology, the Ancient Oriental Museum was the first of its kind in Japan to focus solely on Middle Eastern and Central Asian archaeological artefacts. Small and personable, this museum is located in Ikebukuro's famous Sunshine City complex, hosts regular exhibitions and comes with a JPY600 admission fee.

A 6-minute walk from Higashi-Ikebukuro Station on the Yurakucho Line.

The gallery of internationally renowned artist, Haruko Cho, B-Gallery offers a cosy private space to showcase collaborations and exchange exhibitions with artists from around the world. Open during the afternoon, the gallery's many exhibitions each year have a strong emphasis on modern contemporary works.

A 6-minute walk from Ikebukuro Station on the JR Yamanote Line.

With its ever changing series of works, Orange Gallery operates as a rental space for artists to showcase their creations. Easily accessible with its open window display, the gallery has seen all manner of art displayed including child-at-heart Lego creations, traditional woodblock prints a well contemporary genres like ceramics, paintings and sculptures.

A 1-minute walk from Ikebukuro Station on the JR Yamanote Line.

With its two floors of stamps, stamps and more stamps, the Philatelic Museum is a stamp lover's dream. The second floor library, though, plays second fiddle to the first floor's main exhibition room whose thematic exhibits change every three months. Workshops and events are also regularly held and the JPY200 admission fee is very light indeed.

A 3-minute walk from Mejiro Station on the JR Yamanote Line. 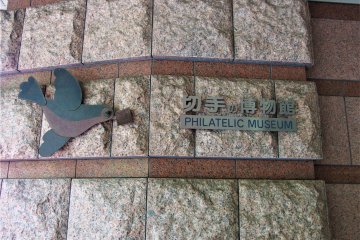