Traversing Subways with a Stroller

A guide to carefree trekking with your tots

Before moving to Tokyo, it was challenging for me to find sufficient information about the commonality and acceptance of strollers on subways. Having just had a second child, I wanted to correctly visualize what situation was awaiting me, traveling alone with two kids, on the notoriously crowded train cars. Would I be able to use a double stroller? Would I have to collapse my single-seater? Would I be viewed as a nuisance or shunned? Perhaps most pertinently, how many stations really had elevators? Knowing I wouldn't have a car to rely on, these questions weighed heavily on my mind.

I can now speak from experience and inform you that strollers are everywhere. Single strollers, that is; I've never encountered a double stroller besides my own. It's common for parents with more than one young child to place one in a small stroller and wear the other in a baby carrier. A small, single stroller (many recommend umbrella strollers) will be the most convenient, but if you only have a bulky stroller, don't worry. Even my lengthy City Select (tandem) double stroller fits easily through the wheelchair accessible ticket gates and squeezes, sometimes at a slight angle, onto every elevator. Though I often feel brazen using my double stroller, it's increasingly necessary with a baby growing too heavy to wear and a toddler tiring on long walks. If you're traveling with a side by side double stroller, you may want to measure its width. As long as it isn't wider than an average wheelchair, it will also fit through the accessible ticket gates and in elevators. Otherwise, I'd recommend a tandem for your double strolling needs.

There is usually only one wider, wheelchair/acceptable ticket gate at each station. If you find a station that lacks one, there should be an area near the gate attendant that you can pass through after handing the attendant your ticket or Suica card.

I can't impart a detailed account of when and where to avoid the trains, but I can advise you to try to circumvent large stations at peak commuting times. Larger stations almost always have more than one train/subway line. When it comes to timing, rush hour is generally between 8-9 a.m. and 5-7 p.m. Stations that are famous gateways for shopping and sightseeing can also be insane any day of the week. You'll inevitably be caught amidst major foot traffic at some point or other. If a train or subway station is utter chaos, don't hesitate to find and walk to the next train station or just wait awhile. You may not have to wait for long; rush hour brings trains in quick succession, and completely packed trains cars are often followed by calmer ones. Only once have I had to walk to another station, and that was on a Sunday in Harajuku. There were lines out the door just to get through the ticket gates.

Knowing where to board a train from the platform is crucial. I often find less crowded train cars at either end of the platform or on the train cars furthest from the stairs and escalators. The first and last train cars are almost always stroller and wheelchair accessible, featuring extra room to park wheels. If those are full, every few train cars have additional priority seats, all marked on the side of the cars. If you can board one of these train cars, many people will move out of the way to accommodate you. Just don't expect to receive priority on an already cramped train.

I've never had to collapse my stroller, though at times it would have helped.

Be aware that the doors don't always open on the same side of the train. You may have to continually move from side to side to stay out of the way. At the same time, unless in a priority area, staying by the doors is the only way to avoid blocking the seats. In advance of the approaching station, many lines will announce whether the doors will open on the right or left side of the train. If you have room to maneuver, pay attention and try to stay clear of exiting and incoming passengers.

The gaps between train cars and platforms can vary, so be careful to lift the front of your stroller when exiting and don't worry about rushing. Do your best to move with the flow and with caution, pulling over (if you can) to allow those in a hurry to pass.

No one has ever said anything to me or given me a nasty look for having a stroller, whether single or double, on the train. Only once did someone kindly advise me to move to a less crowded boarding area, and she only wanted to help. If you stay aware of your surroundings, act respectfully, and learn to say "sumimasen" (sue-mee-mah-sen, or "excuse me"), fellow commuters should accept you as they do everyone else.​

Elevators are available at most large train stations and many smaller ones. Although I can't personally verify how up to date it is, the Japan Accessible Tourism Center website lists which stations (in Japan - not just Tokyo) have elevators. This is especially useful when pre-planning your route. There are often multiple elevators in each station; one from the street level to the ticket gates, and another from the ticket gates to the platform. I've yet to run into an inoperable elevator, so I consider them quite efficient, if small.

Elevators are often hard to locate, so look for the maps on the walls as you enter or exit the station or train cars. The maps will indicate your location and lead you in the right direction. If you've arrived outside a station that only has stairs, make sure you study the map near that entrance to identify other entrances to the station. If an elevator exists, you will see its symbol by the numbered entrance.

The biggest problem I regularly encounter is transferring from one subway line to another within the same station. Many connections can lack elevators. In this situation, it may be best to exit the line you're using, take the elevator to the street level, and then walk a short distance to the line you need. It's not efficient, but it's possible. If you're traveling alone, don't be afraid to ask for help, either. With two small kids, bags, and a double or even single stroller, it's often impossible to collapse and carry it all. With sufficient staff, station employees can assist you in carrying your stroller up the stairs. They may even offer to help before you get a chance to ask. If you say "bebika" (baby-cah - "stroller") and don a helpless shrug, they will understand your predicament.

If you are dreaming about a Tokyo vacation and have two small kids in tow, don't let subway and train travel deter you one bit! With patience and flexibility, a stroller can get you any and everywhere you need to go; just maybe not to Mt. Fuji.

I'm a military spouse and mother of two small kids, having the time (and challenge!) of my life exploring Tokyo. 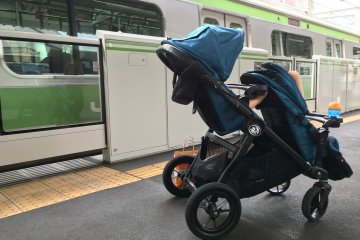 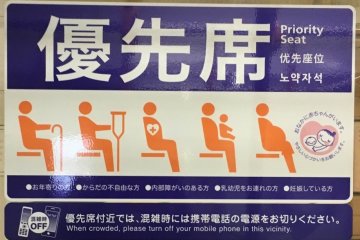 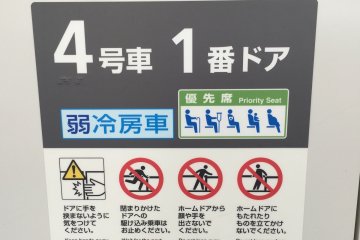 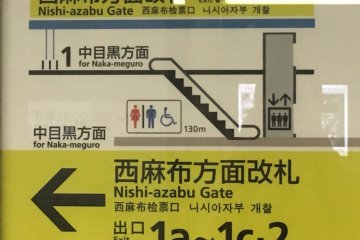 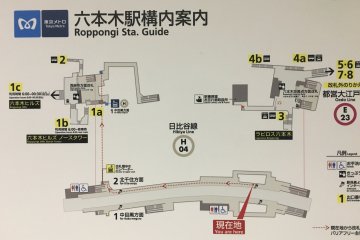 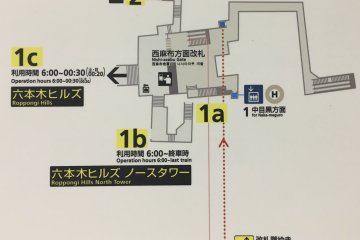 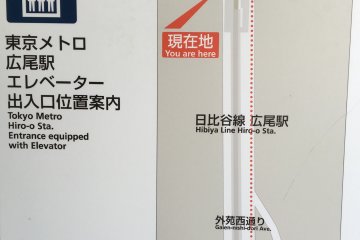 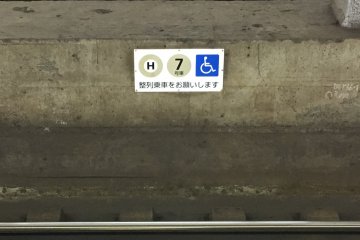 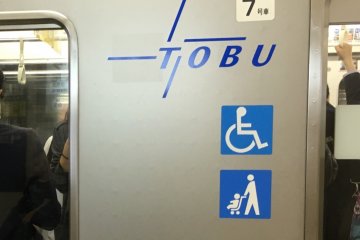 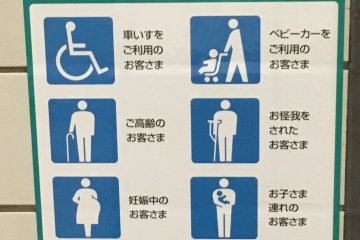