Konbini that look a little different than usual

Convenience stores in Japan are a must for locals and travelers alike. Along with the variety of tasty, budget-friendly eats on their shelves, you can also book tickets for events, ship parcels or luggage, and print documents at them – and that's not even a full list of the services they offer.

There are three main convenience store chains across the country – Lawson, 7-11, and Family Mart – and they're typically quite easy to locate given their distinctive signage. Sometimes, however, they take on a unique appearance like the stores listed below!

No, your eyes aren't playing tricks on you – the logos at 7-11's Kusatsu Onsen location have been wiped of their usual colors! The store is located right across from the Yubatake (hot water field) which is seen as the symbol of this onsen town, and the brownish hue to the signage gives it a more natural, subdued feel.

Although it has since been replaced with an accessories store called Iwakura, the former Family Mart near Ise Shrine in Mie Prefecture perfected the art of blending into its surroundings. Located on the Oharaimachi shopping street, the store was housed in a traditional wooden building to seamlessly fit in with the rest of the area.

The 7-11 at Hokkaido's Sounkyo Onsen has a similar monochromatic makeover to the store at Kusatsu Onsen mentioned above. This onsen town lies within the Daisetsuzan National Park, and the black and white look blends in better with the surroundings – particularly during the winter months.

Although the standard colors are present on the signage, one of Family Mart's Ishigaki stores is located in a unique building which incorporates red roof tiles commonly found across Okinawa. You'll see tiles like this at Shuri Castle, one of the prefecture's most famous tourist attractions [currently undergoing reconstruction].

Straying from the usual blue and white colorway, the Lawson Minakami store in Gunma takes on a rustic log cabin vibe. It seems fitting given that the area is widely regarded as the adventure capital of Japan, with activities like skiing and white water rafting just a couple of the popular things to do in the region. 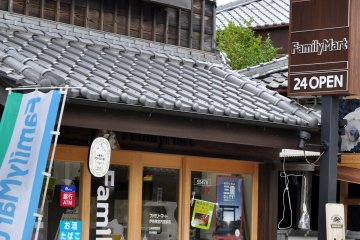 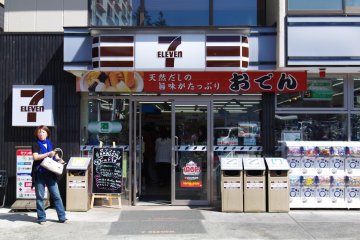 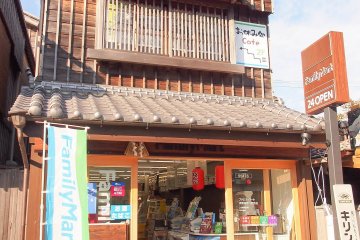 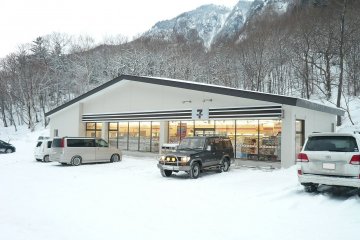 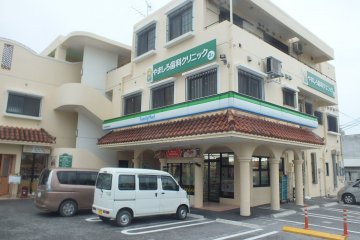 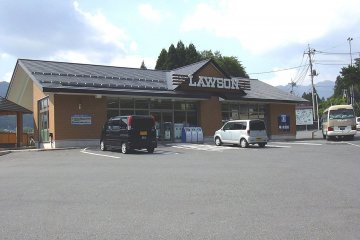