Explore works by this watercolor mastermind 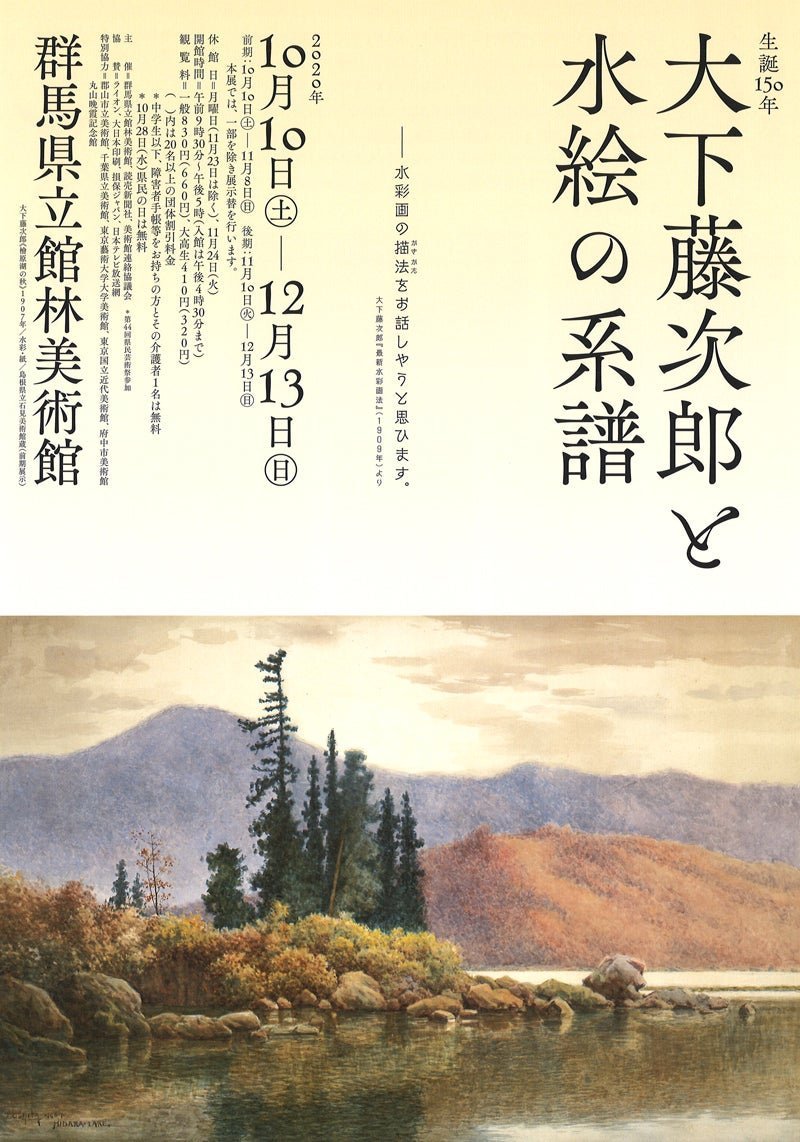 Watercolor painting was introduced to Japan in the Meiji era (1868-1912) as a Western-style painting technique, and it's said that the so-called golden age for this art form was the latter part of that period. One of Japan's notable watercolor painters was Tojiro Oshita (1870-1911), who was also the mastermind behind several art publications including a handbook titled 'Suisaiga no shiori' (A Guide to Watercolors).

This special exhibition taking place at the Gunma Museum of Art delves into Oshita's works, as well as other Japanese watercolor artists such as Katsumi Miyake and Hiroshi Yoshida.

The Gunma Museum of Art is located approximately 20 minutes on foot (or six minutes by taxi) from Tatara Station, served by the Tobu Isesaki line.

Alternatively, if you head to Tatebayashi Station (Tobu Isesaki Line, Koizumi Line, and Sano Line), there is a bus service to the museum. Timetable information (in Japanese) can be found on the official museum website.