Inside the two story gate of power spot temple in Gunma

We were driving through Shibukawa on our way to Lake Haruna. It was very early in the morning, and we went past a beautiful red temple gate at the top of stone steps. “Want to stop and take a look?” asked my driver. “Absolutely!”

At just after 7am there was nobody else around. We climbed the steps between red banners, gazing up at the ornate carved and painted decorations. Inside the gate there were two dragon paintings on the ceiling, one white and one green. When we passed through we saw that there were steps and a doorway on either side of the gate. The sliding doors were open, and I could see steep wooden stairs, almost ladders, leading straight up. No ropes to bar the way. No keep out signs. I've never actually been up to the second floor of a gate before, so I was excited.

At the top of the stairs was an open space with an altar along the back. Three inscrutable gold statues with flaming halos sat in the foreground, with many small statues on a shelf behind them. Early morning light poured in through the door to a narrow balcony that went right around the gate. The gate is surrounded by trees, so standing on the balcony felt a bit like being in a tree-house. The front of the gate over looked the stone steps down to the road, and the back offered glimpses of temple buildings higher up.

One great thing about the balcony was being able to get so close to the carved decorations. I could look those prancing shishi right in their yellow eyeballs! The railing around the balcony was very low, so if you suffer from vertigo or are accompanied by overactive young children, you should probably stay on the ground.

Mizusawa Kannon is an old temple, supposedly dating from the Asuka Period, and is considered one of Gunma Prefecture's power spots. There is a spring there that attracts people from all over Japan because it is believed to have the power to make people's wishes come true. What a shame I didn't know that at the time. I've got a few wishes that need helping along! 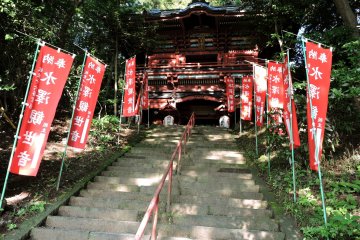 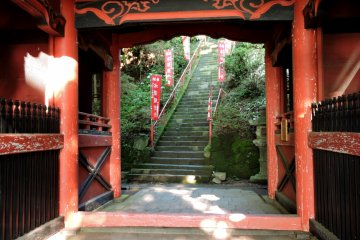 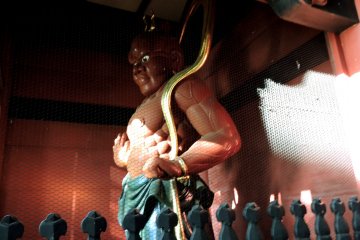 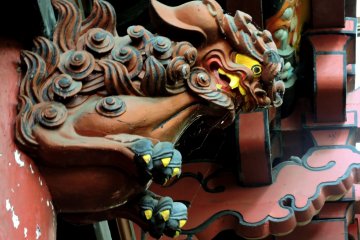 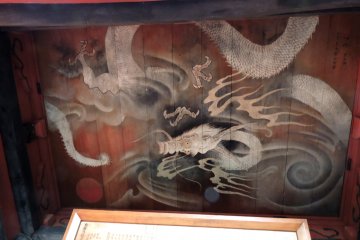 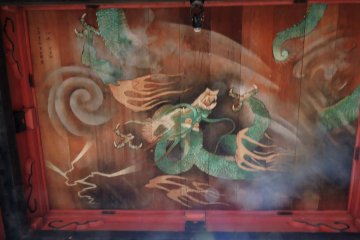 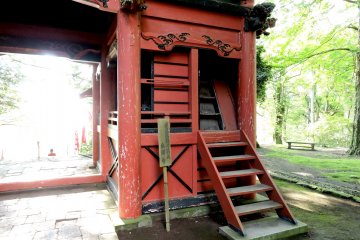 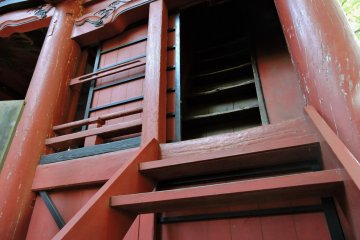 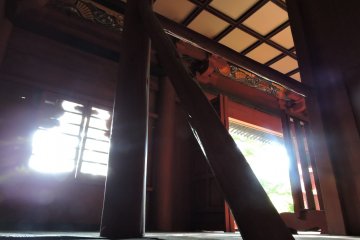 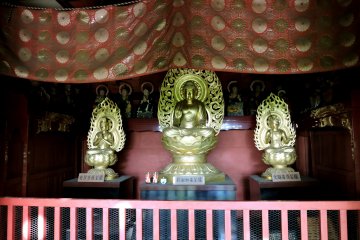 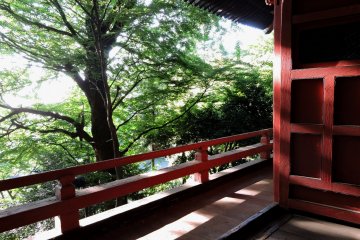 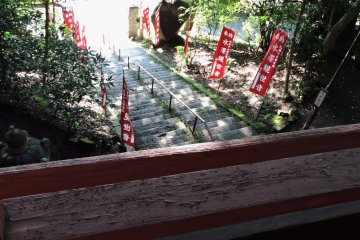 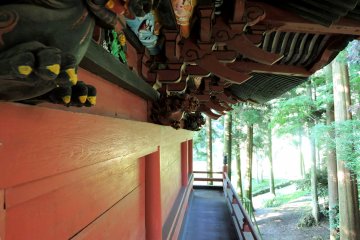 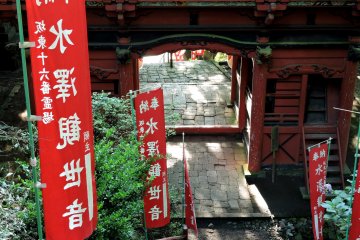