It all started here in Hiroshima

Yes, Japan can at times be an expensive country to travel in, especially if you're used to the more relaxed prices of other parts of Asia. But Japan should not be written off as too pricey a destination for budget travelers and backpackers. Keep your eyes peeled and you will come across ¥250 bowls of udon as easily as finding a Starbucks. What's more, stores selling cheap and fairly good quality goods are becoming more and more apparent throughout the major cities of Japan. The popularity of stores like Daiso, a discount store which is now rapidly expanding around the world, signifies how the Japanese appreciate a bargain shop just as much as all you budget travelers out there. Daiso stores have been popping up across Japan faster than you can blink, with over 2,500 stores to date. Outside of Japan there are over 500 stores in over 20 different countries, with this number set to increase as Daiso's popularity soars.

In Hiroshima's covered Hondori alone, there are three Daiso stores within a few minutes walking distance of one another. This is with good reason though, as Hiroshima is actually the original home of Daiso. In the late 1970s, its founder, Mr. Hirotake Yano, came up with the concept of a store in which all products were priced the same. The idea was simple enough to be effective and soon proved immensely popular with consumers in Japan and later, abroad.

In age where the cost of living is getting higher and higher and our wallets are feeling the strain, stores like Daiso offer easy access to cheap essentials. When you're on the road you'll often find that you need nagging little things that you don't want to hash out loads of money for. Stores like Daiso are perfect for this. Essentially, you get what you pay for. For something that costs about $2, you're going to get $2 quality. With that said, the range of products that Daiso offers is just astounding. One of the Daisos along Hiroshima's Hondori has 8 levels!! Each is dedicated to a different range of products, with everything from souvenirs to socks making an appearance.

To think that a store like Daiso had its humble beginnings here in Hiroshima is pretty cool. Come and see where it all started and learn all about where it's heading. 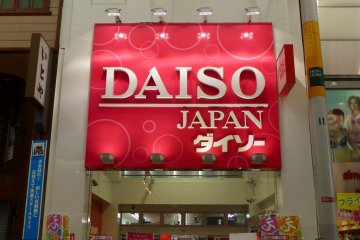 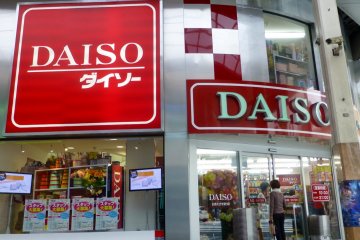 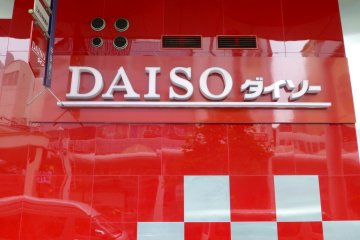