When it opened in Hijiyama Park back in 1989, the Hiroshima City Museum of Contemporary Art (HMOCA) was the first public art museum in Japan devoted exclusively to contemporary art. The museum has a large collection of painting, photography, video, sculpture and installations by both established and emerging Japanese artists, displayed on rotation in seasonal exhibitions organized on various themes.

Special exhibitions of major international and domestic artists that, depending on your viewpoint, range from the frivolous to the sublime, are also held throughout the year. Every three years there is an exhibition of works by the recipient of the Hiroshima Art Prize, established by the City of Hiroshima, which recognizes the achievements of artists who have contributed to the peace of humanity in the field of contemporary art, and through contemporary art aims to appeal to a wider world and the spread the "Spirit of Hiroshima," which seeks everlasting world peace. Recipients of the award include Yoko Ono, Cai Guo-Qiang, Shirin Neshat, Daniel Libeskind, and Issey Miyake.

The building itself, designed by Kisho Kurokawa, who studied under Kenzo Tange and was a co-founder of the Metabolist Movement in the 1960s, is one of which local people are quite proud. The design incorporates classical colonnades, ancient Greek agora meeting space and a Japanese storehouse (kura) and as the museum website describes it, “the building rises from its foundations the natural fabric of stone gives way to man-made tiles and aluminium, reflecting the development of civilization from the past to the future along the stream of time.”

While the architectural motifs are quite clear when the museum is viewed from the air, its hilltop location makes it difficult to get a complete view of the building when at the site. However, it is the way that the museum incorporates the surrounding park that makes this a highly recommendable place to visit.

There are 17 sculptures dotted around the outside of the building around which you can wander free of charge; including Henry Moore’s bronze “Arch” that frames an excellent view out over the city.

The surrounding Hijiyama Park is a large shady park great anytime of year for a walk and particularly pretty during the cherry blossom season, when hundreds of people picnic under the cherry trees alongside the park trails.

There is a cafe, named "Arch" after the nearby Henry Moore sculpture, next to the entrance. The museum shop is also not a bad place to pick up some interesting souvenirs or gifts for art lovers.

There are baby changing facilities in the womens toilet and wheelchair and baby stroller access to all the exhibit areas. All the signs are written in English as well as Japanese. Although not all temporary exhibits have explanation in English, at least the name of the artist and the title will be written bilingually. The staff are also very good at guiding you around the exhibits if you look lost. The information desk usually has someone on staff that speaks English.

Entry is free for children up to high school age if together with a paying adult. Prices for most exhibits are ¥1,000 for adults and ¥170 for high school students, ¥700 for university aged students. 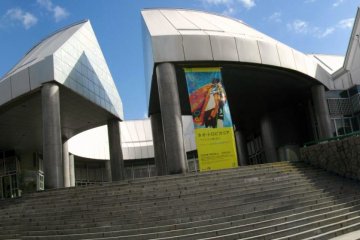 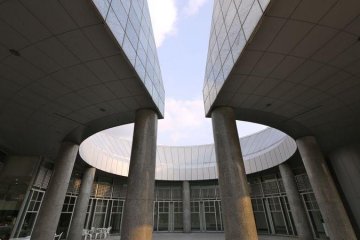 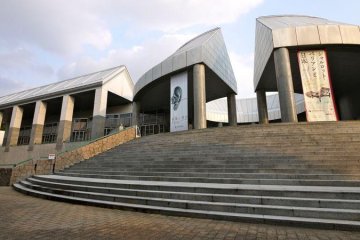 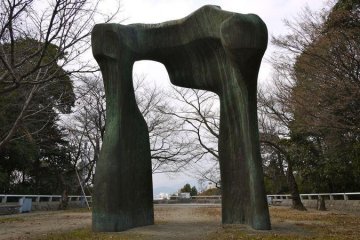 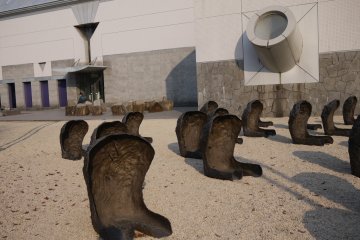 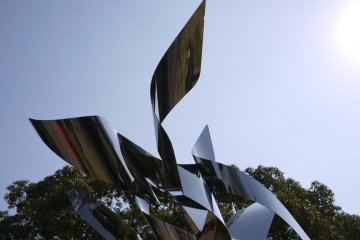