A great smoke-free place to drink

Taka's bar on the second floor of the Casablanca Building, with a big counter and several tables, offers a friendly and fun, smoke-free place to drink on Nagarekawa-dori not far from Billy the Kid karaoke.

Taka has been a popular part of Hiroshima's nightlife scene for a few years now. You will always find a warm welcome at Midnight Oasis. This new location allows for larger groups to come and drink together, but is still a great place to go on your own to have a drink if you feel like it.

Midnight Oasis' Taka previously ran another bar called "Off the Square" which was located off of Shintenchi square, but has since moved to this roomier space a few blocks away on the second floor of the Casablanca Building. The bar is rather hidden at the back of the building on the second floor, go into the Casa Blanca building and head up to the 2nd floor then walk down the corridor to the end and you will find it.

Midnight Oasis is one of a growing number of smoke-free bars in Hiroshima city and the only one we know of in the busy drinking district of Nagarekawa. As smoke-free drinking venues are still relatively unheard of in Japan, we are happy to have such a great bar in our city. Despite it being smoke free, if you do feel the need to puff- there is a small, separate smoking room available.

Midnight Oasis has some tasty bar snacks (bilingual menu) like chips and salsa, nachos, bagels and other snacks. There is a good range of standard cocktails, import beers and beer on tap for reasonable prices. Draft and bottled beer, wine by the glass from ¥500, cocktails from ¥700.

Like most bars in Nagarekawa, there is no car parking available, but you can safetly park your bicycle along the side of the Casa Blanca building where the other bicycles are parked.

There are no extra charges for entry or seating as is sometimes the case in bars in this area of town. See details of special events at the bar or drink deals on certain nights by checking out the Midnight Oasis Facebook page. There are sometimes drink specials for rainy days and theme parties for St.Patricks, Halloween, Christmas, New Year and more.

On special themed nights or at busier times, Taka's wife, Charlotte (who is originally from England) may join him behind the bar. This pair ran a restaurant in the UK for a few years and they make a great team. The special events at Midnight Oasis have a good reputation for being great fun and having a friendly vibe.

Midnight Oasis is open every night except Sunday (and National Holidays) from 8pm till the early morning hours. Reservations are recommended for larger groups. There is seating for 35 people at tables and along the counter. 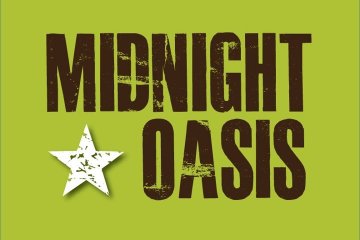 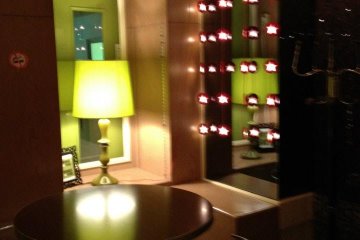 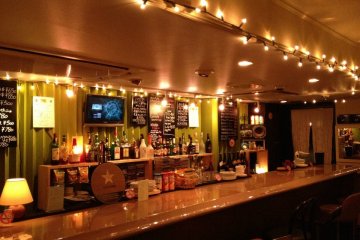 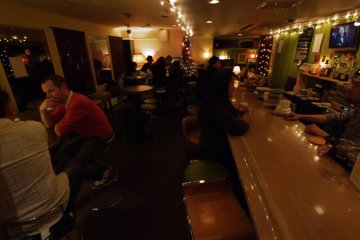