In the Akitakata district of northern Hiroshima there is a village where visitors are transported into a forgotten time in Japan full of mysticism and ancient cultural influences. The village is called Kagura-Monzen-Toji-Mura and is famous for its daily exhibits of one of Japan's oldest stage performances, Kagura.

Kagura is a Shinto theatrical dance style that predates Noh theater, and has had a strong influence on dance and theater styles such as Kabuki. Kagura performances are vibrant with kabuki-esque stage mechanics, live musicians and incredible costume tricks that draw gasps and cheers from the audience. The plots are often drawn from Japanese folklore tales of gods, demons and spirits in epic struggles against man. Kagura is most famous across Shimane and Hiroshima prefectures and Akitakata is perhaps the most notable hub with over 22 competing Kagura troops.

There are recurring themes in Kagura that make it memorable. The tale often revolves around a hero who must undertake trial with his allies or the help of a fair maiden. Plot twists are common and allies often real themselves to be demons or the maiden may be an evil creature in disguise. The transformations play out over multiple stages with increasingly sinister costumes and masks for the evil characters and increasingly bright and dazzling costumes and weapons for the heroes. There are synchronized dance routines with rapid spinning often including dance battles where the heroes and demons change their wardrobes so suddenly that the audience can only look on in wonder. Notable effects include mists creeping into the audience and hand-made paper arts thrown across the stage to snare foes. On the edge of the stage musicians chant and play taiko drums, cymbals and Japanese bamboo flutes to help set the tone.

Show descriptions are often available in English and there are up to two performances on weekends and holidays in both an indoor traditional theater and a large, covered amphitheater that can seat up to 2,000 people (open during Summer). After the performance the audience can speak with the performers and try on the exquisitely designed and extremely expensive (over JPY 500,000!) Kagura costumes worn by the dancers. Just a warning the full costumes may weigh over 10kg (22lbs). Between performances there are activities for families and kids including workshops to create masks and toy weapons, dance classes and several traditional craft experiences local to the area.

While the Kagura performances are more than enough to make the trip, it is the entire village that completes the experience. Once you enter Kagura-Monzen-Toji-Mura Village everything changes. The streets are lined with lanterns and filled with the click-clack of wooden geta sandals. Small rivers and ponds hold colorful carp and wooden signs help guide the way to lodgings, shops and bathhouses. Novelty shops stock traditional crafts, toys and candies for the kids and there is a small market with foods, alcohols and souvenirs. Multiple restaurants line the street with food ranging from elaborate set meals to simple curry, ramen and soba. Street food is available at reasonable prices and consists of seasonal foods, desserts, breads and meats. A small museum displays pieces of art from the Kagura performances. Lodgings are traditional Japanese style with latticed sliding doors and rooftops of clay tiles. Inside the rooms are tatami mats, kotatsu, wall paintings and all the necessary amenities. Guests are given access to yukata and sandals when traveling around the village and there is a large bathhouse with multiple indoor and outdoor baths open from early morning to midnight. Highly recommended for an overnight or weekend stay, especially for families and groups of friends.

Kagura is a relatively unknown part of Japanese culture, but it is something that should not be overlooked. Combined with a few days to enjoy the rural tourism areas in northern Hiroshima, this is a journey that will not soon be forgotten.

From Hiroshima city, Akitakata is about an hour by shuttle bus or 50 minutes by car. There are tours year round or you can make a reservation directly and rent a car. 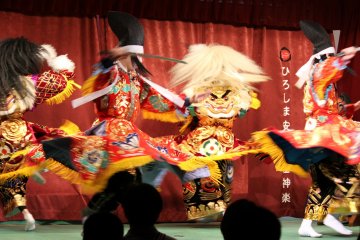 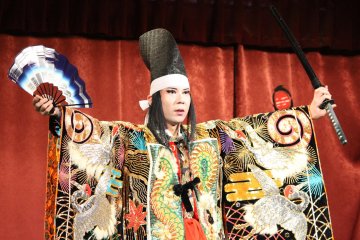 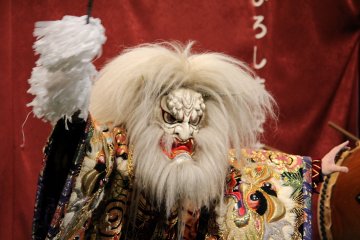 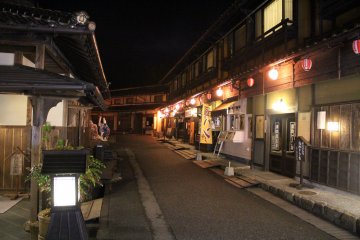 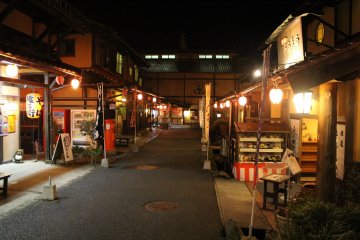 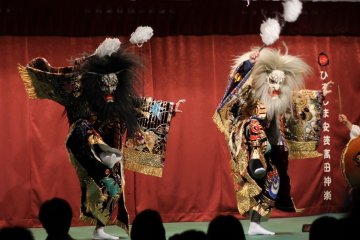 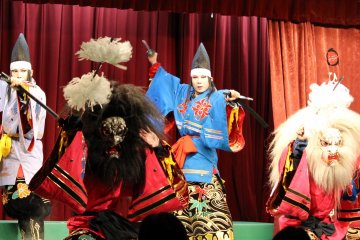 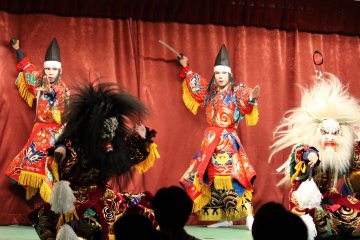 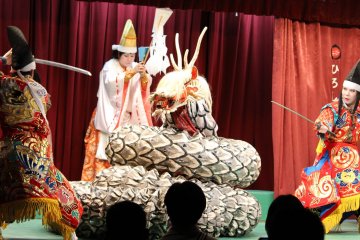 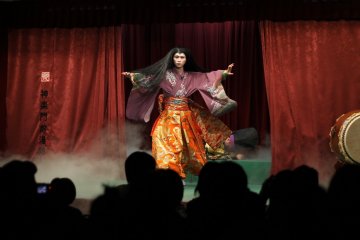 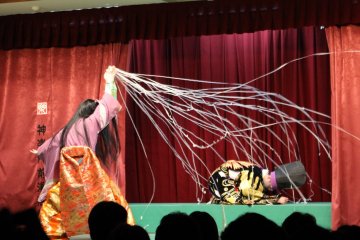 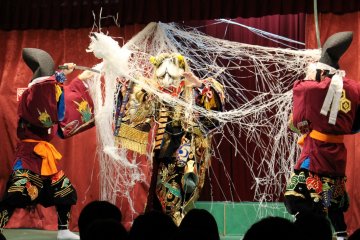 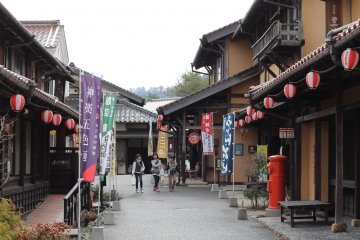 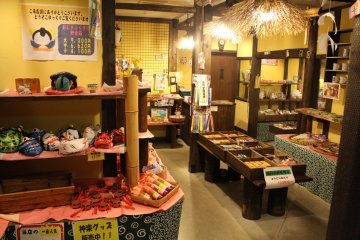 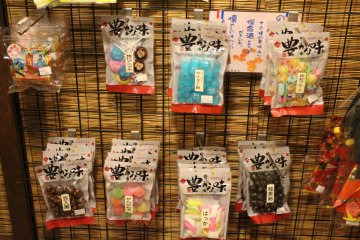 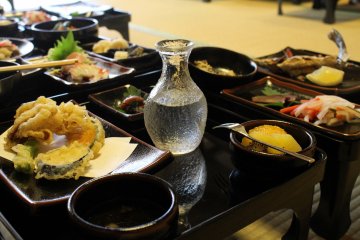 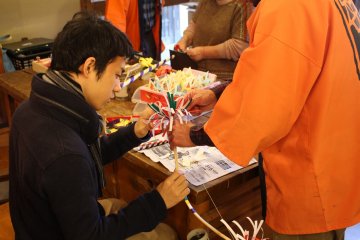 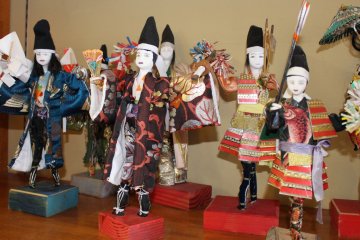 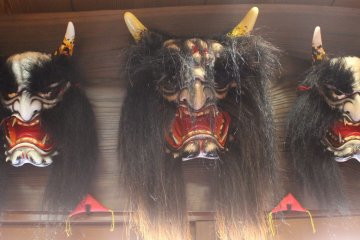 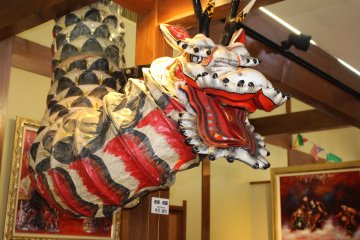 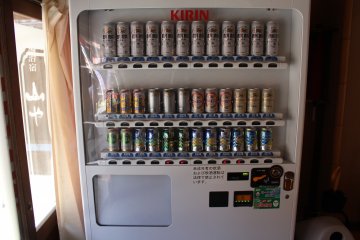 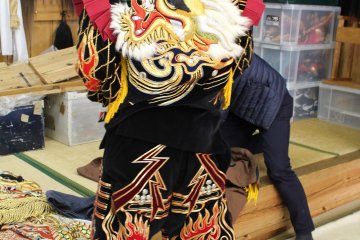 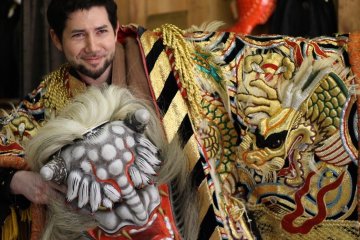