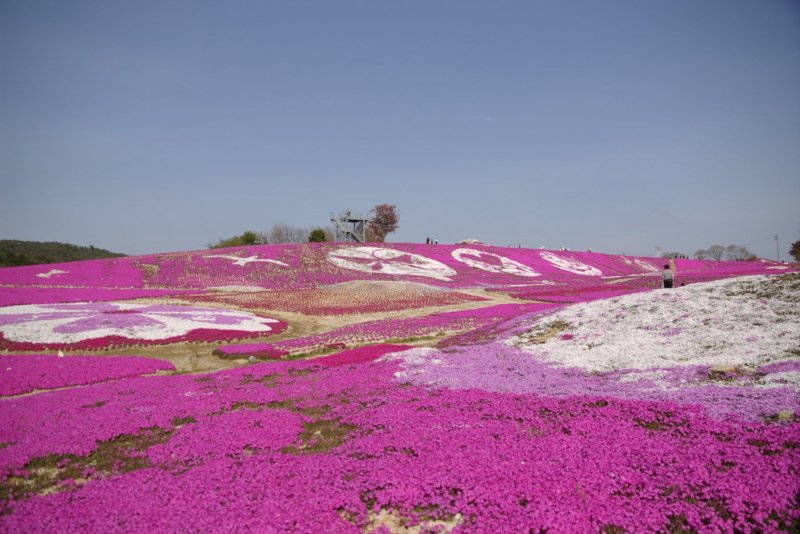 Hiroshima's Sera Kogen Flower Village is home to a number of different events throughout the year, but during spring is when the venue really comes alive. Their annual moss phlox and nemophila event sees the village grounds blanketed in shades of blue, pink, white, and purple, creating a whimsical and dreamlike scene.