In the small town of Setoda, a part of the Onomichi city area, a very successful business manager of a steel pipe manufacturing company in Osaka named Kosanji Koso, built a beautiful temple and the Choseikaku villa for his beloved mother. He used his great wealth to build her what he intended to be a beautiful and peaceful residence. After her death, his devotion to Buddha and the memory of his mother led him construct the Kosanji temple in the same location. This temple took more than thirty years to construct including the years during the Second World War.

The first thing that struck me about this temple was the colors. I have lived in Japan several months now and have seen many temples and shrines, which tend to either have wood and stone construction or lean towards red, brown and other earthy colors. There is plenty of red here but there is also a fantastic mix of other colors, among the wooden parts that make up the whole of the temple and on the statues and relief carvings that appear on doors, pillars and along the rooftops. To complement this rainbow of colors everywhere you look there is a profusion of flowers and trees, small ornamental gardens and shaded, leafy walkways.

The complex is divided into three precincts called the lower, middle and upper and the major buildings in these precincts are located in strict symmetry to one and other. The reverend's mother's house is located on the lower precinct past the bell house. After taking our shoes off we were provided with an English leaflet and a very polite and pleasant employee led us from room to room and explained pieces to us in as much English as he could manage before thanking us for coming and wishing us an enjoyable day.

The villa is an architectural fusion of Japanese and Western style and was, simply put, stunning. The rooms were elegant and beautifully decorated and the room that he had built specially for his mother was, in my opinion, nothing short of a mastery in Japanese traditional art and design.

Overlooking a peaceful ornamental garden you could hear the sounds of water trickling and insects chirping while gazing at the ceiling which included 100 paintings of scenes from nature, or stopping to admire the carved wooden birds on a branch above the wardrobe door. One room overlooked a private garden and provided pillows for seating, fans for fanning and there was also a mosquito coil burning so you could enjoy the view without being bothered by bites.

Continuing on into the complex every building displays an abundance of color. The warehouse buildings to either side of the pagoda house artifacts from the time of its construction. The main temple is raised and surrounded by water in which you can see lilies floating and koi splashing.

One part of the tour which was totally unexpected was an unassuming staircase near the treasure house which led us down into the Senbutsudo "Hell Valley Cave of a Thousand Buddha Images". Descending into the cave from the entrance on the right of the complex, the walls are decorated with images of hell and people being tortured. This cool cave was silent save for the sound of a small waterfall. Everywhere we looked we saw statues of Buddha lining the walls up as far as the ceiling of the cave. Dim lighting and the sound of water created a strangely peaceful, yet eerie atmosphere.

Following the tour of the temple there is an elevator at the back of the complex which brings you to the top of the temple complex where you can view Miraishin no Oka: "The Heights of Eternal Hope for the Future". There is a cafe here to grab a quick bite and a cold drink. This temple and villa were by far one of the best and most beautiful I have visited in Japan thus far and I would advise anyone visiting the area to set aside an hour or two for a look. 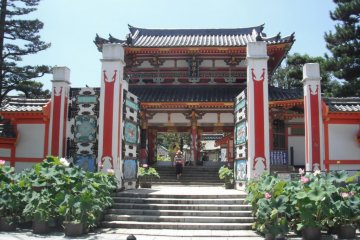 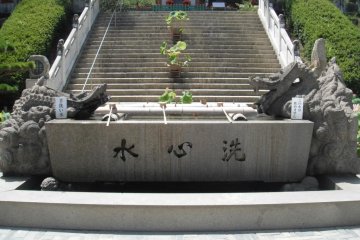 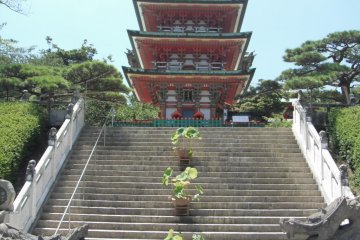 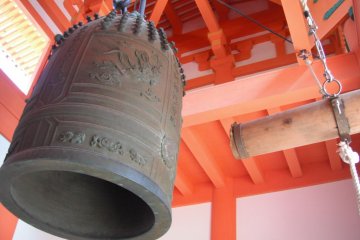 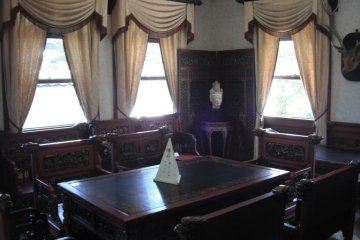 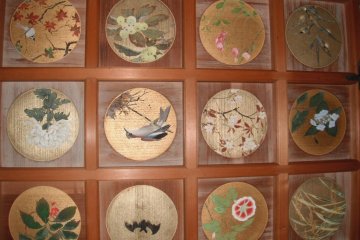 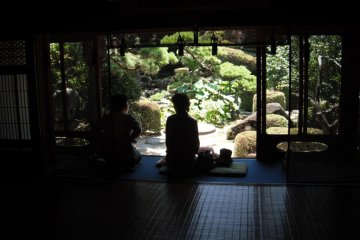 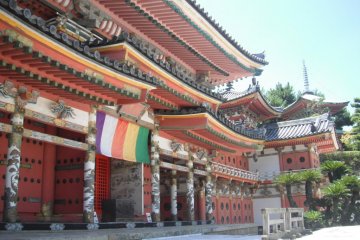 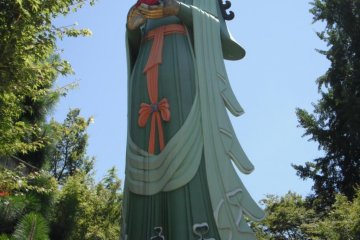 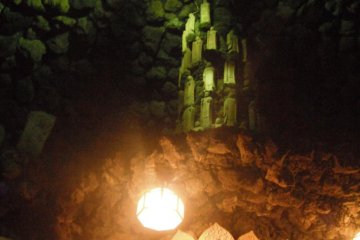 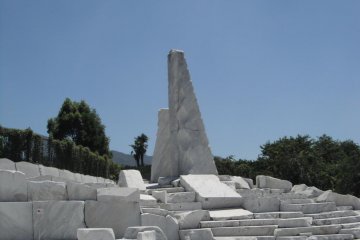