If, like many visitors, you arrive in Hiroshima on the shinkansen bullet train, one of the first things you are likely to notice is the bulbous silver stupa that sits on top of 139m Mt Futaba-yama, just to the south of the Hiroshima Station.

The Peace Pagoda, or busshari-tō as it it called in Japanese, was built at the instigation of a Bhuddhist monk named Nichidatsu Fujii. Fuji was the founder of the Nipponzan Myōhōji sect of Nichiren Bhuddhism and was inspired to devote his life to promoting non-violence after a meeting with Mahatma Gandhi. His Peace Pagodas in Hiroshima and Nagasaki were the first of some 80 “shrines to world peace” that can now be found around the world.

An information sign at the pagoda explains, "The Peace Pagoda was erected in 1966 as a prayer for everlasting world peace and the repose of those souls sacrificed in the atomic bombing. The pagoda houses two gifts containing ashes of the Buddha, one presented by a group of Mongolian Buddhists. It also contains tens of thousands of memorial stones, each stone representing a prayer for peace offered by a resident of Hiroshima Prefecture." Interestingly, although the Peace Pagoda and Mt Futaba-yama have recently been getting more attention as a "power spot", very few locals seem to have ever made the trip up to the pagoda. This is a shame because, as much the pagoda itself, the views from the top of Mt Futaba-yama over the city and out to the islands in Hiroshima Bay are fantastic, especially at dusk as the lights come on across the city. The walk up the mountain from historic Tōshō-gū Shrine, through the 100 or so vermilion torii shrine gates connected to Kinkō Inari Shrine along the steep forest path to the summit, also makes for a good (if somewhat strenuous) hike with plenty of photo opportunities along the way.

Kids will enjoy scrambling over the huge rocks (though it may make the hearts of their parents race) on the summit and the open area in front of the pagoda is ringed by large cherry trees, making it a very pleasant place to picnic, especially during the cherry blossom season. 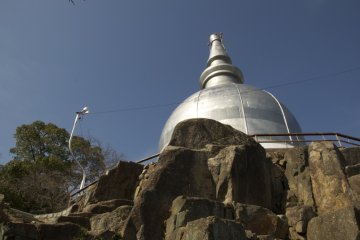 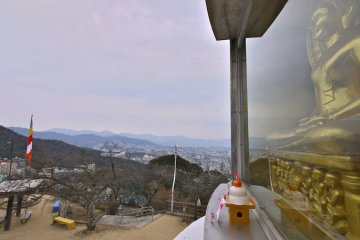 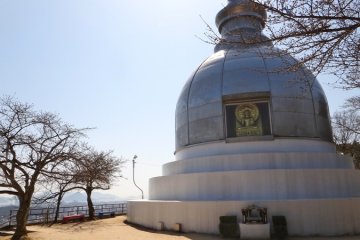 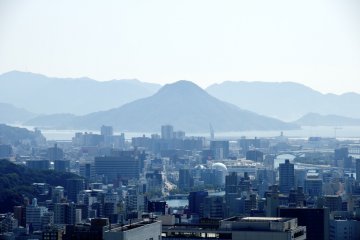