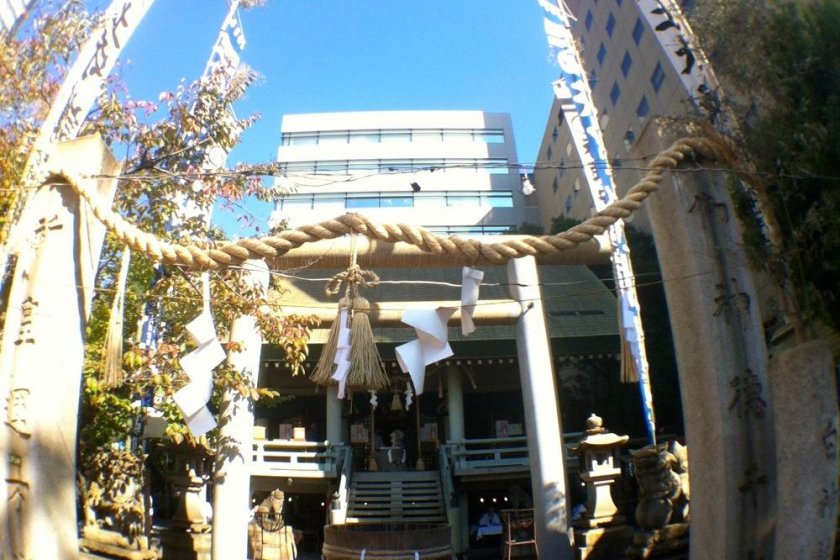 Historic site that predates the Hiroshima itself

Today, Shirakami-sha Shrine stands right in the center of a bustling city, but its history started as a wave washed rocky outcrop.

Referred to as Shirakami-san by locals, Shirakami Shrine, gets its name (which means "white god") from a time when the spot on which it stands was a section of reef that protruded from the water along the coast of the Hiroshima delta.

A place where many a ship ran aground, it is said that white paper visible to sailors was erected on the outcrop to warn oncoming vessels of the danger. Later, when land reclamation was underway, a small shrine was erected here. In recognition of the place's former role as a low tech lighthouse, the first part of the name given to the shrine was shira using the Japanese character for "white", and the second, kami using the character for "god" which is pronounced the same as that for "paper".

Later, when reclamation of land in the delta was underway, a small shrine was erected here - the first part of the name given to the shrine is shira using the character for white, and the second, kami, uses the character for god which is pronounced the same as that for paper.

It is unclear when actual shrine buildings were first constructed here, but there are records that, Mōri Terumoto, the daimyo responsible for the building of Hiroshima Castle, reconstructed the main building for the enshrinement of the clan's patron god in 1591. The shrine's fortunes rose with those of the growing castle town, and eventually its grounds, covered a wide area that includes where the ANA Crowne Hotel now stands.

Only 500m from the ​A-bomb hypocenter, the entire shrine was destroyed in 1945. A temporary structure was hurriedly built the following October so that the autumn festival could be observed, and the reconstruction in shinmei-zukuri style that can be seen today dates from December 1955.

The shrine occupies a much smaller plot of land than it did before the war; tucked into a corner on one side of the busy intersection where Peace Boulevard and Rijo-dori meet, Shirakami-san provides a patch of green among the tall modern buildings that now surround it. A nod to the nautical origins of the shrine is the large stone lighthouse on the corner.

Shirakami Shrine holds its autumn festival every year on October 28 and 29. Many people visit the shrine to pay their respects, and there are food and carnival game stalls, as well as kagura performances on both nights by the Sakabara troupe from Akiota-cho which is designated as an intangible cultural asset by Hiroshima prefecture. 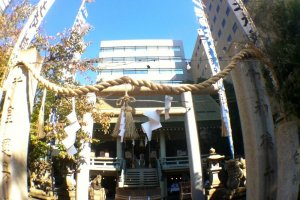 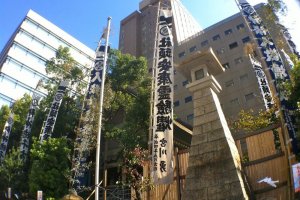 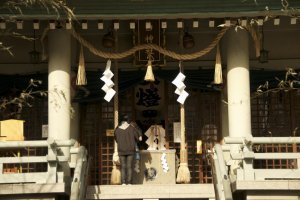