Guess where we are. (Photo: Aleisha Riboldi)

Cape Soya - the tip of Japan

It's a long way to the top

It’s probably not on the top of anyone’s bucket list on a trip to Japan, but nevertheless I was keen to visit the northern-most point in the country. With coordinates of 45 degrees, 31 minutes, and 14 seconds North, Cape Soya on the island of Hokkaido is the absolute tip of Japan.

The journey to the top is a long one: an early flight from Tokyo to Sapporo, Hokkaido, and from there an 8-hour drive to Wakkanai. Make that 10 hours if you make a wrong turn or two.

It’s a long, scenic road trip across Hokkaido. Endless green pastures and blue skies - a far cry from Tokyo’s skyscraper skyline. Fresh air, cool breeze, the sea on one side and rice paddies on the other. It stretches on endlessly. There are few cars--traffic non-existent. Hokkaido is a cyclist’s paradise.

It’s dark by the time we arrive at the port town of Wakkanai. Here we find road signs not only in Japanese and English, but also Russian, for we are only a stone’s throw away from Sakhalin (Russia). Wakkanai is the last major town before you reach the tip of Japan. From here you can get a ferry to nearby Japanese islands Rishiri and Rebun. You can even catch a boat to Russia.

After a long day of driving through the Hokkaido countryside, we stop over in Wakkanai for the night, in what is the most luxurious youth hostel I’ve ever stayed in (Wakkanai Youth Hostel). For just a tad over 2000 yen we score a private room rather than a shared dorm. Despite the old, run-down exterior, we find ourselves pleasantly surprised by our lodgings, which by most Tokyoite standards is very spacious. We have to ourselves a large fully-furnished mini-apartment. There’s our own washing machine, stove, fridge, tv, dining table, bathroom, and a separate tatami room which comfortably sleeps four people, though there are only three of us. Hotel trimmings at hostel prices. We can’t complain.

Up early the next morning, we are bound for Soya Misaki (Cape Soya) which is THE most northerly point in Japan. From Wakkanai it’s just a 30-minute drive, and all roads head north. No getting lost this time around.

At the absolute tip of Japan, we take the obligatory photo at the tourist monument which tells us we are at “the most northern point in Japan”. On a clear day you can see the faint shoreline of Russia in the distance. Lucky for us, it’s a clear September morning. Somewhat chilly, though, by the water.

There’s a souvenir store, as well as a public restroom if you feel like leaving a piece of you behind at the tip of Japan. Across the road is the Peace Park up on higher ground, from which you can score a higher vantage lookout point out onto where the Sea of Okhotsk and the Sea of Japan converge. You might even spot the odd fox or two.

If you fancy a prayer at Japan’s northernmost shrine, there’s one of those too.

It feels great to be on top. It’s a shame that it’s a long way back down from here.

Have passport. Will travel.Have camera. Will shoot.Licence to thrill.A traveling gastronomad with an appetite for food and adventure, slowly eating my way around the world. 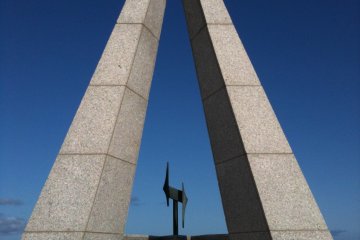 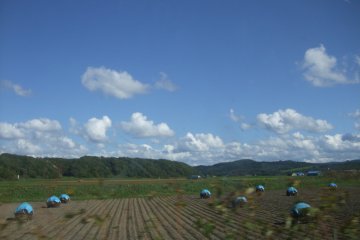 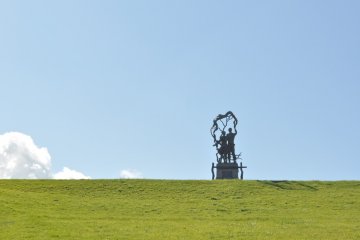 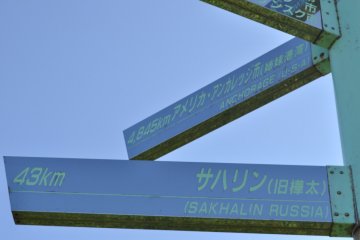 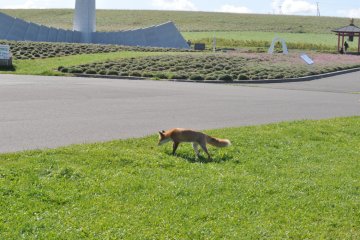 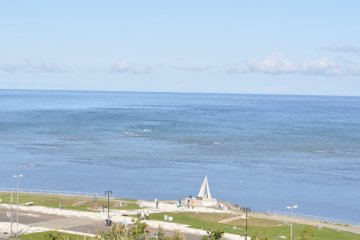