Connected to Tokyo and Sapporo by air

Wakkanai Airport (airport code WKJ) is situated at the northern tip of Hokkaido prefecture, and offers daily services via ANA to and from Sapporo's New Chitose Airport and Tokyo's Haneda Airport. The flight time to Sapporo is only 55 minutes, with Tokyo being around one hour and 50 minutes away.

As a smaller regional airport, Wakkanai doesn't have the same range of amenities as larger transport hubs do. In saying that, there's still enough to keep you occupied and fed. The ANA Festa store is filled with different Hokkaido-based omiyage boxes containing tasty snacks, and a range of other souvenirs. Free Wi-Fi is available throughout the terminal buildings.

For those visiting with an appetite, the aptly-named Airport Restaurant serves up various comfort food dishes like ramen, curry, and gyudon (beef over rice). The scallop ramen is particularly popular with patrons - Hokkaido's seafood is renowned for being extremely high quality, and the dish uses salt sourced from Soya Bay. The restaurant even serves Russian beer on their drinks menu, given the region's proximity to its northern neighbor.

If you're continuing your journey in the Wakkanai area, taxi and bus services are available at the front of the airport building. There's also a car rental reception desk on the first floor if you plan to self-drive.

One thing to note about traveling through Wakkanai Airport is that occasionally if the weather is poor in the winter months, flights can be diverted to Asahikawa Airport which has a longer runway. The distance between the two airports is significant at 250 kilometers, so keep that in mind if you're traveling during that time of year.

The airport also is connected to the JR Wakkanai Station via bus. 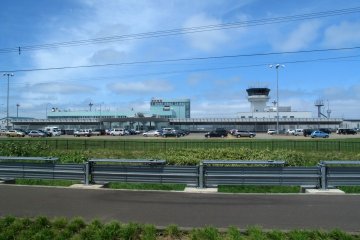 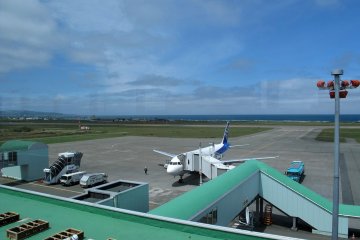 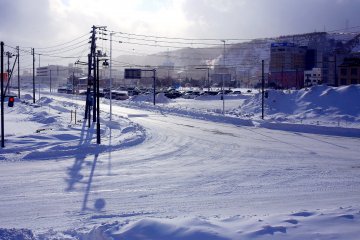