My first foray in the world of Ainu culture took place at the Hokkaido Museum of Northern Peoples in Abashiri. I was well aware of their history and relation to the indigenous people in my home province of British Columbia, Canada and was pleased to be able to visit the museum.

When I entered the museum I was struck by just how familiar it all felt and how it seemed as though I had visited the museum many times before. The lobby contained a map exhibit, but unfortunately the information presented did not include English, so I made my way into the main exhibit center that contained the five major displays. I decided to use the English language pamphlet provided by the center but it should be noted that audio headsets are also readily available for those that wish to take advantage of the service.

It must be stated that this museum is a celebration of the skills, development, migration, tools and culture of the Ainu People. The museum’s focus is not placed on the relationship between the Ainu and the settlement of Hokkaido, sometimes referred to as the colonization of Hokkaido, or the specific human rights issues and adversarial aspects of their struggles and aspirations within the larger society of Japan. This is not to say that the museum doesn’t acknowledge such things, just that its emphasis is on the cultural significance of the language, traditions and the Ainu way of life.

With this in mind, the museum provides a stunning and superb display of colorful clothing, marine transportation, craftwork, carvings, tool development and hunting and fishing implements. The exhibits are divided into five separate categories:

The center was a wonderful first-hand introduction into the culture of the Northern Peoples of Hokkaido, the Ainu. From the building itself, designed to represent a swan with its wings outstretched with a conical glass entrance hall mimicking the shape of a traditional tent used by many people in the northern regions, to the displays inside, the museum is well worth a visit for those that would like to learn more about the Ainu culture. 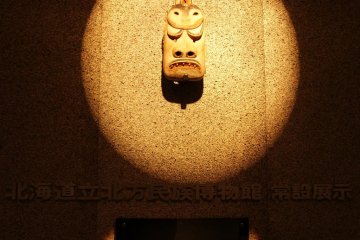 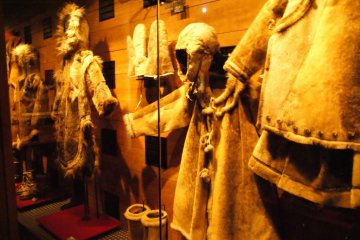 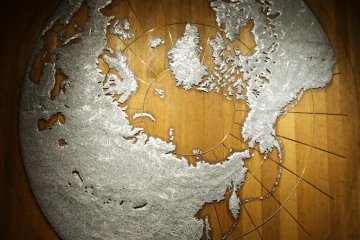 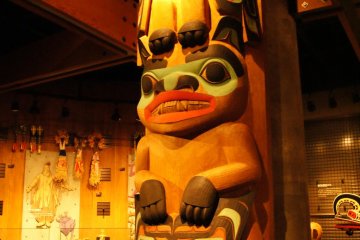 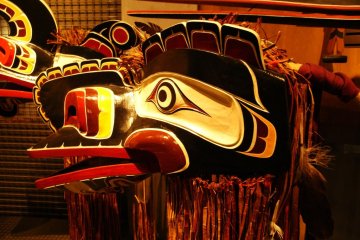 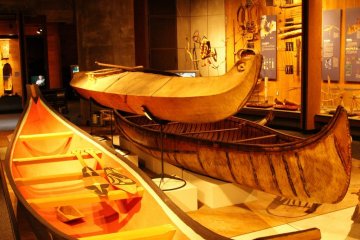 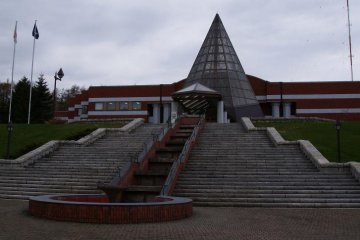 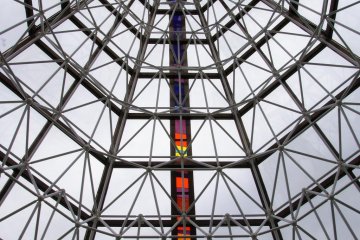