A pleasant and relaxing stay in Eastern Hokkaido

Nemuro is the eastern-most city of Japan. Only a five minute walk from the last train station on the Nemuro Main Line and the bus terminal, Hotel Nemuro Kaiyoutei is one of the city’s top hotels near the train station. From the moment I arrived at the car park, the service provided was incredible. The checking-in process was fast, the introduction of the room and facilities were clearly explained.

There are Japanese-styled as well as western-styled rooms. Since I prefer sleeping on a futon, I had made a reservation for a tatami room in advance. The room was huge, being able to accommodate up to four adults. With four futons laid out in the sleeping room, there was still ample space to place our luggage. In the adjoining room, was the small table with zaisu (literally sit chairs, which look like chairs without legs), and a small television set in the corner. Wifi connection was strong and stable throughout.

Kaiseki (traditional, multi-course Japanese dinner) was at the dining hall on the ground floor. There are various meal plans available, ranging from a stay without meals, to the most extravagant dinner plan with Nemuro's specialities. The specialities served change with the seasons. Nemuro's popular Hanasaki Crab was boiled to a bright red, and then served whole. There was even a step-by-step instruction sheet on how to devour the crab. Dinner service was excellent. Upon sensing that I was struggling with the crab, the staff immediately offered to extract the meat for me. What I liked most was actually the dessert, ice cream made with Nemuro's own sake (Japanese rice wine).

After a hearty dinner, rest and some karaoke, it was finally time for an onsen bath. As usual, the baths are gender segregated. There was a large bath and a sauna room. It was only slightly after 10 pm, and I had the entire bath to myself. Outside the bath was a large lounge with vending machines and a television set.

Buffet breakfast the next morning was at the same dining hall where I had dinner the previous night. There was a huge assortment of salad, sashimi, fruits and side dishes of both Western and Japanese styles prepared with Hokkaido ingredients. You can even take away coffee or tea to enjoy afterwards. 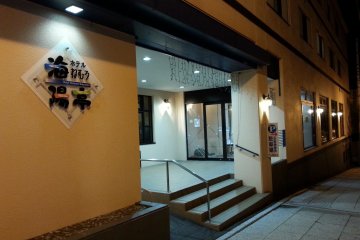 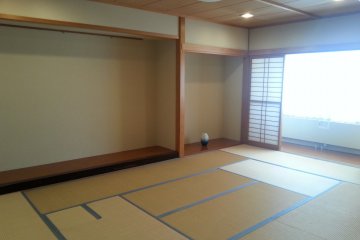 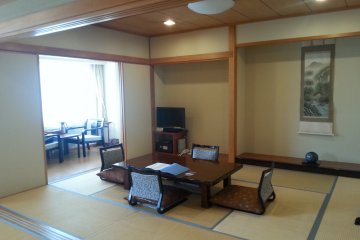 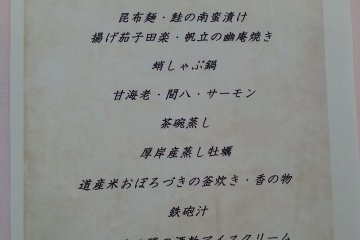 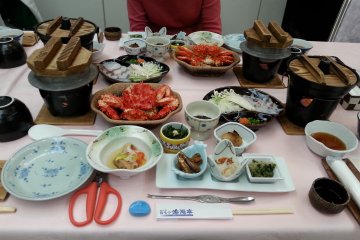 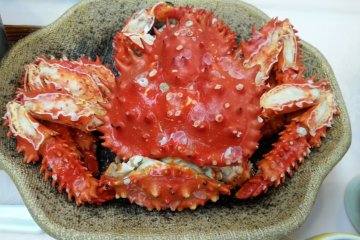 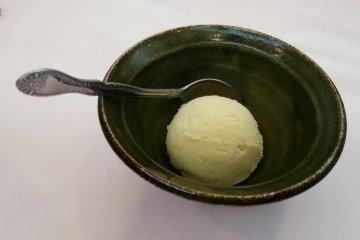 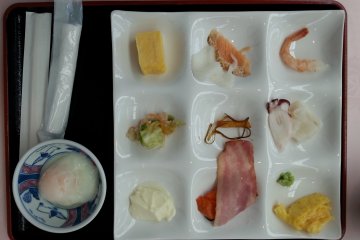 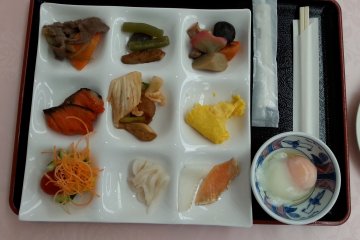