While scouring the Internet for a place to get lunch in Himeji, I discovered that one of the highest rated restaurants in town was Ittetsu Ramen. I wouldn't consider myself a ramen fanatic, but I love a good bowl, so when the whole town was saying it's the best place to eat, I definitely wanted to check it out.

I'm happy to say that Ittetsu was not over-hyped. The exterior of the building looked a little garish, which isn't too out of the ordinary for ramen restaurants. The interior had a very homey feel, with lots of warm wood, nice decorations, and various jars of things being pickled.

Ittetsu is a mom & pop shop, with "Mama" taking orders and seating customers and "Papa" doing all the cooking. One of the first things I noticed was a sign saying that Ittetsu is only opened from Thursday until Sunday every week. When the lunch rush calmed down, I got to ask the owners about it. It turned out that all of the vegetables are home grown, and Monday through Wednesday is spent working the local gardens. They also make a five-hour trip once a week to northern Hyogo to get special spring water. The spring water is used as the base for the soup after it has used to clean rice.

We ordered their signature Ittetsu Ramen and a spicy variation of it. Both were excellent. The noodles tasted substantial and had the prefect consistency. The soup had superb flavor. The standout was the chashu (pork belly), which was the best I have ever tasted. Before receiving our ramen, I noticed several roasted pork belly rolls stacked on the counter, from which the chef cut the super-thick slices to put in the ramen.

Ittetsu's claim to fame is an artisanal-looking vegetable ramen, which unfortunately was already sold out by the time we ordered. In fact, it seemed as if Ittetsu's popularity was its only downside. We had to wait about 30 minutes until we could sit down and order. We then waited another 30 minutes for our food, which is quite a long time for ramen. That being said, the food was worth the wait.

The owner at Ittetsu Ramen told me they have been in the same location for 35 years and for that whole time have only used vegetables from their own local, organic garden. They have also always made an effort to make their food allergy-friendly. He said he and his wife spend their vacations traveling Japan to try other ramen, and good food in general, often visiting Michelin-starred restaurants when they have the chance. I realized that I was speaking to a ramen craftsman, who lived to hone his skills and make the best ramen he could.

I cannot recommend Ittetsu Ramen enough. Next time I go, I plan to get there early so I can beat the rush. I'm also dying to try the special vegetable ramen, so I can fully experience the best that Ittetsu Ramen has to offer.

I enjoyed living in Japan for nearly seven years. After studying Journalism and Japanese studies in Chicago, I first went to Japan in 2005 and taught English for two years. I returned to the States, but I soon found myself back again. My second time in Japan was only for one year, which I spent w... 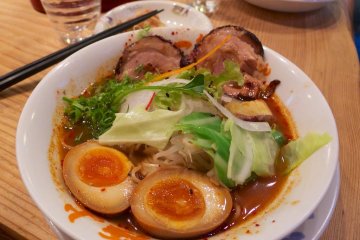 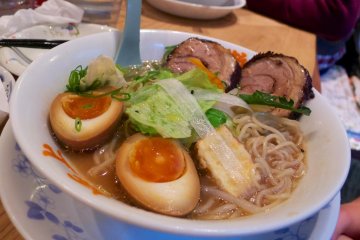 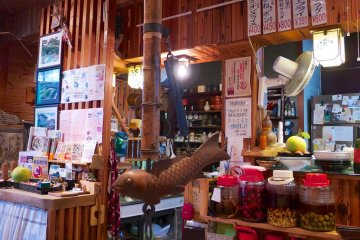 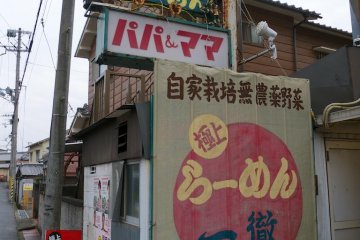 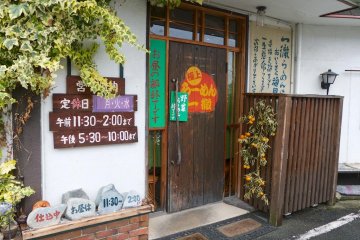