A short hike west of Sannomiya Station in Kobe, you'll find many buildings with a distinct foreign influence. These buildings, called 異人館 (ijinkan), literally translated as “the house of foreigners”, are where foreigners of important influence lived long ago. The different exhibits are based on the home countries of their past residents. I visited the Holland House, which was used by the Consulate General of Holland for many years. The house is the 48th preserved building appointed by Kobe City's department of education and has been opened to the public since January, 1987.

Arriving at the house you'll see flower beds at the entrance and a giant wooden shoe. The interior of the building is filled with various antiques imported from the Netherlands. Everything had a place, almost as if someone was still living there; children’s clothes were laid flat on the bed, a 200 year old piano was open and ready to be played, and chairs were pulled half out. My favorite room was the kitchen where they had an old stove and the little patio with an old sewing machine. The two story house looked very beautiful and cozy like something from an old story book.

The Holland House is also known for its fragrance making. If you desire, they can create a little bottle of perfume or cologne specifically customized for you. They have you fill out a survey, which includes questions about your favorite smells, your birthday, and your zodiac (something that is very important to Japanese culture), and for ¥3,255 you can have a one-of-a-kind fragrance that is yours and yours alone!

Unfortunately there were no English translations for the exhibits, but it was fascinating regardless. There are many other houses to visit in the area, and if you get thirsty or hungry, there are quite a few little places to snack nearby, including one of the fanciest Starbucks I have ever seen! From the colorful roofs to the European looking street lamps, the little neighborhood of "foreign" houses is a wonder to visit and is sure to charm anyone who might stop by. 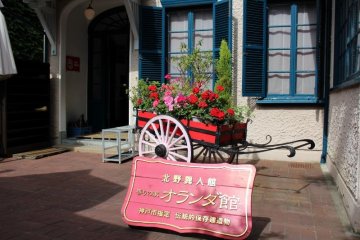 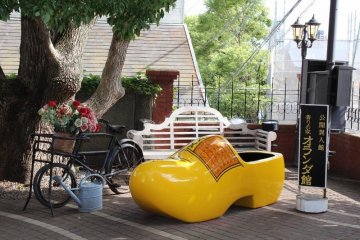 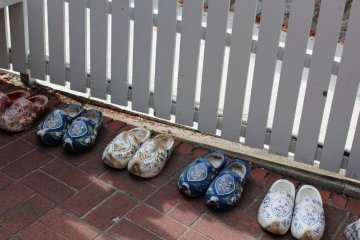 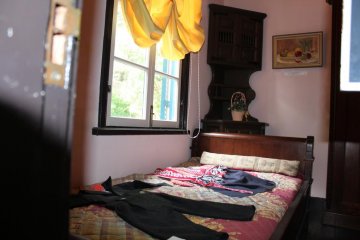 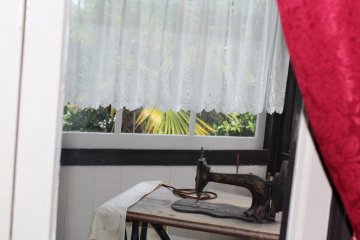 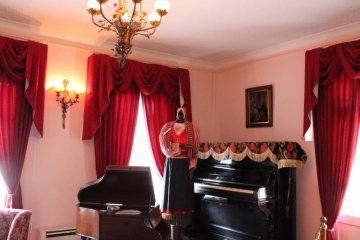 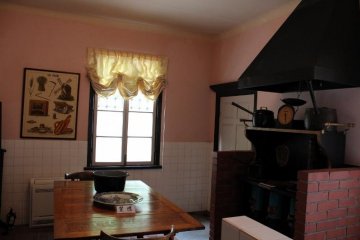 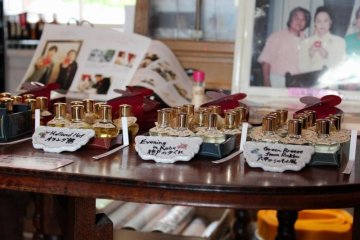