Looking south across the minami senjo from the tower foundation (Photo: Bryan Baier)

The Ruins of Takeda Castle

Say “Japanese castle” to anyone and the first thing that likely comes to their mind is Himeji or Osaka Castle, but say Japanese castle ruins and you’ll probably draw a blank. I had never thought of castle ruins in Japan until one picture on a poster about castles at school grabbed my attention and wouldn’t let it go. In the picture ishigaki rock foundations and walls covered a mountaintop and stretched away into the distance following the contour of the mountain as far as the picture’s frame allowed. I couldn’t yet read the kanji of the castle’s name but I was able to find it on the poster’s map, it was deep in the mountains of Hyogo Prefecture. Three years later I saw a picture of the same castle while traveling through the San’in region of Japan. This time I could read the kanji, Takeda Castle. I also saw that the return portion of my journey would take me super close to it, and I resolved that I would stop there on my way back to Kyoto from Tottori.

Built in 1441 on the summit of a mountain that towers nearly 1000ft over the surrounding terrain, the ruins of Takeda Castle cover an area a quarter of a mile in length and more than 300 feet in width. It was built in the path of aggression between the Yamana and Toyotomi daimyos, who were fighting for control of what is now northern Hyogo Prefecture. In 1577 the Hideyoshi family defeated the Yamana family forces garrisoned at Takeda Castle and the castle fell into their control. Takeda Castle changed hands several times until Hirohide Akamatsu, a soldier who fought for Ieyasu Tokugawa's at the battle of Sekigahara, was appointed its lord in 1600. Within a year of his appointment, Akamatsu committed seppuku and Takeda Castle was abandoned.

Despite an aching knee, I completed the hike from Takeda Station to the Otemon Gate in just over half the time the sign suggested the hike would take. Only the stone walls and foundations of Takeda Castle remain after more than four centuries of abandonment, but, the massive size of these structures, their location, the area and history that they cover stunned me. I was in Japan’s Machu Picchu. Sakura and pine trees spread almost naturally across the castle’s grounds. Even though the trees were planted by the town of Wadayama, they give the appearance that the castle is slowly being reclaimed by nature. I spent over an hour and a half walking around the castle, taking pictures and eating my lunch. I would have stayed much longer if I hadn't a train to catch. Seeing the sunset from Takeda Castle would have been something very special indeed.

Takeda Castle is a great place to see fall foliage, sakura, or observe the "cloud sea" phenomena (best viewed in the early morning). Entrance to Takeda Castle Ruins is free, getting to them is not. The nearest city of any size is Toyooka on the San'in Main Line. The entrance to the castle is via a steep 1km long hiking course that starts next to Takeda Station on the Bantan Line, or by a taxi or car ride to the parking lot just below the summit. Takeda Castle Ruins makes a great day trip out of Kyoto. Take the Limited Express Kinosaki to Fukuchiyama, change to the local train and go to Wadayama for the final connection to Takeda (¥3150 each way, 2hrs 9mins), or get a taxi from Wadayama. The local train from Kyoto is ¥2210 each way and takes just shy of 3 hours. Takeda Castle is also an ideal stop for those en-route to Kinosaki Onsen, Tottori, or Amanohashidate, or on the way back from those places. It definitely makes my list of, "things you must see in Japan." Happy travels!

Find out more about Takeda Castle. 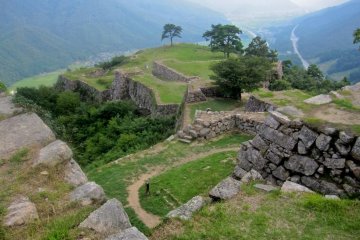 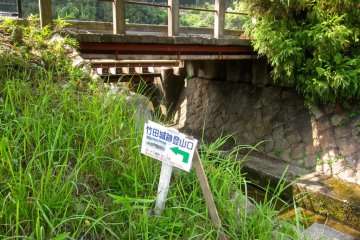 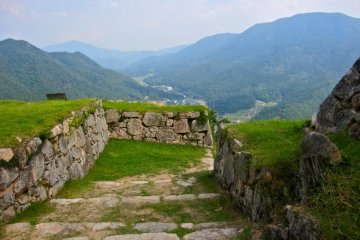 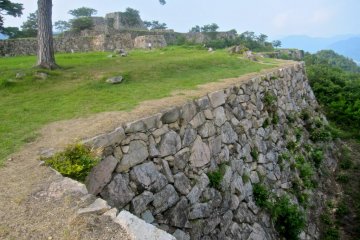 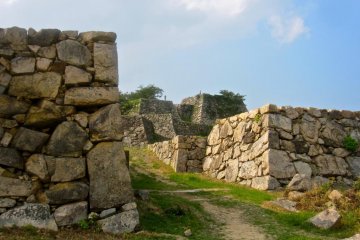 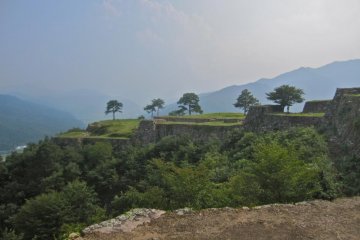 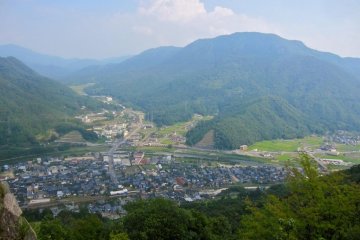 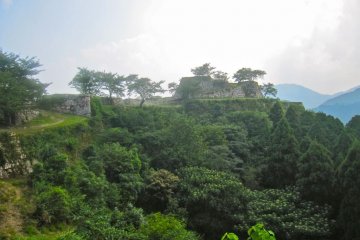 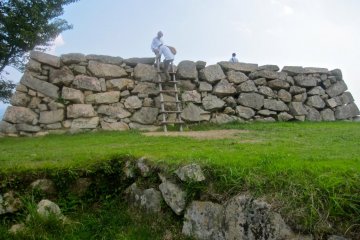 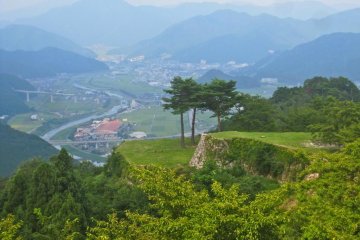 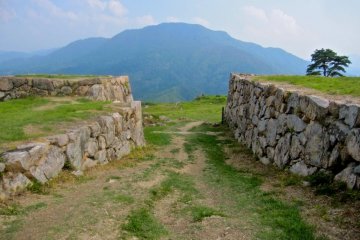 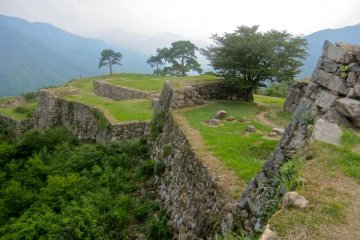