And the aroma was lovely. (Photo: Victoria Vlisides)

Field Of Millions Of Flowers

Before I moved to Japan, there was one thing on my list: Hitachi Seaside Park. OK, it was actually just “that park with millions of gorgeous blue flowers!!” — but eventually, I looked up the name.

If you’re like me, after looking at those photos, you’re probably also saying "No matter where this is located — let’s go!" One remarkable thing about traveling to Japan, in terms of tourist attractions, is it almost always lives up to the hype. A giant flower park in Ibaraki Prefecture was no different.

Hitachi Seaside Park delivers on that unbelievable, enchanting blue sea you likely can’t see anywhere else in the world. Plus, it also has tulip and daffodil fields, on-site food, a forest, amusement park, and more in late April to early May.

I took the special express train from Tokyo Station to Katsuta Station (more transportation details below in “Access”) with sights set on the sea of flowers — nemophila, or commonly called “Baby Blue Eyes.”

Once I got there and actually stepped inside, I was blown away by how big it was. I spent around 5 hours in the park and it could have been longer. The aroma of the nemophila was spectacular. Hoards of people walk through the pathways, taking tons of video, selfies and photos ― and I’ll admit, I was, too.

There are plenty of food vendors next to the nemophila fields, selling anything from traditional Japanese festival food to hotdogs to crepes, and don’t forget the nemophila-flavored “soft cream.” Who doesn’t want to eat flowers! Light blue in color, the "soft cream" (soft serve, as we call it in the states) tastes like the flowers smelled ― freaking magical.

The park has different attractions based on the season. Please make sure to check their website for the bloom schedule before planning a trip. Nemophila are usually said to bloom from late April to mid-May. My only real criticism is that it isn’t open very late, just until 5 p.m. (See their website for seasonal hours.), so make sure you get there early to give yourself time to walk around and also to sit, relax and take it all in.

Most of the trip cost comes from transportation. The park itself is cheap ― just ¥410 for one adult.

The express train ticket only runs for a limited time. It costs ¥1,550 on top of regular fare, one way for a reserved seat. You ought to get a reserved seat because the train gets packed and you won’t get a seat probably. (Even if you are trying to be cheap, this is something I would not cut corners on ― just some friendly travel advice.) Altogether, the train and bus fare round trip is about ¥7,500–8,000. Yes, that makes it an expensive trip ― but it’s worth it!

In the spring, take the Hitachi 7 Limited Express train from Shinagawa, Tokyo or Ueno to JR Katsuta Station station. From there, follow the crowd to the bus stop area. There is a deal where you can buy a ticket to the park, plus bus fare for ¥1,200. Do that. One way from Tokyo, it’s about 1.5 hours. 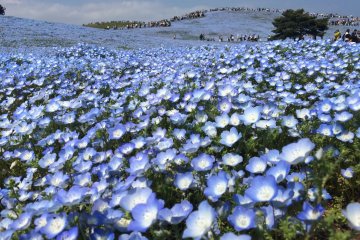 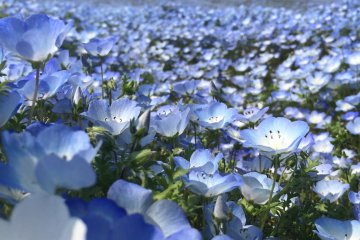 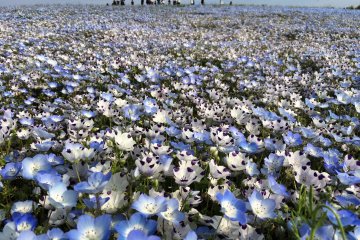 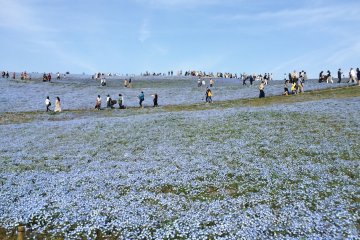 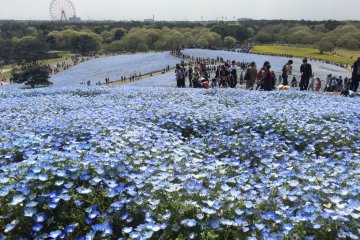 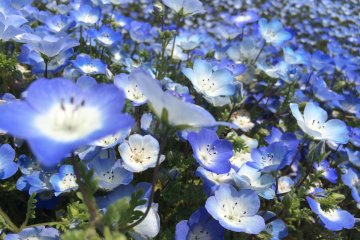 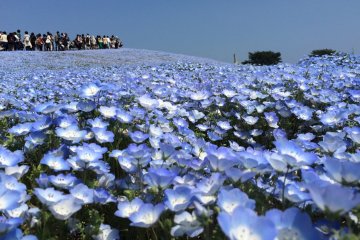 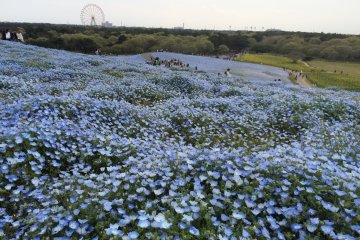