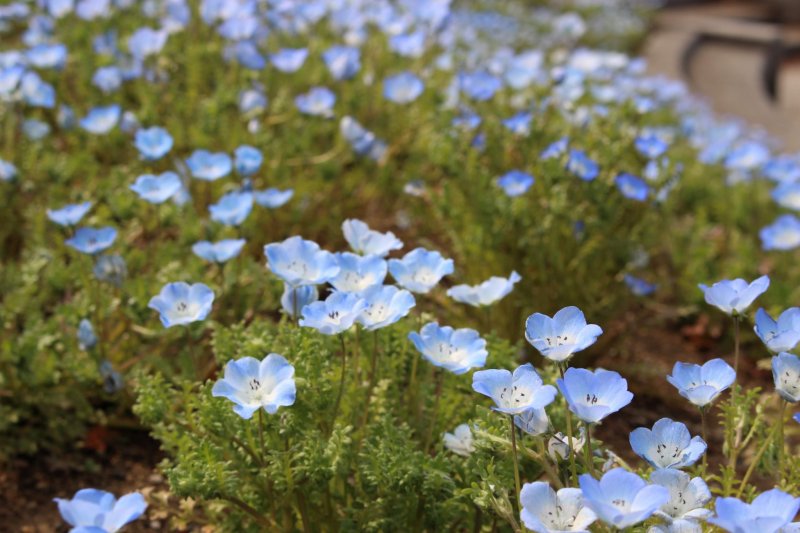 One of the most famous flower scenes in all of Japan is the 'sea' of blue flowers at Hitachi Seaside Park every spring. Millions of nemophila, or 'baby blue eyes' bloom on the Miharashi No Oka hill in the park. The flowers bloom from mid April until early May. During the period of the bloom the cafe in the park, "Kinen no Mori Rest House," sells a limited edition Nemophila Latte.

During this period, there are also other seasonal flowers in bloom. For example, in April, in the "Tomago no Mori Flower Garden" you can see tulips. In early May, you can see poppies. The rapeseed in the park is generally in bloom for the whole period of the nemophila season.

Hitachi Seaside park is commutable from Tokyo. It takes about an hour and a half one way. Please note that this event attracts thousands of tourists weekly during the period of the bloom. Hence, it is not uncommon for the trains, bus, roads and the park to be congested, particularly during Golden week, which falls just as the nemophila are in their prime.

By car: The Hitachi Seaside Park interchange is right in the park. There is parking for 4350 cars. It costs ￥520 per day.