Step into a different world at Kashima Shrine

Purportedly established around 600BC by Emperor Jimmu, Kashima Shrine is one of Japan’s most venerated Shinto places of worship, and was once considered in the same rank as the lauded Ise Shrine. Even today it welcomes around 600,000 people every year for the New Year’s celebrations, and enjoys year-round patronage due to its plentiful and interesting events.

The patron deity of Kashima Shrine is one of the gods of martial arts, Takemikazuchi-no-Okami, and there are sword-fighting schools on the premises that study the Kashima Sword Style invented by the region’s famous swordsman, Tsukahara Bokuden. Every year there are demonstrations of these and other martial arts as part of ceremonies to venerate the gods, which are a great opportunity to witness some legendary fighting forms at work.

But one of the major highlights is the precincts of the shrine itself. Once you enter the main gate the resemblance to Ise or Nara is undeniable; though only a few feet outside lies a recently renovated shopping arcade and the rural sights of sleepy Kashima, the instant you pass inside you are greeted with the pure, relaxing breath of the old-growth forests and loam. Above you tower trees older than your ancestors, filtering the sunlight until the air itself seems to glow with trapped radiance and power. The scents and sounds of the forest immediately convey a sense of otherworldliness, and it seems odd that just moments ago you were passing cars and convenience stores.

In addition to the usual charm and fortune sales spots they also have a deer sanctuary, where the curious animals come looking for food and attention from their visitors (while making the most adorable high-pitched sounds). The main shrine is peaceful and secluded, listed as a ‘powerspot’ for the area, and behind it is the path to a smaller, lesser shrine where the giant stone that is purported to trap the huge catfish that causes earthquakes is kept. Japanese tradition holds that catfish cause earthquakes by flipping their tails and legend goes that a giant catfish living underground caused many large tremblors until this rock was placed on top of it to stop it from moving. Definitely a place to visit if you don't like earthquakes. If you follow the path down the hill you’ll find the purification pond that was used by visitors in the past to avoid bringing impurities into the shrine (and they now sell many flavors of soft ice cream too).

An interesting feature of the summer is the mid-year purification ceremony held in June. For this a large straw ring is raised so that visitors can walk through it in a traditional figure eight pattern, thereby removing all of the last half-year’s impurities and allowing you to move forward with greater success. However, a visit at any time of year is more than enough to bring a renewed sense of calm and clarity, if that is what you are seeking.

Find out more about Kashima Shrine. 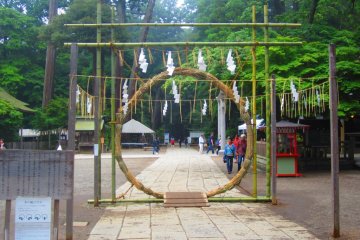 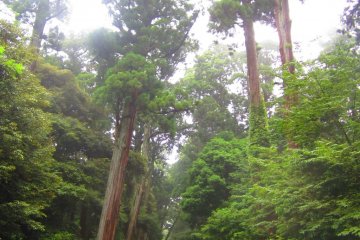 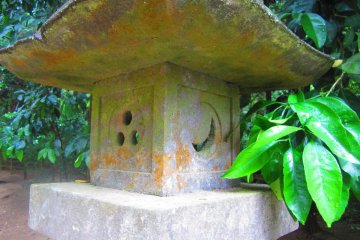 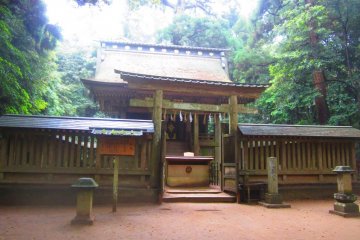 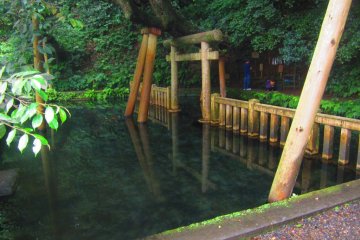