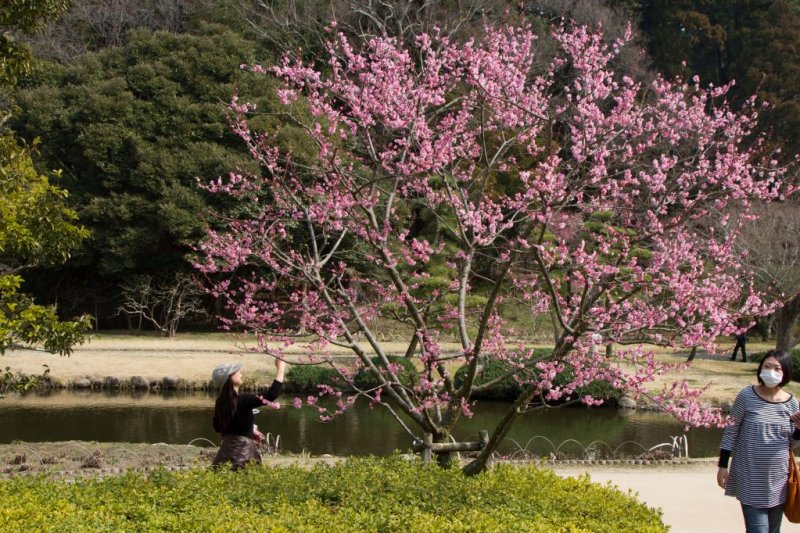 Celebrating the first signs of spring 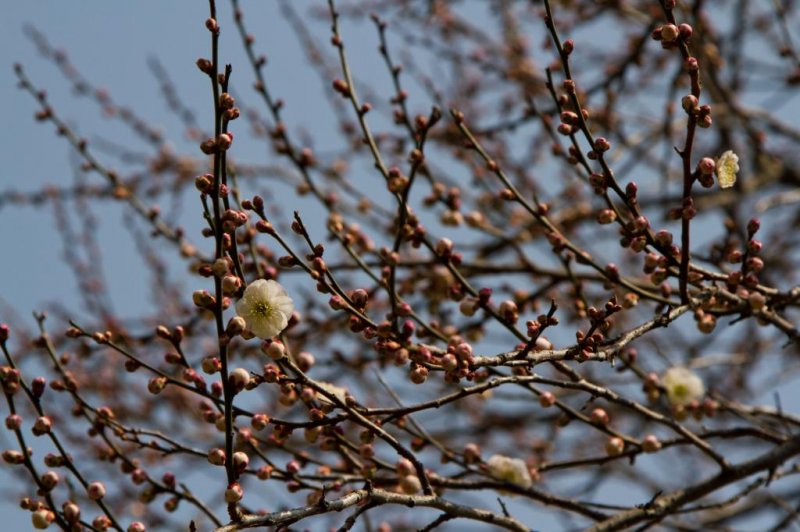 Some plum blossoms were only about to get started 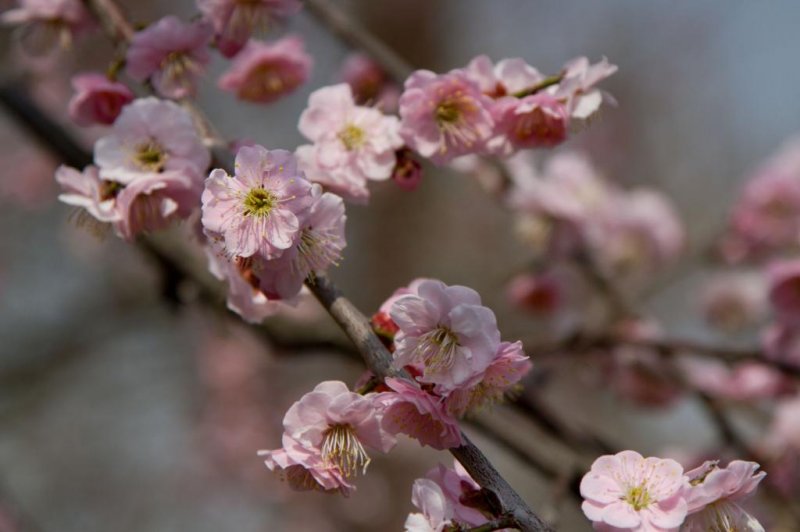 Others were in full bloom 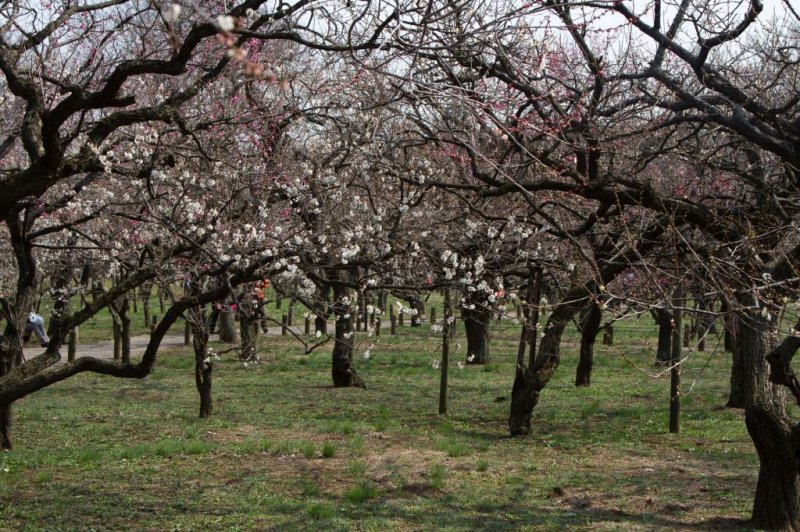 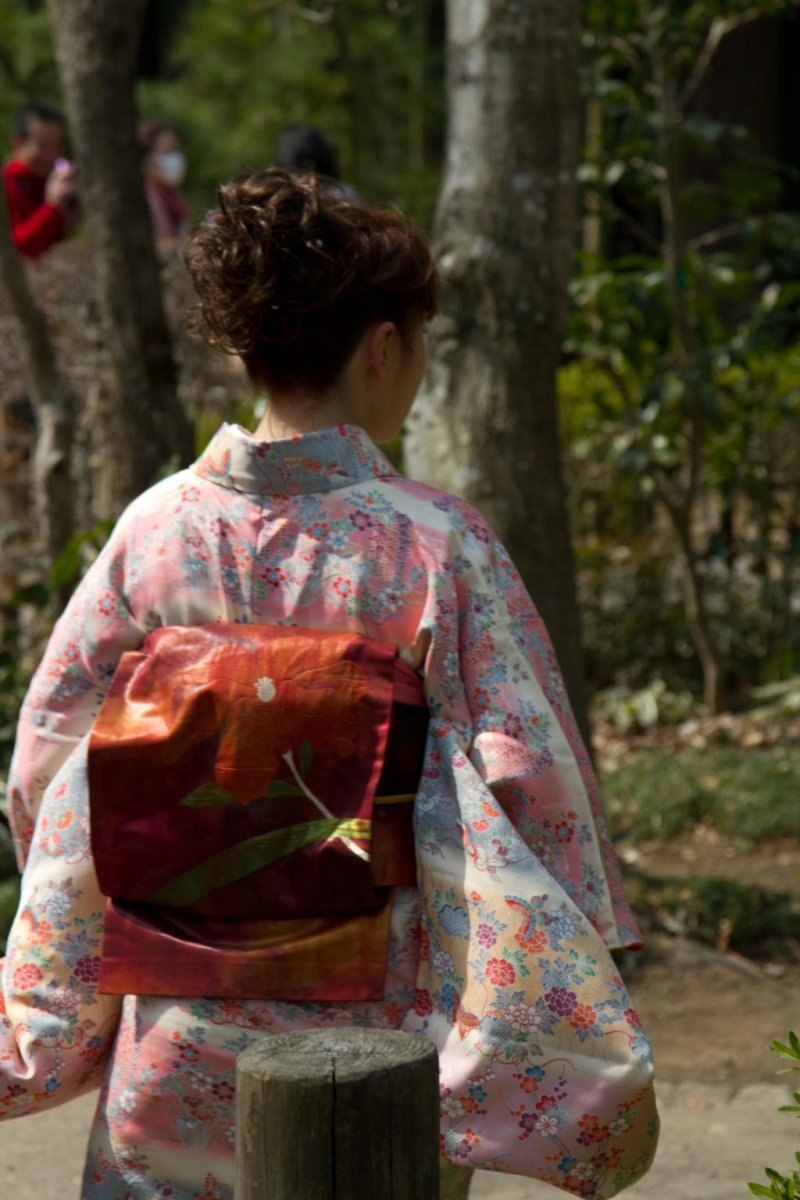 The Kimono pattern of the Plum Blossom Ambassadors matches the season 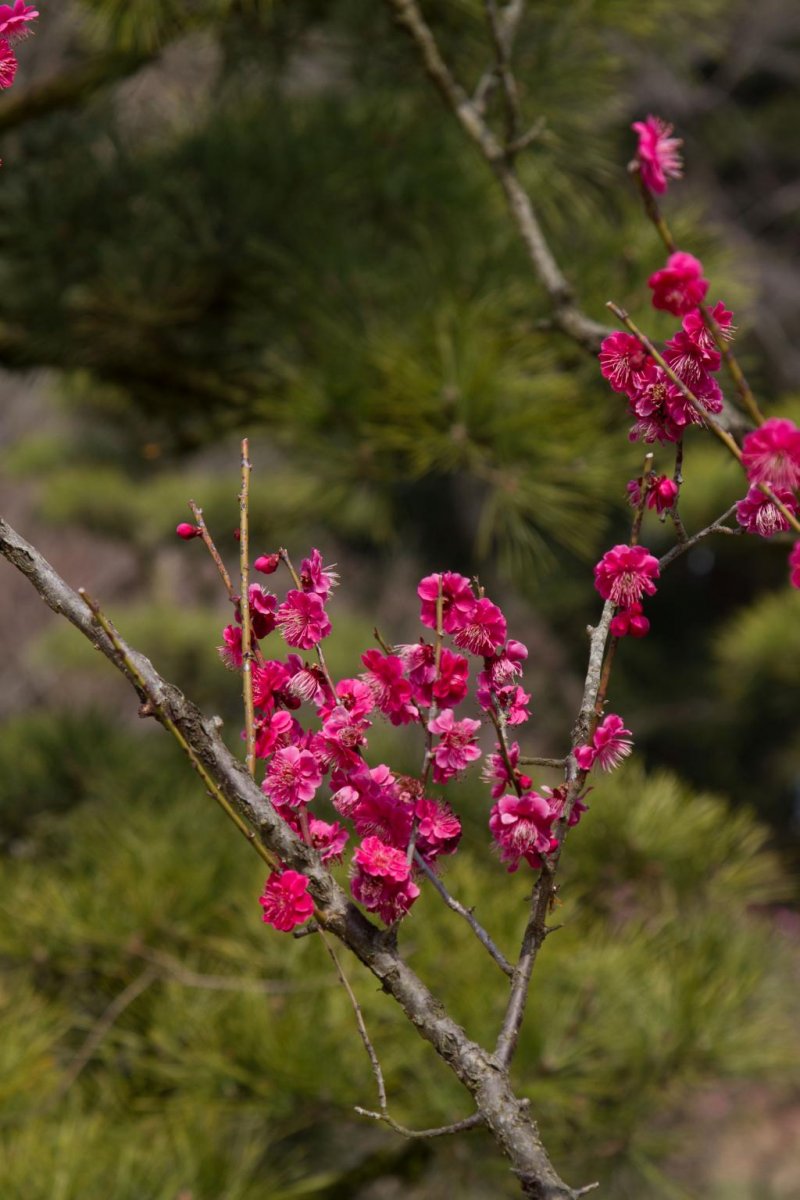 The dark-pink and green combination was my favorite 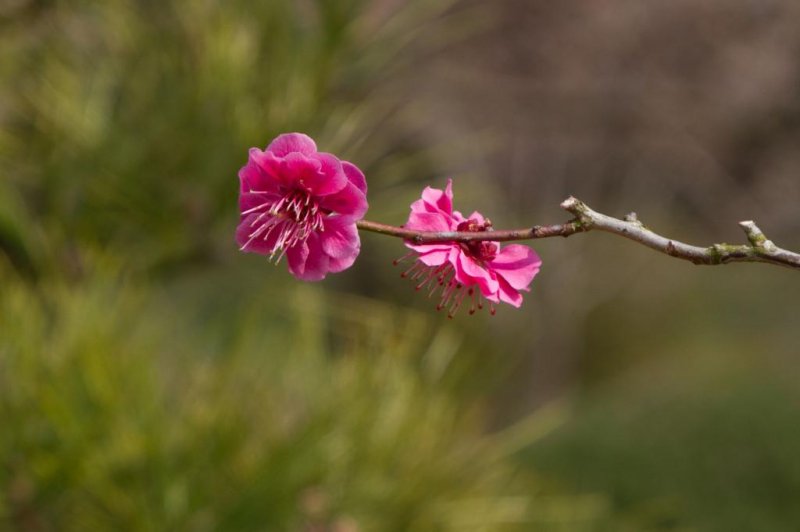 Close-up of my favorite colour combination 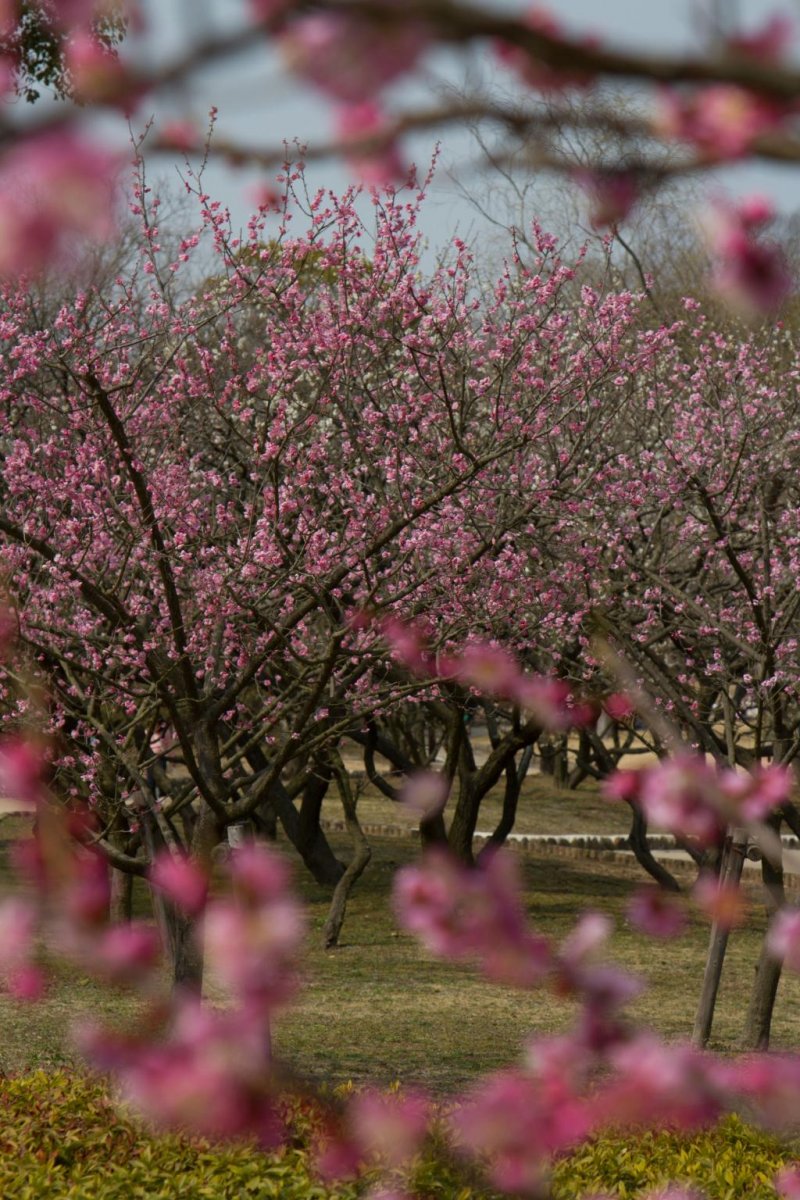 But all pink was nice too! 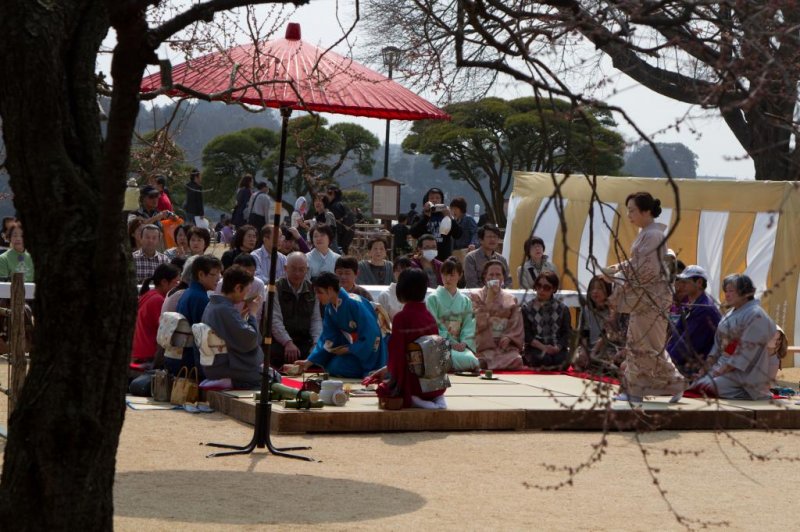 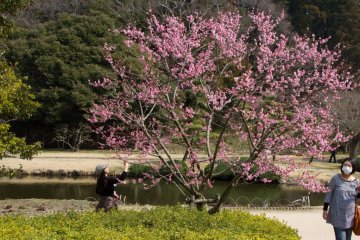 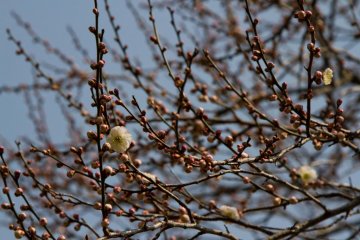 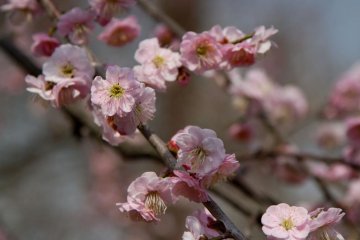 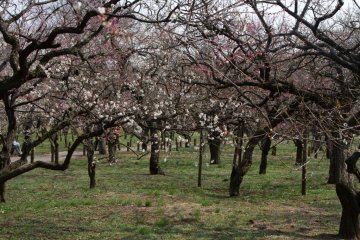 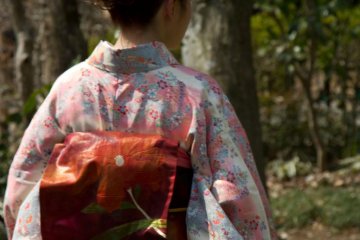 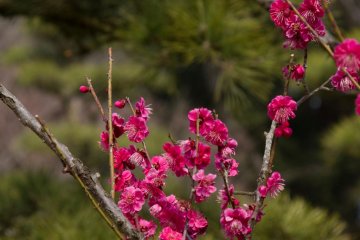 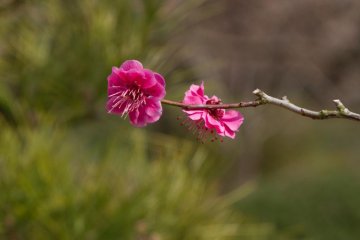 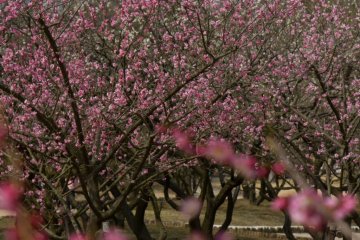 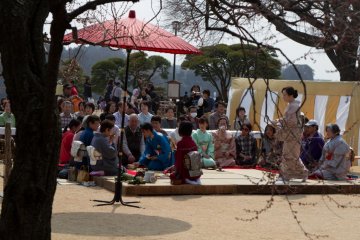 Kairakuen is a large park in Mito and it's famous for its over 3,000 plum trees of different kinds and colours. When we were there in the middle of March, I felt that the blossoms were still behind the ones in Tokyo, although it's just an hour away from Ueno Station by express train. During the festival time from late February until the end of March you'll find lots of activities going on (usually on Sundays only), like open-air tea ceremonies or traditional music performances.