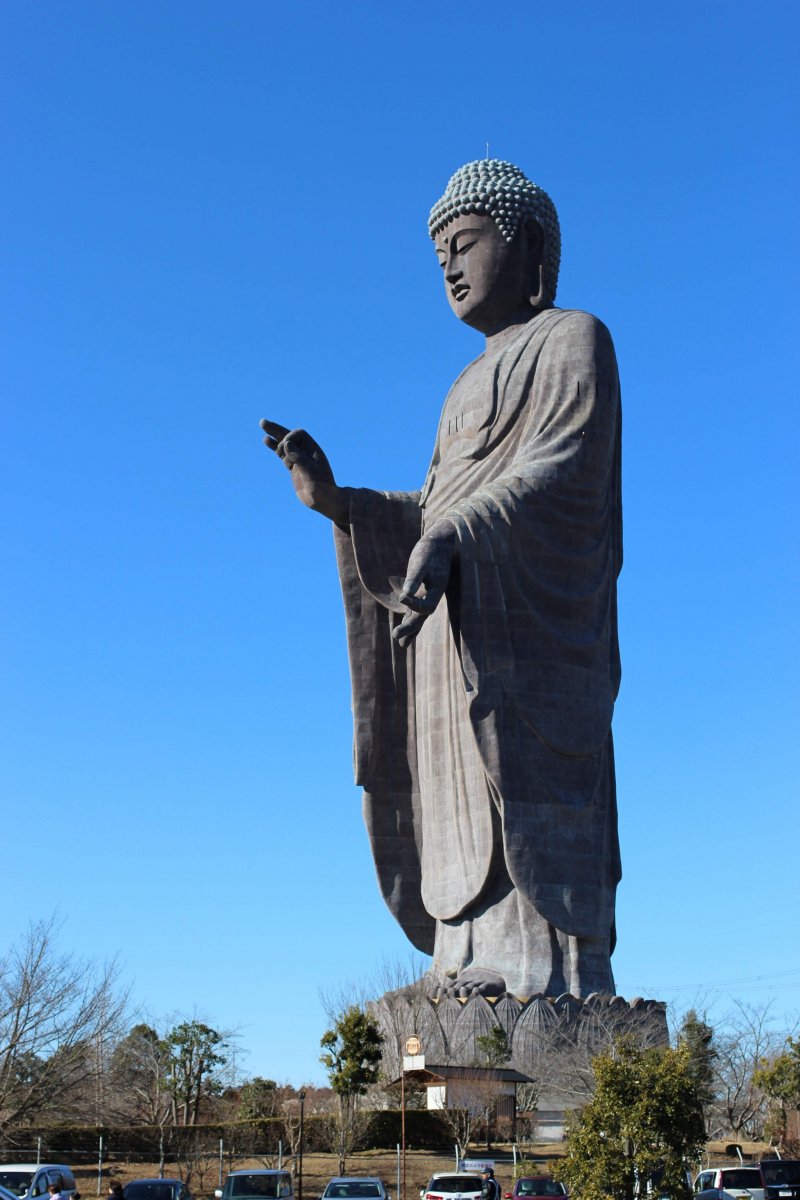 Hatsumode is the practice of the first religious worship of the year. It is typically associated with a first visit to a shrine, but some people prefer to worship at a temple. The temple at the Ushiku big Buddha, known as a Daibutsu, is a popular New Year's pilgrimage for many. The temple offer many attractions for those who make the journey, from near and far, to pay homage at the big Buddha over New Years.

The New Year's at Ushiku Daibutsu is for three days from the evening of December 31st until the afternoon of January 3rd. It starts with a count down event to the New Year and fireworks are launched at the stroke of midnight. Fireworks are a common way to ring in the New Year in many countries, but despite fireworks being very popular in Japan, they are not common at New Year at all. Ushiku Daibutsu is one of only a few places that ring in the New Year with a fireworks display on the stroke of midnight. The fireworks illuminate the stunning 120 meter tall Buddha - one of the three largest Buddha statues in the whole world.

There is a small petting zoo at the back of the giant Buddha. They put on stage performances with animals a couple of times a day during the New Year period.

The Big Buddha is located close to the Ken-o expressway Ami Higashi Interchange, the same interchange for the Ami Premium Outlets. Making it very accessible from other parts of Ibaraki and from Chiba and Saitama too. It took us less than half an hour from Narita International airport to reach this location on New Year's day and about an hour from there to home in Saitama using the Ken-o expressway. From Tokyo you can use the Joban expressway to the Tsukuba junction and change over to the Ken-o from there.

The nearest train stations are Ushiku and Hitachino-Ushiku, both on the Joban Line. The Buddha is quite far from both though so you would have take a taxi or a bus from the station to the Big Buddha.

Find out more about Ushiku Daibutsu.