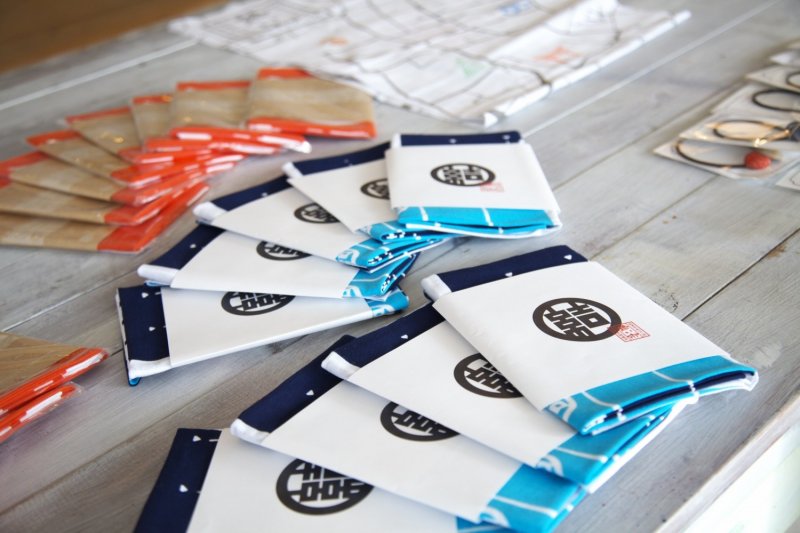 Weaving together local crafts, people and culture in Yuki

Yuiichi is a local craft festival in Yūki, Ibaraki prefecture. True to Yūki's history and rich weaving heritage, the Yuiichi event aims to bring together local people and crafts to celebrate Yūki's culture.

Spread across Yuki's historical downtown streets, Yuiichi provides visitors a chance to explore over 35 different shops, stalls and cafes in the neighbourhood. With many roads closed off over the Yuiichi weekend, people are encouraged to walk or cycle around the different sites, which surround the central Takedasuga Shrine. Performances and street stalls can be enjoyed as local businesses and craftsmen open their doors to the public and host workshops that people can get involved in.

To the west of Takedasuga Shrine is the Sakagura (sake brewery) area where a number of local breweries open their doors to host visitors, small stalls and performances. Yūki/Buyū sake breweries feature live performances throughout each day, though this is ticketed separately to the main, otherwise free, festival. The Machinaka (downtown) area to the south-west features a number of art, sweet and goods shops and also intersects the Jinja (shrine) area in the centre of Yuki, where Takedasuga Shrine is located. To the east is the Toiyamachi (Wholesale) area, with a greater number of arts, crafts and small, independent shops and traders selling handmade wares.

There are a number of workshop opportunities to get involved in, including tsumugi, a silk-weaving technique unique to Yuki and designated one of several Important Intangible Cultural Properties of Japan. It is now inscribed on the UNESCO Representative List of the Intangible Cultural Heritage of Humanity. Also to try is making noren, the traditional sign curtain hung at shop entrances.

Whilst it is easy to explore Yuki on foot, it is even better to explore by bicycle as you may go back and forth throughout the day. Cycling affords you the luxury of making lots of short journeys, not worry about retracing your steps or just to simply explore freely. With so many sections of the town open to the public, there are so many hidden paths, shortcuts or nooks and crannies allowing you to explore this charming town at your leisure.

With Takedasuga Shrine being both the town and festival's focal point, lots of small craft and food stalls pop up outside around the shrine's grounds, which is also where the crowds converge as the evening draws near on both days. Here, live performances can be enjoyed alongside the warm glow of lanterns, candlelight and the cool, crisp autumn air. On the Sunday evening, a mesmerising performance of gagaku-style music can be witnessed.

Yuiichi is held every year on the second weekend in October.