Stay comfortably at this elegant hotel

As a popular tourist destination for both Japanese and foreign visitors, Kanazawa has a good number of hotels to choose from, which can yield some good deals for tourists, especially out of season. On a trip there in spring one time, my quest for somewhere well priced but nicer than a standard business hotel led me to Hotel Forza, where I did enjoy my stay.

Behind the glass doors there's a good sized lobby, and next to this there's a lounge area with tables, chairs and couches. This is also where I'd come for my welcome drink (only on the first night, not every night, sadly, but still nice to have), served from a vending machine by means of a card I got from the capably English-speaking staff at reception.

I was in a double room, which was nice and spacious for a single traveler; the TV was noticeably bigger than at other hotels in this price range, the fridge about the same size, but there was also a very big mirror, and lots of hangers for my clothes. It was tastefully done out, with a nice artsy print over the bed, sleek modern design, lots of wood-effect furnishing, and pastel colours easy on the eye. Also welcome were the two bottles of water each day, and a bathroom that wasn't the standard business hotel molded plastic thing; the non-slip ceramic tiles meant I didn't have to worry about slipping over when I got out of the bath.

One drawback was the lack of a desk, which made it difficult to set up my laptop, leaving me having to balance it on a surface near the window. The space in the room was used instead for a little couch, which was reasonably comfortable, but probably better for smaller people than me. (Evidently there are desks available from reception, but I didn't know about this during my stay.)

It's pretty well located, very close to the intersection at the north-western corner of the area with most sights. It's a bit of a walk to some, but Kanazawa is so spread out as to make that inevitable; there's nowhere you can be close to everything. The closest of the main sights is the seafood emporium of Omicho Market, but it's also reasonably close to the Phonograph Museum, the historical Higashi Chaya geisha district, and Kanazawa Castle Park.

There are a whole host of different room options, some of them very spacious indeed, over 30 square meters. Prices will vary with the room type and season, but a quick go at the internet suggests that you won't be paying much more than JPY5000 per person, likely less if you're in one of the smaller rooms. (This cost doesn't include the buffet breakfast, quite pricey at JPY1500, but online reviews suggest it's very good.)

It's about ten minutes' walk south-east from JR Kanazawa station, on the left on the main road heading away from the station. 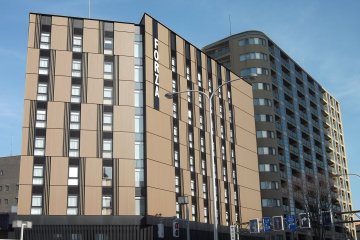 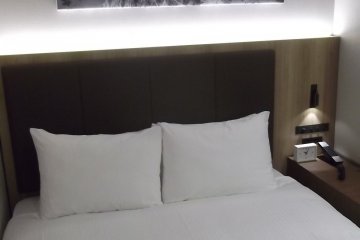 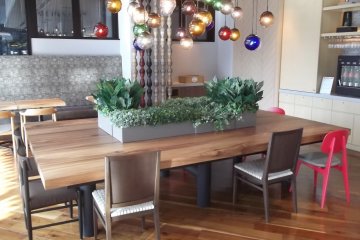 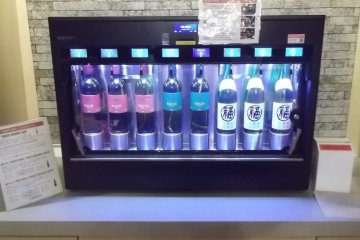 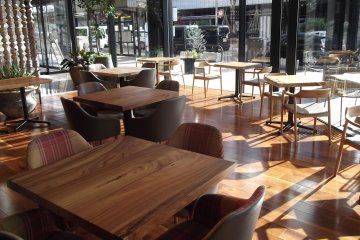 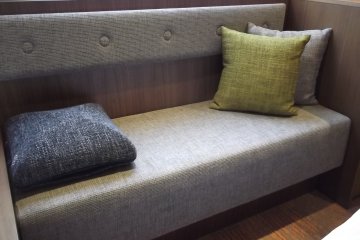