Higashi Chaya, the closest you can get to time travel

Kanazawa, located in Ishikawa Prefecture, off of the Japan Sea is famous for crab, high-quality sake and it is rich in history. Ruled by the Maeda clan for over 300 years, some of its more notable sites are Kenroku-en Garden and Kanazawa Castle.

While these are miraculous testaments of time, no other area, site or attraction for me surpasses that of the Higashi Chaya district. Higashi Chaya is the geisha district of Kanazawa and has left an indelible mark on both my heart and mind.

A solitary willow tree welcomes you to enter into the 19th century. Its cobblestone streets and lattice lined houses are an awe-inspiring sight to see. There are several former geisha homes where you can visit for a fee.

If you are to visit just one, undoubtedly it should be Ochaya Shima. For a 500 yen admission, here you can experience living conditions of the average geisha during that period. Considered a national treasure, it consists of two floors, with three staircases. A typical feature of its time, its purpose was so that guests would not run into each other as they were coming and going.

Containing three entertaining rooms per floor, each room is left as it was originally used. There you will view some of the most exquisite instruments, art, jewelry and accessories used by geisha who lived there. There is a presence that still remains at Ochaya Shima that is both sullen yet strikingly beautiful.

For an additional fee of 400 yen, you can end your visit with a bowl of matcha (powdered green tea) and a traditional Japanese sweet in the kitchen area. With pre-recorded shamisen music playing low in the background enabling you to further immerse yourself in the thought of just what might have occurred at Ochaya Shima.

The Higashi Chaya district is not just a great place to visit but one to stay as well. Not advertised, and where countless people pass by every day, is Yougetsu. A nearly 200-year-old former geisha home purchased by a couple and turned into a minshuku.

With five rooms where one can stay for a mere 5,000 yen (excluding breakfast), Yougetsu is free from any modern convenience (telephone, television, WiFi). Its owners do not speak English but they are very accommodating. Yougetsu does not have a website. Book by phone 0081-076-252-0497.

If you book in advance, ask to stay in the only room that overlooks the front streets of Higashi Chaya. Sitting by the window at night you may get to hear the sounds of geta upon the cobblestone street worn by a geisha on her way to an appointment. This might very well be the closest one gets to time travel.

A few feet away is the restaurant Higashiyama established in 1909. Upon entering you are now transported to the early 20th century. There is a choice of old-style bar stool seating or chabu dai (traditional low table). Here too, little is unchanged except for modern television.

This is where you will find locals and small groups of youth come to enjoy home-cooked meals and beer. My recommendation is the Katsu curry, a Japanese comfort food prepared the authentic way with an egg cracked on top. Meals range here from 800 yen to 2,500 yen.

As this is a place for locals, rest assured that you will cause conversations to halt and stares of curiosity bestowed upon you when entering. Give it time and someone will ask “dochira no kuni?” Everyone’s attention including the staff will be on you. Go with it. Citizens from Kanazawa are very laid back and you will be made to feel comfortable in no time.

After a final beer and light-hearted conversation I exit Higashiyama to find the willow tree beckoning me back to the 19th century. I stop and stare before it as the moonlight glistens on its long drooping branches swaying in the frigid November breeze.

Lost in wonder, I marvel in the changes that both the earth and an individual may go through over the course of time. I revel in the mystery of history and immerse myself in its magic. The magic that is Kanazawa. Until I return again and hope you will too!

Japan has left an indelible mark on my heart and soul. From the films of Mizoguchi Kenji to the culture of tea I am an avid consumer of anything related to the Japan of old and generally focus my travels and experiences within this realm. The culture of tea has so profoundly changed my life that ... 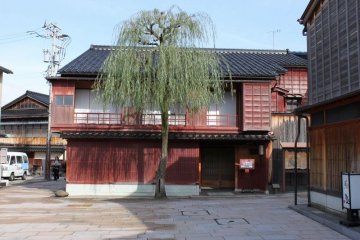 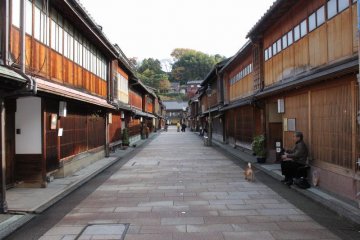 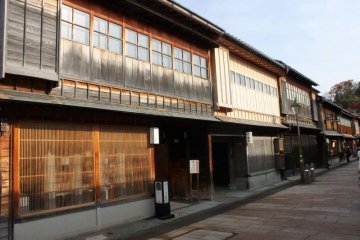 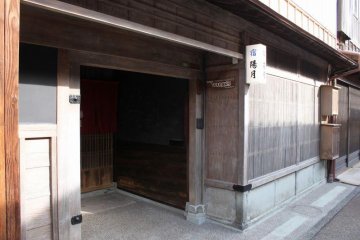 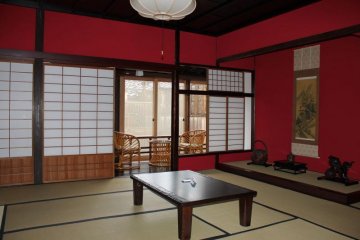 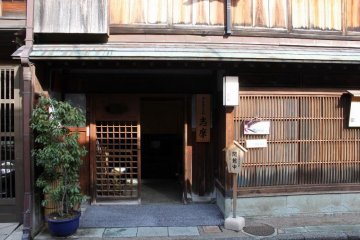 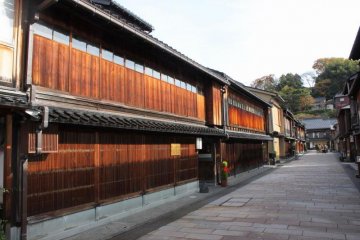 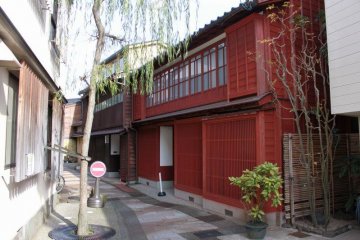 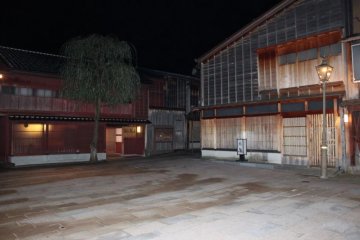 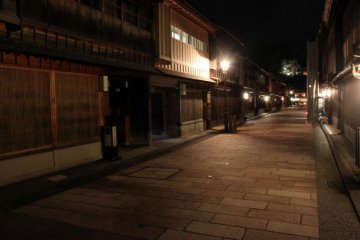 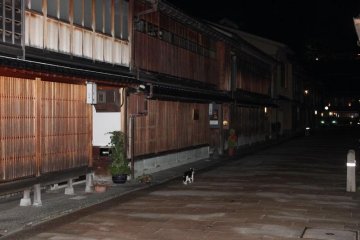