You'll soon understand why Sakuda shines as one of the more prominent gold leaf makers in town should you care to venture past its' shop windows to learn both the traditional and unusual ways in which the skilled craft makers are applying their trade in today's era. The company perseveres in Kanazawa’s gold-leaf-making techniques, a traditional craft of the Ishikawa region that remains the only of its kind after masters discontinued the practice of Edo leaf and Kyoto leaf techniques. Sakuda sells various gold-leaf products ranging from orthodox jewellery boxes and lacquerware to golf balls and facemasks.

The store is formally known as Sakuda Gold & Silver Leaf Company. After first opening in 1919, Sakuda flourished at the time when golden Buddhist statues and figurines for putting up on altars picked up in demand. Its business has developed from the sole production of gold-leaf production to selling its own gold-leaf accessories. While these gold-adorned products were initially limited to Yamanaka lacquerware, the store soon expanded its repertoire to combine gold leaf with various other forms of crafts and working materials.

Sakuda is located in the Higashichaya-gai district of Kanazawa and is within walking distance from Kenrokuen Gardens and Kanazawa Castle. The main store is situated a little way away from one of the main tourist walking street of Higashichaya-gai, with many other branches sprinkled around Ishikawa and Toyama. It offers a chance for visitors to try their hand at making gold-leaf products themselves. You can book into a workshop and have a go at embellishing some gold-leaf onto your very own pair of chopsticks or jewellery box for you to take home! Participants also receive a 10% discount off all other in-store purchases on the day of their workshop. They have also opened up their own working spaces so that members of the public are able to observe keen craft makers working the gold-leaf through the steps right up until it gets stuck onto the actual products. While the majority of its store space is devoted on gold-coated, gold-infused goods, it also has some more inconspicuous silver leaf products for sale. A pamphlet with English descriptions of the history and step-by-step explanation of Kanazawa’s golf-leaf process is available in the store.

If you are visiting the area, the store is certainly worth the trip to understand the fascinating process of gold-leaf making or at the very least, if not to make a trip to the golden bathrooms! Hakuichi and Hakuza are two other well-known stores in the gold-leaf business in Kanazawa. 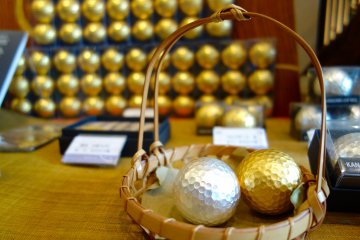 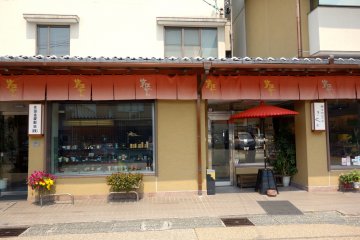 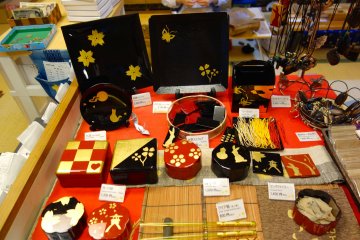 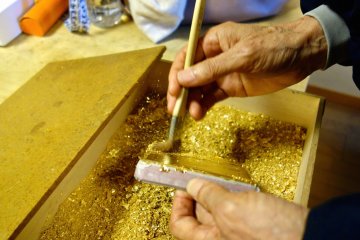 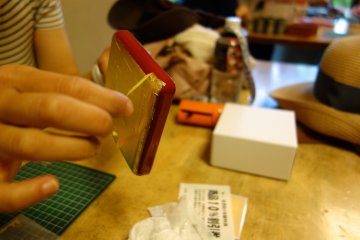 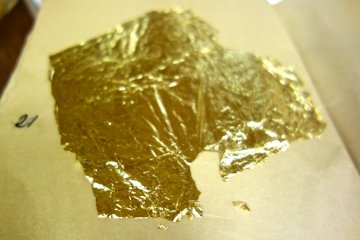 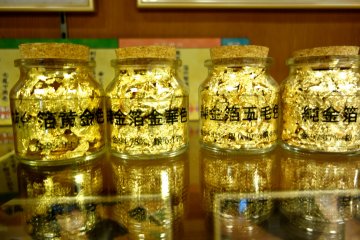 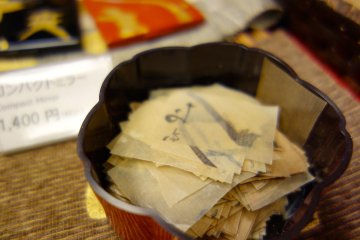 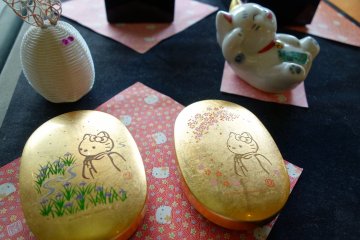 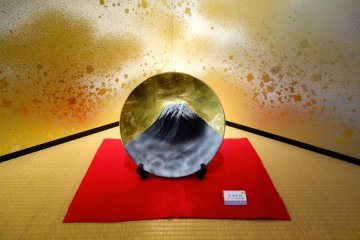 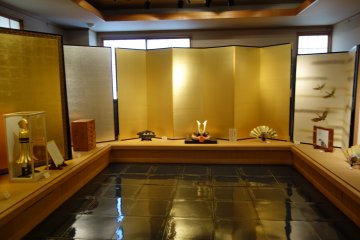 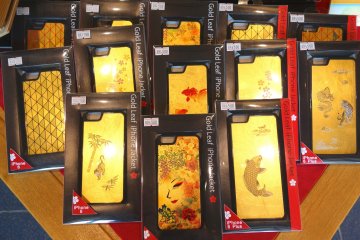