Mt Eboshi is known in Akita as Mt. Nyutto

Japan is well known for big cities, anime and manga. But did you know that almost 70% of Japan is forested and a lot of it is covered with mountains. That leaves a lot to explore outside of the big cities. Tohoku is the northern area of the main island of Honshu. It's probably the least well known part of Japan but it's full of breath taking mountains, forests, ski resorts, rivers and lakes waiting to be explored.

Each season has something different to offer in terms of beauty. Spring brings a lot of new growth and flowers. Summer offer a full carpet of greenery, autumn magically changes the colours of the leaves. Winter offers wonderful panoramic views. Of course, winter hiking has to be taken a lot more seriously, the weather can change dramatically in a short period of time. It requires a lot more preparation and much more equipment to carry.

This time we are taking a walk on Mount Eboshi located on the edge of Iwate and Akita prefectures. In fact, it's known as Mount Nyuto in Akita. I met a couple of friends at the trail head and thought I was at the wrong place since they said we were going to Mount Nyuto. I saw the trail head sign saying that it was Mount Eboshi. The Akita name probably comes from the very peculiar shape of the summit, it's a rather low incline at the base and then a small peak sticks out. So, I assume that's where the Akita name of Nyuto (乳頭) comes from. It translates as papilla or resembling a nipple.

We went in early October and it was probably the best time to view the autumn foliage. We started at a trail head called Takinoue (滝ノ上) meaning above the falls. There is a hot spring by the same name at the starting point. The trail starts in a large deciduous forest of beech, oak and maple trees. The lowest part of the forest was just starting to change colours. After about an hour of walking we reached the tree line and could enjoy a very large panoramic view of Mount Iwate and surrounding mountains from the west side. I had never seen Mount Iwate from that angle, if I didn't know it, I wouldn't have recognized it from the familiar shape that I'm used to.

From the tree line, there were a lot so small bushes that were in various stages of colour metamorphosis. We couldn't see the peak until we got over a ridge, then we could see the summit's very unusual shape. From that point we could see a lot of reds, yellows, browns and greens all around.

After a short twenty-minute walk on mostly flat ground, we were almost at the summit, only the last 100 meters was steep. The view at the top is panoramic, we can see Lake Tazawa on the west side, Mount Iwate on the east, we can see also Mount Kurikoma on the border of Iwate and Miyagi prefectures to the south, it's about 100 kilometers away.

After enjoying the top view, we made our way to another nearby peak called Mount Zarumori (笊森山), not quite as high but a short 30-minute walk away. From there we had a great southern view of Mount Eboshi. Our final destination was the Sennumagakura (千沼ヶ倉), it roughly translate as the 1000 swamps place. There are hundreds of small ponds of various sizes in a marshy area. The grass around them had turned light brown,a nice contrast to the autumn foliage. It's a very picturesque place to explore. If you look closely, you can see frogs and salamanders in some of the ponds. From there in was mostly downhill back to the parking lot.

It was a long and very enjoyable autumn hike with lots of amazing scenery to see, we walked about 17 kilometers. It would have been shorter to go to Mount Eboshi and back only but we wanted to see the little ponds as well on such a beautiful day.

Getting there, the trail head is only reachable by car. From the Tohoku Expressway, take the Morioka exit, head west towards Shizukuishi on Route 46, then take a right turn at route 194, follow it to the end. The road becomes narrow near the end. 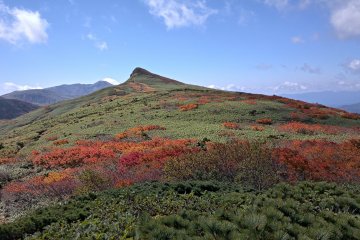 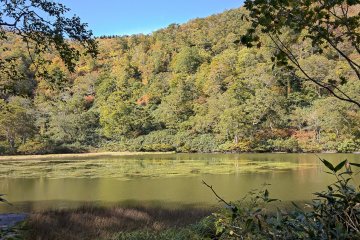 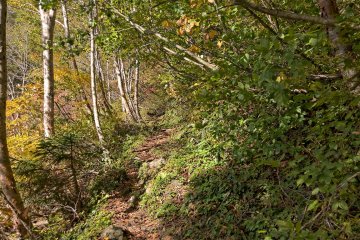 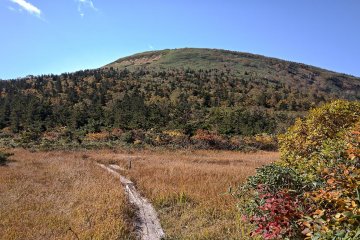 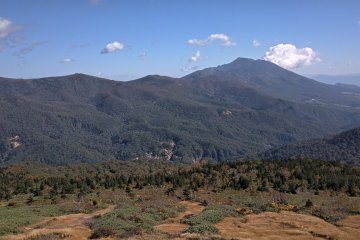 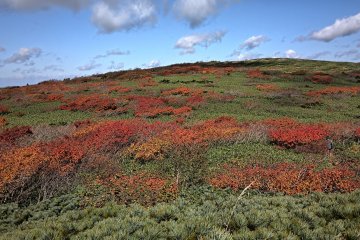 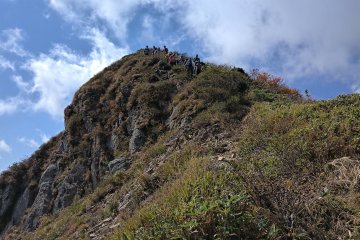 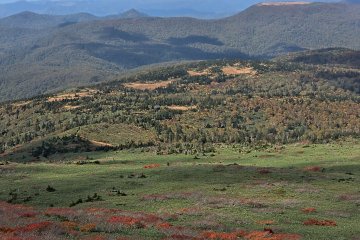 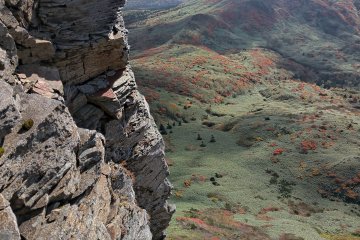 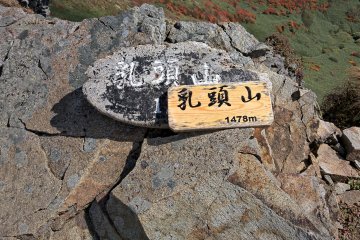 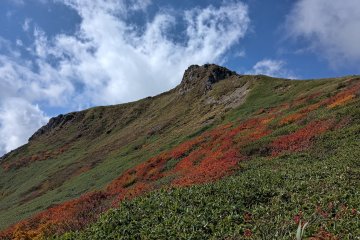 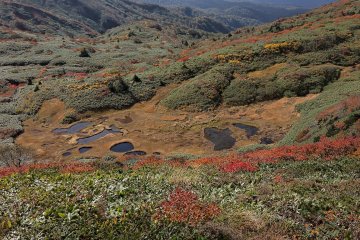 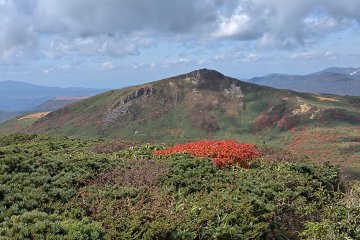 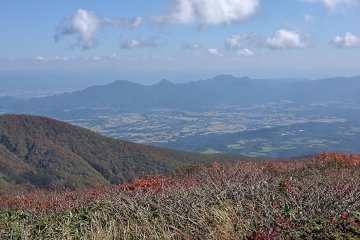 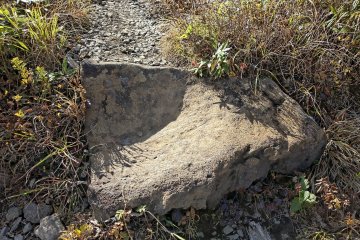 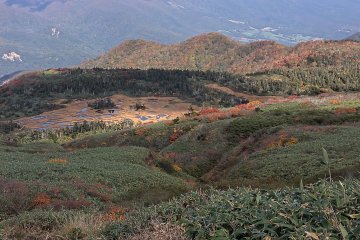 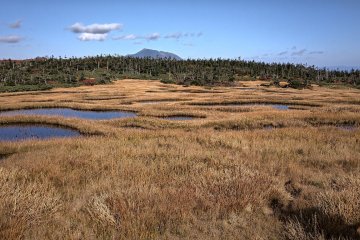 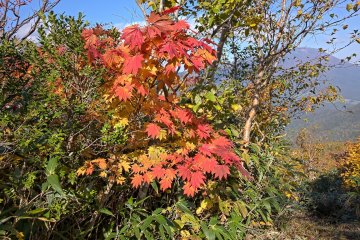 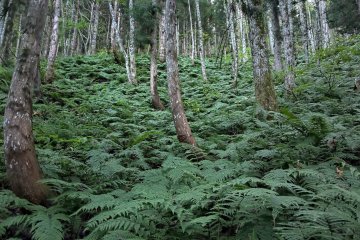