The Seven Wonders of Tainaisan Shrine

A true power spot hidden in the Iwate woods

This is not a famous or often visited shrine and it is located quite out of the way and hidden in a forested area. A wide, graveled path followed by some stone steps lead from a small parking lot by the road upwards on a hillside. The whole shrine area is arranged on this hillside on three different levels: the lower, the middle and the upper level. One can imagine that the higher one goes, the more sacred it becomes.

This shrine looks like a lonely place at first glance but then one can feel a mystical atmosphere. This place is not called a power spot for nothing. It is said that people have worshipped her for more than 1,300 years. Locals know that the history of this place reaches back to ancient times when the Emishi, an ancient ethnic civilization, roamed these lands.

This holy ground actually used to be a Buddhist temple in the Shingon Esoteric tradition before. A wooden plate explains that once the Buddhist deities Fudo Myoo, a Wisdom King, and Juichimen Kannon, the 11 Headed Goddess of Mercy, were once worshipped at this temple here. Hence, the rusty sword on the main building.

There is a 200 year-old building which is richly decorated with wood carvings. The carvings show flowers, animals and even people. This was probably a temple hall before.

The purification place is a bit special. It is a shimizu, a spring that is never out of water. It is one of the Seven Wonders. There are the usual tori gates that mark a shrine. And there are also the usual stone lanterns and stone guardians in the shape of lion dogs, and the usual shelf where to hang ema wooden plates for making a wish. These symbols of a typical shrine were added in recent centuries. At first one notices a trunk of a 2,000 year old cedar tree. This colossal trunk has two lines of sacred rope wrapped around its massive body and it is worshipped as the “grand-father tree”. It even has a roof build over it now for protection.

There is also a Komagata Shrine. This is a type of shrine that is specific to Iwate Prefecture. The deity that is worshipped here is called Komagata Okami. This is a collective name for actually six Shinto deities. Komagata Okami is thought to be the guardian deity of horses. The Iwate area has been famous for training war horses and even today there still nine horse farms here. Many local names have the ending of ‘hai’, which means stable and indicated that there might have been a horse stable there in olden days.

Tainaisan is known by the locals for its “Seven Wonders”, which can be admired one after another while walking around. These “wonders” are introduced on boards but unfortunately the explanations are in Japanese only. The most impressive "wonder" is a large bolder with a tree growing on it, but there is another bolder that is never covered by snow and yet another on which water never freezes, or so the legend goes. These megaliths dotted in the landscape seem to have magical powers.

The largest bolder, also the most sacred on the upper level of the shrine precinct, has a crack through the middle through which a person can pass through. It is been said that those who can pass through without touching the wall of the stone get a wish fulfilled. There is a rope around the bolder marking it as a sacred place. This channel through the rock probably gave the shrine its name. “Tainai” means into the womb and “san” means mountain. "Tainai", returning to the womb and be re-born is a Buddhist concept, and you find "Tainai Meguri" at some Buddhist temples around Japan, for example, at Kyoto's Kiyomizudera and at Miyajima Island's Daisho-in.

This megalith is said to be the sacred body of Arahabaki Okami, a Shinto deity. It seems that the belief in Arahabaki is a folk belief that is only found in the Tohoku region of Japan. It has been suggested that Arahabaki is the name of an old civilization in the Sendai area of Tohoku.

All history and legend aside, this is a wonderful place for spending some quiet time. Maybe sit down for a while and try to feel the energy of this place. Some meditation or mindfulness practice would be a good fit too. If you come by yourself, be sure to you feel comfortable in this quiet forest sitting next to ancient rocks!

Fly to Hanamki Airport and rent a car, then follow Highway E46 in direction of Morioka, finally continue on National Road 284. 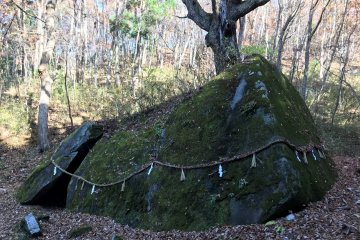 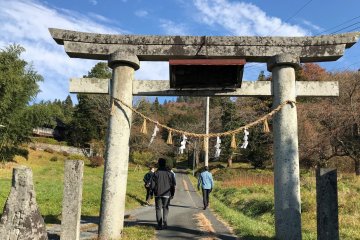 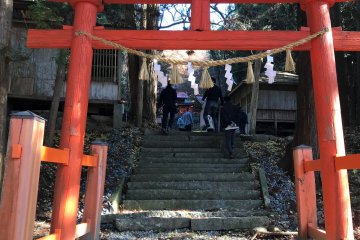 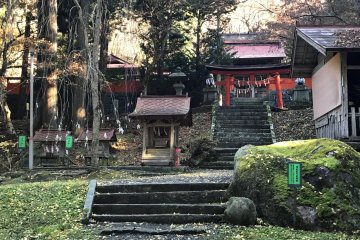 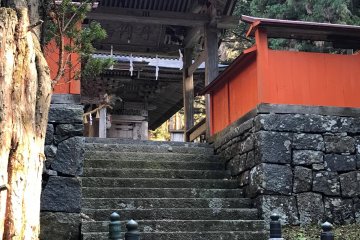 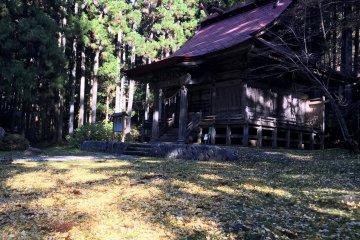 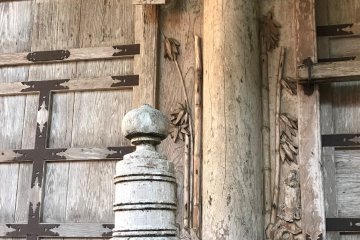 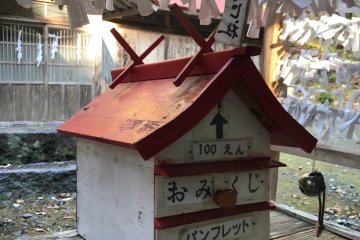 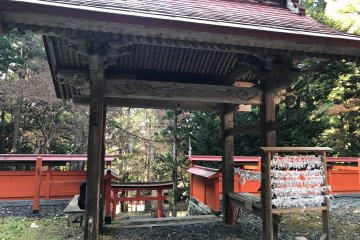 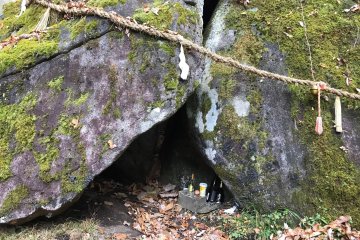 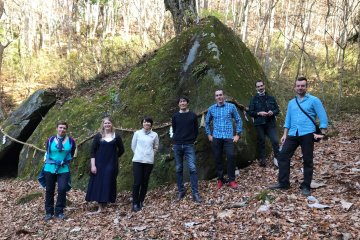 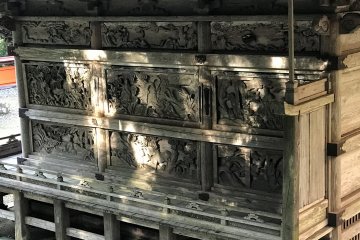