Light and Space in Naoshima

Happiness is not about you. Having the freedom of unlimited choices will not promise happiness. Happiness is about losing yourself in something bigger.

Some say we have six senses, not five. And the sixth is heart, or feeling. Heart is fed by relationships. Soichiro Fukutake, the creator of Chichu Museum in Naoshima often quoted Abraham Marslow’s hierarchy of human needs. It is said he actually envisaged community as the highest value, but withdrew it from publication during the McCarthy years for fear of association with communism. Part of the reason that Chichu Museum was created on this island was to create a sense of community between young and old, as well as a way to connect with the natural and built environments.

The museum’s namesake is the amalgamation of two Japanese words, “earth” and “middle”, with the majority of the exhibits displayed under the earth. Going underground may induce fears of darkness and being buried; however this museum is full of natural light. By going into the earth, you become part of it, and this act in itself explores our relationship with it. Most people see the earth, or nature as something that is separate from us, but we actually have a symbiotic relationship with it. Even the act of breathing in oxygen from the trees, and then feeding it with carbon dioxide shows this relationship at its most rudimentary level. We are made from the earth and it sustains us, and somehow, being aware of this connection can be a healing revelation.

Benesse, the company behind this museum, derives its name from Latin, meaning “living well”. In many ways it is a temple to well being, a place to detoxicate yourself from the noise of everyday life, a place to contemplate without dogma.

This is the kind of art to awaken, and to get you to explore your relationship with space, art, and the environment in an interactive or experiential way. Walter De Maria’s installation, called Time, involves a giant polished sphere in a specially designed room that is lit from east to west, so as the sun flies overhead; its light casts an aura that changes with each season. It brings out a child like delight in its visitors as they walk around the ball and the room, and they themselves become part of the art as they explore their relationship with this space. It is particularly magical during dusk.

With only three main exhibits, it is not a tiring museum, one where you rush to see everything and take none of it in, actually, it is paced so that you can take it in without having to study the art, and you just take it in, Monoha style, by walking around it.

Chichu Museum seamless weaves the man-made and natural forms of art. As you make your way up the road from the ticket counter, you will encounter a garden that looks comforting and familiar. Like Giverny transplanted, the water lilies and flower gardens are an introduction to a specially designed room for Monet’s water paintings of the same name.

On the other hand, entering the blue light exhibit by James Turrell is almost like falling through the air, a sensory experience that will have you throw your textbook on all your perceptions about art. This place is therapy for the heart, in an easy package that needs no prescription from your doctor. 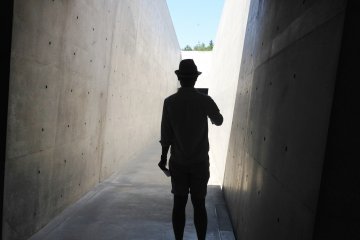 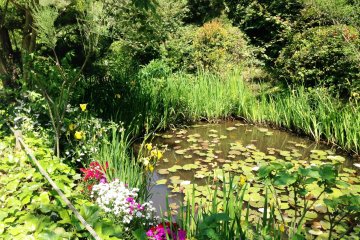 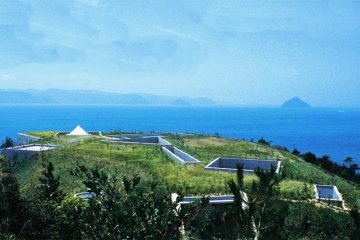 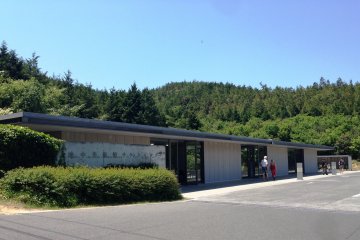 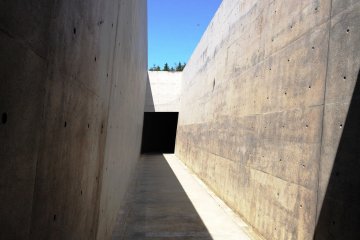