Marugame’s uchiwa, the traditional round Japanese fans, have been honoured as an artisanal craft since 1997. I learnt about Marugame uchiwa at the Tourist Information Centre at Marugame Castle. I was surprised there to be met by a frenzy of rainbow colored fans. There was a work space, but I was not to see any action. The fan maker was taking a break, holding court with some of his fans.

The skill involved in making the uchiwa, and why it doesn’t take just a minute to do, is that the fan’s handle and spokes are crafted painstakingly from a single piece of bamboo. Bamboo is used because the veins of the wood facilitate precise splitting. Forty seven steps are entailed, beginning with splitting the bamboo in exact equal pieces. The pieces are cut, sliced, honed, even “massaged” into the classical curved shape of the uchiwa.

White cotton or silk strings are put in next, manipulated to hold the frame together. A thin piece of rice paper or silk is fitted over and glued to the frame. This glue itself is artisanal, made and tested to be the right consistency to fit varied thicknesses of the paper. Now you know why these uchiwa aren’t what you get at kiosks or konbini.

With tradition, there is always a story. Being Shikoku, there will always be a monk or pilgrim or two, a shrine, and a couple of versions. One story is that a monk or pilgrim, in Kumamoto, Kyushu, offered to teach the art of uchiwa making to pay for his lodging. This was in 1600.

The other story is that these fans were already being made in Marugame as souvenirs for pilgrims to the still famous Konpira Shrine, also in 1600. So at least the dates are agreed on. In the 18th century, low ranking samurai earned extra cash producing the uchiwa. These first uchiwa were distinguished by a gold seal in a circle, against a background of red lacquer and the juice of persimmons. No wonder they caught on.

In the shop were a mixture of traditional Japanese, contemporary and current designs, such as “Merry Xmas”. The vibrant splash of the colors, the delicate wispiness of the paper and the sturdy bamboo frame were what they all had in common.

Marugame uchiwa have had to concede to economic realities, so some uchiwa are now made with machine cut bamboo. This is necessary to meet demand, and expedite the export of fans to overseas markets like India. It helps Marugame cough up 80,000,000 fans yearly, which accounts for around 90% of all uchiwa in Japan.

It was a fan day. As I walked through a park, I saw a group of students from a Marugame gakuen practicing a fan dance! They were being coached by a frisky teacher in a kimono with some smart moves. She could rock! A solitary ex-member danced by himself. You can take the boy out of the dance but you can’t take the dance out of the boy. I sure wanted to join in. 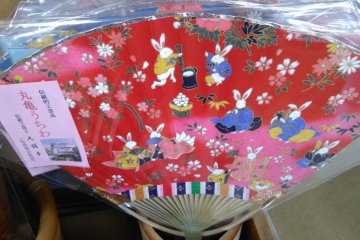 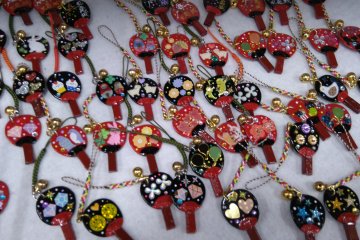 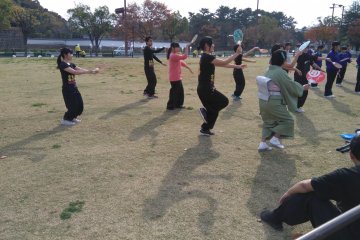 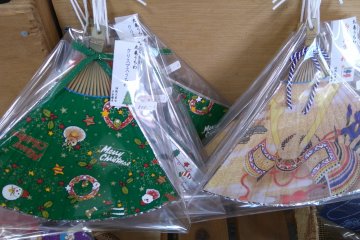 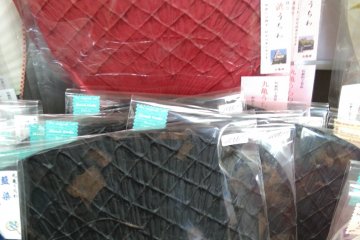 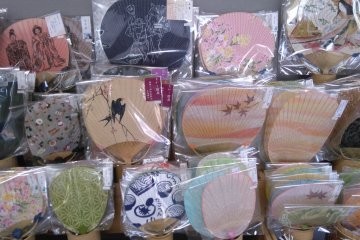 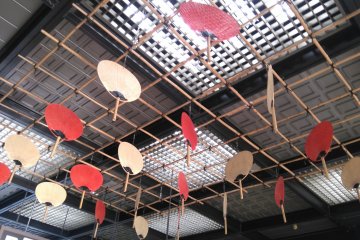